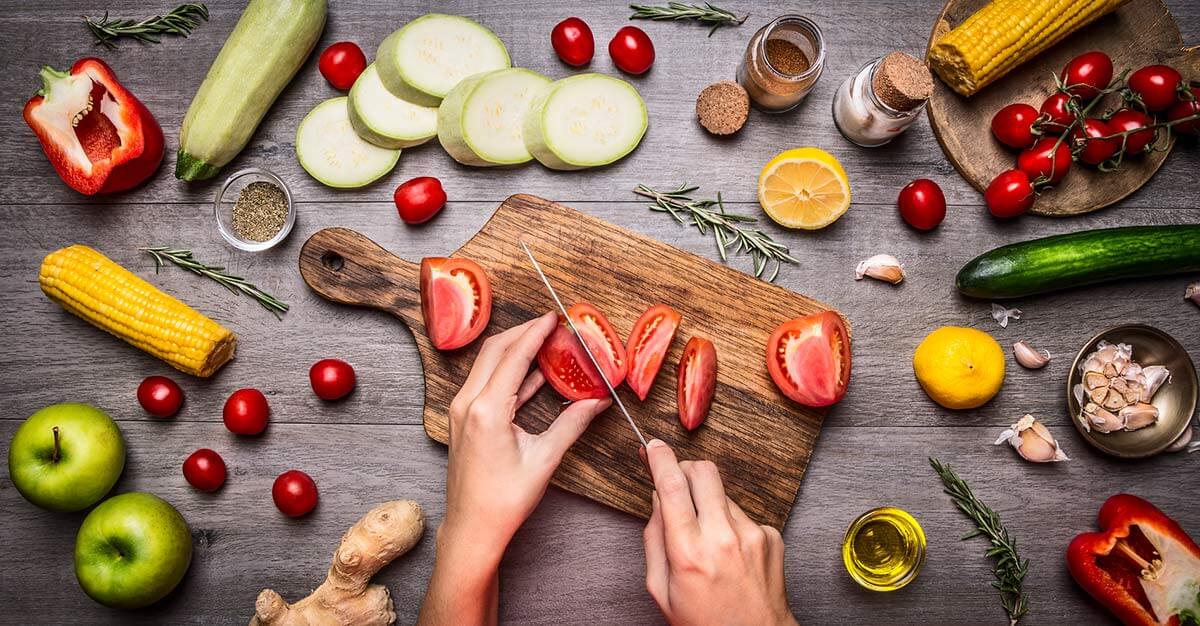 For World Food Day Sunday, the Elsevier Newsroom is featuring research studies exploring the properties of banana flour, what happens if you ingest one of the hottest chili peppers in the world, and what makes us buy sweets in the supermarket.

The collection is from the Elsevier Research Selection (ERS), an email developed by the Elsevier Newsroom spotlighting interesting topical research articles for health and science journalists. The research included is peer reviewed, has not been press-released or covered in the media, and is not embargoed.

Articles are available to credentialed journalists through free access to ScienceDirect, the world's largest repository of full-text scientific information.

In addition, Elsevier has made these articles freely available to the public until January 10, 2017.

Everyone likes ice cream. What if it were good for you? A team of scientists answers this question in Nutrition. Participants were asked to either consume antioxidant ice cream based on dark cocoa powder, hazelnut and green tea extracts, or a control ice cream made of unsweetened milk chocolate. Results show that two hours after eating the antioxidant treat, participants showed a significant increase in the serum level of polyphenols, and a decrease in oxidative stress. This is the first study to demonstrate the acute antioxidant effects of the cocoa, hazelnuts, and green tea mixture incorporated into ice cream. According to the study, consumption of this ice cream may strongly improve vascular function and physical performance, and counteract oxidative stress in healthy individuals, athletes, the elderly, and even in patients suffering from chronic and degenerative diseases.

Doctors writing in The Journal of Emergency Medicine have warned that the rise of ‘food challenges’ may complicate diagnoses. The paper reports a case of a 47-year-old man admitted to hospital after eating a hamburger laced with Bhut jolokia. Bhut jolokia, aka the Ghost Pepper – is one of the hottest chili peppers in the world, ranked at over 1,000,000 Scoville heat units (in comparison, Cayenne pepper registers at around 30,000-50,000 SHU). After eating the fiery feast as part of a local restaurant food challenge, the patient presented with severe vomiting, chest and abdominal pain, and profuse sweating. Initially, doctors assumed his symptoms related to ‘discomfort’ after his meal, before discovering a 2.5cm rupture in his oesophagus. The condition, caused by excessive vomiting, is rare, carries a high mortality rate, and is called Boerhaave syndrome after the 18th century physician whose patient died after vomiting up a gluttonous lunch. The patient in this case, however, was discharged from hospital after recovering from surgery.

Feeling warm-hearted? Why a bottle of wine will cost you more

A new study published in Food Research International suggests that the more positive you feel, the more cash you’ll spend on a decent bottle of red. Researchers used a range of expertly-rated wines and looked at relationships between how people rated wines of varying quality, drinking context, emotional responses to wine, and how much people were willing to pay. Although the discerning taste buds of the Australian Shiraz drinker don’t appear to be fooled by the setting of a wine tasting (the study showed that good quality wines taste good anywhere), people do feel better doing their drinking in a restaurant rather than a lab. In fact, peoples’ emotional responses to wine directly influenced how much they wanted to pay for it. So be careful if you’re feeling content, enthusiastic, optimistic or passionate; research suggests you’ll want to pay more than your discontented drinking companions.

Go bananas about baking to improve your health

“Fruit cake” takes on a whole new meaning in this paper published by Food Chemistry. Researchers used damaged bananas (which would normally be thrown away) to create ‘banana flour’ – a low-cost alternative to wheat flour. This fruity flour was used to bake sponge and layer cakes, which were rated on their appearance, taste, and nutritional value. 72 Cake fans volunteered as testers, reporting that the layer cake in particular was a sensory success. The researchers found that even after baking, the banana flour provided nutritional benefits: high levels of dietary fibre, antioxidant capacity and polyphenols. The presence of resistant starch in the banana flour may help address the ‘carbohydrate gap’: a deficit common in Western diets, characterised by a lack of resistant starch, which is needed to maintain digestive health.

This Apple is Too Ugly for Me! Consumer Preferences for Suboptimal Food Products in the Supermarket and at Home
Food Quality and Preference | doi:10.1016/j.foodqual.2016.09.012

Eliminating food waste has made the news recently, with supermarkets adopting initiatives such as giving unsold produce to charities. What else could be done to cut food waste? Changing consumers’ attitudes toward produce that looks imperfect could be a starting point. Writing in Food Quality and Preference, a team of researchers investigate which conditions lead consumers to accept, purchase and consume suboptimal products. A survey of 4,214 European citizens reveals that appearance standards (for example, an apple with a spot), date labelling (milk and yoghurt close to the best-before date), and packaging (broken biscuits) have a different effect on people’s willingness to buy. We seem more willing to buy a bent cucumber with less of a price discount, for example, than a carton of milk close to expiry date.

Kangaroo Care - a parenting method which involves lots of skin-to-skin contact with new-borns -  might help premature babies learn to eat by themselves, according to new research published in Early Human Development. Eating difficulties are a common problem for babies born prematurely; not only have they been linked to developmental problems later in life, but they can also extend the amount of time babies have to spend in hospital. Researchers found that early skin-to-skin contact with parents meant that babies were younger when they reached important feeding milestones and, on average, could be discharged from hospital at a younger age.

Cupcakes as a functional food?

Effect of Roselle calyces extract on the chemical and sensory properties of functional cupcakes
Food Science and Human Wellness | doi:10.1016/j.fshw.2016.07.003

Cake is often a guilty pleasure, but have you ever considered adding a very different type of ‘flower’ to give your standard cupcake some health benefits? Research published in Food Science and Human Wellness has provided a breakdown of the chemical and sensory properties of cupcakes made with Roselle calyces extract. Roselle calyces extract is already commonly used in food and pharmaceuticals for natural colouring, and has been shown to reduce chronic diseases such as diabetes and hypertension. 100g of the Roselle calyces cupcakes would provide around a third of the daily dietary fibre intake, and would be considered as a functional food. The finished cakes were also given the seal of approval by a panel of tasters, who rated aroma and appearance highly in relation to a control cupcake.

Women may eat more carbs just before their period starts

A paper published in Annales d'Endocrinologie has explored the connection between women’s menstrual cycles and their eating behaviours. A group of healthy women, representative of the general population, were monitored to record their food intake, weight, and waist measurements over the course of one menstrual cycle. The results showed that the study participants significantly increased their caloric intake – of carbohydrates in particular – during ovulation and the luteal phase (the phase just before their period); and increased in weight just before and during their period. The women in the study lost 300g during ovulation, immediately followed by a 500Kcal increase in their food intake. However, their waist sizes did not significantly change. The study findings link back to previous papers, which have reported cravings for sweets and chocolate just before menstruation. Importantly, the menstrual cycle’s effect on dietary habits should be factored into any evaluation of a women’s diet.

How to win customers and influence people

The influence of sweet positioning on shelves on consumer perception
Food Packaging and Shelf Life | doi:10.1016/j.fpsl.2016.09.001

How do gender differences change the way we choose and buy everyday products in the supermarket? Research published in Food Packaging and Shelf Life has used eye-tracking technology to look at how various shelf elements and positioning of sweets is perceived, specifically by millennials. Differences in male and female purchasing behaviour were observed, with men more likely to concentrate on the centre of the shelving unit, while women tended to focus on the shelving unit as a whole. Gift offers and competitions, and creative or distinct packaging were found to have an effect on the brand chosen by both men and women, but the most important element was shown to be pricing and discount offers. 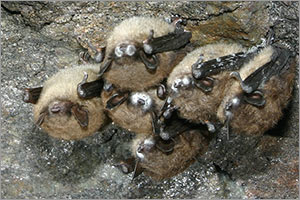 The silent invasion of the killer fungus 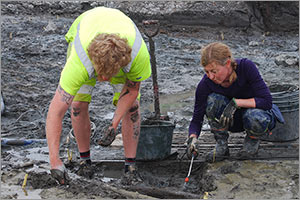