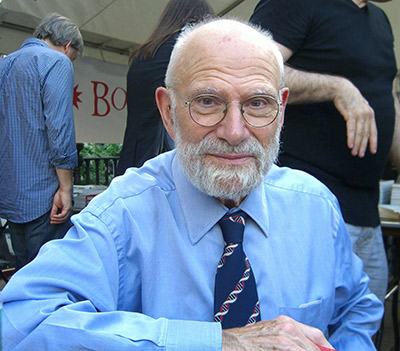 Renowned neurologist and author Dr. Oliver Sacks, 82, passed away at his home on Sunday, succumbing to cancer. A legendary contributor to brain science, Sacks was a bestselling author and humanist who often wrote about the stories of his patients, capturing them through literature as case studies. He is remembered most notably for An Anthropologist on Mars, Awakening and The Man Who Mistook His Wife for a Hat. Self-described as “neurological novels,” Dr. Sacks’ published work was not only celebrated in the science community but was widely popular with the general public.

Dr. Sacks, who began his career in 1966 as a researcher in New York, influenced many of today’s leading neurologists.

He was well-known for his innate ability to illustrate his patients not just as scientific samples but as inspiring characters. His most popular patients included Madeleine J., a blind woman who observed her hands as “lumps of dough,” and Dr. P., whose brain lost the ability to decipher what he was seeing.

Dr. Sacks was a medical doctor and longtime professor of neurology at the New York University School of Medicine and the Albert Einstein College of Medicine, and his unique and thought-provoking case studies were modeled after the work of 19th-century physicians. His work gained such popularity that it was adapted for film. Awakenings, Dr. Sacks’ book about a group of patients rendered catatonic from a unique form of encephalitis inspired the 1990 movie starring Robin Williams and Robert De Niro.

Dr. Oliver Sacks touched many lives through his research and writings. We invite you to share your thoughts and tributes to Dr. Sacks in the comments below.

Throughout his career, Dr. Sacks dabbled among many disciplines as he eagerly worked to decipher the connections between science, art, psychology and physiology. He maintained an ongoing list of topics of focus on his website. Topics he wrote on varied dramatically and included aging, deafness, dreams, hallucinations, music, photography, schizophrenia and swimming.

Dr. Sacks continued his work well right up to the end. In 2007, he joined Columbia University as an interdisciplinary professor, and in 2012 he returned to New York University School of Medicine as a professor of neurology.

The passing of Sacks is an immense loss for the science community. However, his work will live on and continue to inspire and educate future generations.

To further honor the legacy of Dr. Sacks, we have made some of the work he published with Elsevier freely available until December 1, 2015:

On the immunity principle: a view from a robot
Trends in Cognitive Sciences, Volume 4, Issue 5, 1 May 2000, Page 167
Jonathan Cole, Oliver Sacks, Ian Waterman

Peter Frans Bakker is Executive Publisher for Health & Medical Sciences at Elsevier, where he oversees medical journals in neurology, psychiatry, pain and anesthesiology. He is based in Amsterdam.