In June, The Lancet will launch its first gold open-access title. The Lancet Global Health will publish original research, commentary, correspondence and blogs on topics such as reproductive and child health; infectious and noncommunicable diseases, mental health, the global health workforce and public health.

The Editor is Zoë Mullan, who joined The Lancet as an Assistant Editor in 1999, becoming Senior Editor in 2002. She has worked on several of The Lancet's large global health series and special issues, including those on chronic non-communicable diseases, maternal health, the global health workforce, disability and stillbirths. She is based in London.

Jocelyn Quigley, Marketing Director for The Lancet, writes about this new journal for Elsevier Connect. [divider]

The Lancet is known for being a champion of global health research and policy and for its contribution to publishing the most authoritative global health science. 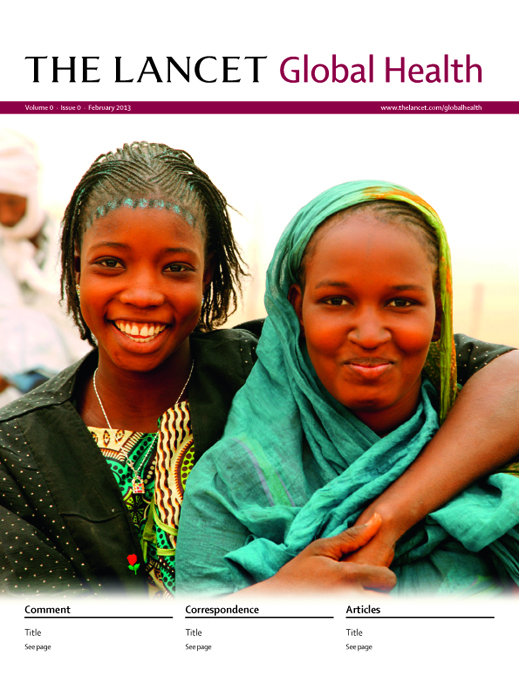 The first Lancet global health series on child survival, published 10 years ago in June, was a groundbreaking piece of research but also represented an unprecedented movement for global change. It showed that 10 million children were dying each year before their 5th birthday, but that two-thirds of these deaths could be prevented by simple measures such as exclusive breastfeeding and the provision of oral rehydration solution.

These issues are the focus of two of the eight UN Millennium Development Goals — the set of poverty-reduction targets globally agreed upon in 2000 at the Millennium Summit in New York.

Plenty of progress has been made since then, but the world is still not on track to meet the targets of a two-thirds reduction in child deaths (MDG 4) and a three-quarters reduction in maternal deaths (MDG 5) between 1990 and 2015. As development partners now look towards what happens after the goals expire in 2015, The Lancet's continued focus on this unfinished agenda is tremendously important. A series just published in April on childhood pneumonia and diarrhea stressed the imperative not to lose focus on these two biggest killers of children worldwide.[divider] 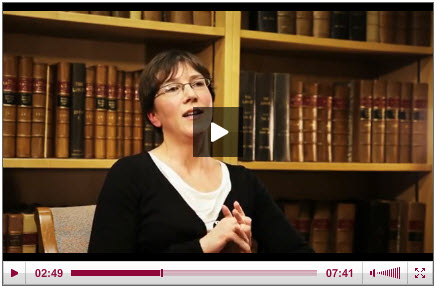 In this video, The Lancet Global Health's Editor, Zoë Mullan, and The Lancet's Editor, Richard Horton, discuss the philosophy of the new journal.

The Lancet Global Health was created to give prominence to the more locally relevant concerns that might not make it to the pages of a general medical journal such as The Lancet.

The treatment of a little-known yet devastating childhood infection in Papua, New Guinea; the delivery of antiretroviral treatment by nurses in South Africa; diabetes case management by rural health workers in Iran. All these research topics, and more, deserve high-profile dissemination.

In Horton's words: "Global health does not happen at 38,000 feet; it happens on the ground, in countries, and this is whereThe Lancet Global Health can add prominence and support."

The Lancet Global Health is also the first gold open access journal for The Lancet. There will be no subscriptions or registration barriers, and authors will retain copyright on all material published in this online journal.

Because the journal will be publishing papers that are most relevant to those working in low- and middle-income countries, the free availability of the content is an obvious advantage. The journal will be financed by a publication fee levied on the funders of accepted research papers, but if these funders are based in low-income countries, the fee will be waived. (Low-income countries are defined as those in group A or B of the Health Inter Network Access to Research Initiative (HINARI) or in a country with a low human development index.)

Like existing Lancet titles, this journal will focus on providing timely, influencial articles that are relevant to clinical practice. Emphasis will be given to local, context-specific research with regional or global implications, and the intention is to provide a voice for researchers who do locally relevant research to influence global debates.

All original research will be subjected to The Lancet's usual rigorous standards of external clinical and statistical peer review, and will be edited by experienced copy editors. Although the scope is towards more locally relevant research rather than the vast multi-country studies that The Lancet weekly journal is known for, quality will remain high and priority will be given to studies with a robust methodology and practical relevance.

"This is a fantastic opportunity to expand The Lancet's capacity to publish high-quality research with a direct relevance to practitioners and communities in low- and middle-income countries," Mullan said. "We look forward to receiving submissions from researchers we already know, as well as welcoming a new generation of authors who, rightly, expect the results of their research to be free to view." [divider]

When English surgeon and social reformer Thomas Wakley foundedThe Lancetin 1823, he announced, "A lancet can be an arched window to let in the light or it can be a sharp surgical instrument to cut out the dross and I intend to use it in both senses." This philosophy remains at the heart of the journal today.

Through the 19th and 20th centuries, The Lancet pursued its mission to grow the evidence base the world's medical community requires to combat the global burden of disease. Entering the 21st century, The Lancet has launched specialty journals in the fields of oncology, neurology, infectious diseases and, in 2013, respiratory medicine, global health (in June) and diabetes and endocrinology (in August).

As an independent, authoritative voice in global medicine, The Lancet publishes medical news, original research, and reviews on all aspects of clinical medicine and International Health. TheLancet.com website publishes important journal content online ahead of print publication. The Lancet became part of Elsevier in 1991. Learn more about The Lancet here.