The diplomatic scientist — view from the UN 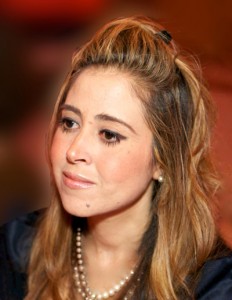 Here, she writes about her new experience as a member of the United Nations Worldview Institute.

As a new PhD student, I was given an assignment to figure out the relationship between a broad and diverse disease known as cancer to a granular part of our human physiology responsible for the production of energy, called a mitochondrion.

“These animals age too quickly,” the professor proclaimed, “and when we open them up, they are riddled with tumors. Figure it out. And if you do not publish a ‘first author’ with mechanism in three years, no PhD.”

Stimulated by the challenge, confused by the terminology, overwhelmed with pressure, and excited with a full-ride grant from the National Cancer Institute, I accepted.

[pullquote align="right"]Ultimately I learned that we each create our own path.[/pullquote]

Early on, the experience was fraught with frustration. Where does one start? How does one even begin the journey of experimentation when there was no journey preceding it, no trail to follow? In my search for leadership, I looked to my professor, who only put the responsibility back to me. Ultimately I learned that we each create our own path.

One of the first accomplishments many scientists achieve is the publication of their first primary authored paper. It is a reward that reinforces the process of discovery — an addiction to unraveling that which is unknown, and sharing this information as widely as possible to whomever will listen.Working as a professional editor heightened this sensation on a daily basis. Some careers were born while others seemingly destroyed, by an executive decision taken in light of reviews shared by the community. The ability to transform this information into palpable pieces understandable by the general public offered considerable insight into the realm of science publishing and its power to drive policy changes that affect our world. 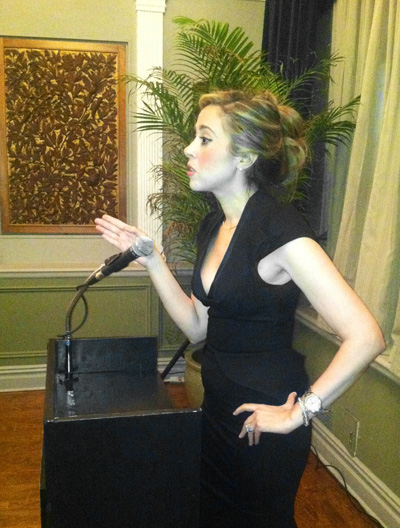 I realized my responsibility to make science relevant to each person, and it plagued me throughout my editorial work. While I remain engaged with my academic community by teaching and training graduate students, it led me to consider a broader role where I could train a team of editors (about 65) and pierce deeper into how this information could influence not just academics but also industries and governments worldwide.

The depth and intimacy of the seminars are truly enriching academically. They expose you directly to the leading source of information on a particular issue, and they allow you to question the source in an open, transparent forum. There is no space or time for egos, and the goal is unanimous: to ignite the interest of tomorrow’s generation of world leaders.

In the inaugural course, Deputy Secretary-General Jan Eliasson elucidated his experience with some of the most coveted moments in world crises. An expert in mediation, he has a striking personality, balancing authority with friendliness in a way that reflects his uncompromising peacekeeping skills.

In describing what inspires him to continue this line of work, he told us about the first time he employed an international peace zone in the 1980s between two warring factions who refused to negotiate in the absence of a common ground at the expense of lives being sacrificed each day.

The overarching lesson, in addition to strictly adhering to the UN Charter, was that cultural acceptance and understanding is needed to achieve peace and freedom together with justice.

Dr. Khidr’s article “Champions for Change” appears on the website of the UN Worldview Institute.[/note]

He encouraged our exposure to the most hostile world environments to fully recognize the interconnectedness of the world so we can appreciate how one crisis affects all of us in a multitude of ways. For example, piracy and armed robbery against ships off the coasts of East and West Africa would not have previously crossed my mind as truly affecting my own personal life, let alone international peace and security. It seemed like a problem for others affecting their sustainable development.

But when I stopped to consider the tragedy of seafarers being held hostage, I realized the impact this situation is having on a broader issue: the freedom of trade. Without maritime safety, nearly 90 percent of the world’s trade is forced to take longer routes for the exchange of goods, which undoubtedly increases their cost. And, who pays for that? I looked deeply into my morning Starbucks coffee and started to calculate where those $4 might really be going, human rights issues notwithstanding. What cost are we willing to pay to continue to allow the discomfort of others? 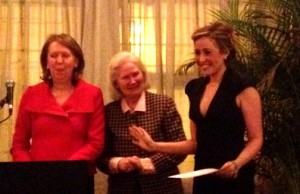 During another meeting, the UN Secretary-General Ban Ki-Moon discussed the launch of his new book, Building a Better Future For All, a collection of his speeches from his first six years as Secretary General.

In addition to the Worldview Institute, five other organizations were invited to this special event where Mr. Ban – in light of the intense criticism his role generally garners for the UN -- answered unvetted questions pertaining to nearly all of the world’s problems in less than an hour. To say that it was inspiring is an understatement.

As a scientist and publisher, I work closely with an editorial team of scientists, authors who are scientists, and an audience of scientists. A few years ago, it dawned on me that we could use this global unifying language in an entirely new way.

Our journals cross all regional, national and international borders, and we engage in conversations that often require a lot of perspective, perceptiveness, cultural awareness and understanding. The process expands beyond relationship management, and stems into a diplomatic arena that promotes camaraderie even among the fastidiously divided.

[pullquote align="right"]We – as scientists, editors and publishers – are like ambassadors investing effort to make the exchange towards progress seem effortless.[/pullquote]

Exposing this scientific work to experimental scrutiny by the immediate community and to worldwide readership bridges people whom otherwise might never collaborate or communicate. In this way, we – as scientists, editors and publishers – are like ambassadors investing effort to make the exchange towards progress seem effortless.

As a scientist, I spent more than a decade devoting myself to logical, structured and deductive reasoning to answer complex, unidentified or misunderstood problems. Oftentimes I failed, and it was only through that failure that I was able to recognize the steps leading up to, and into, the experimental mess I created.This never-ending process of continuous defeat forces us to rethink the problem within every uncomfortable dimension until a resolution is achieved. This ability is not honed in solitude but in the learning environment one is immersed in. It is within this place we can share these new ideas so that, together with peers, collectively, we advance our field one discovery at a time.

Today, when faced with new challenges, intractable problems or projects with no past or present, I reflect on this discovery process and welcome the opportunity. Knowing that failure is the harbinger leading me towards an important lesson, I value my life’s teachers, who showed me I had to trek my own path.

Now I know that leaders do not create followers; they create leaders. 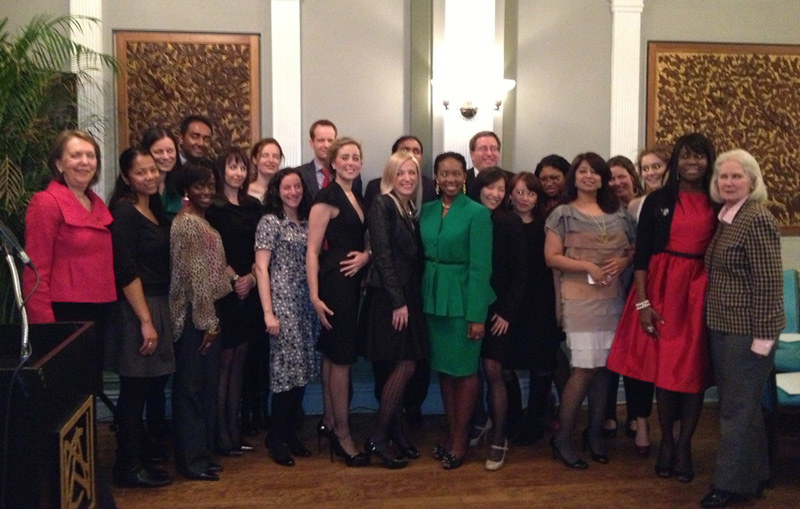