From negotiating deals to getting patients to follow “doctor’s orders,” how you frame a problem can make a huge difference

There are two human priorities: the first is to win and the second is to not lose.

It seems simple – so obvious that it’s easy to take this principle for granted. But as you will see, failing to frame your messages in these terms will impact your ability to influence people – sometimes to your detriment.

This principle applies in professional as well as personal situations. Understanding how to frame a problem is crucial, whether we’re writing proposals, negotiating deals, advancing change initiatives – any situation where we’re trying to influence others.

I’m going to start with a story from my personal experience. It’s about a cardiologist I’ll call “Dr. C.” 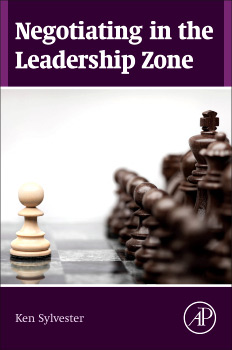 Ken Sylvester is the author of Negotiating in the Leadership Zone (Academic Press, 2015), which addresses the question: “How do leaders become better negotiators?” Chapter 7 – “The Power and Influence of Frames” – discusses the “two human priorities” and several additional leadership frames.

During a casual visit, Dr. C told me how frustrated and discouraged he was about many of his patients' post-surgery behaviors. He explained that many had sought him out because smoking had damaged their  heart to the point that it threatened their lives. Prior to surgery, his patients said they would do anything required to continue living. However, the reality was that after surgery, many of them continued to smoke.

I asked him to describe his pre-surgical methodology intended to motivate patients to discontinue smoking. The following description concisely illustrates what he most often said. (Note: I have substituted complicated medical terms with plain language for ease of understanding.)

Smoking has compromised the physical operation of your heart and cardiovascular system. The only course of action that will save your life is to replace your heart. Following your heart replacement, and if you stop smoking now, you will likely add approximately 10 to 20 years to your life.

Doc, I will do anything you say if it will save my life.

What is a frame? 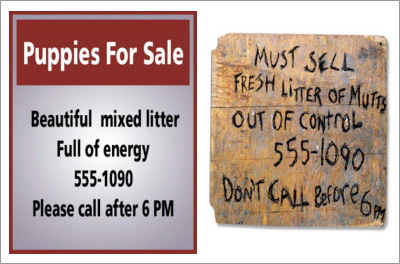 It has been said that those who know how to influence others benefit the most from negotiation. (Compare the first puppy poster to the second). Frames are mental maps. A frame is a particular way of thinking within a particular context. There are many ways to describe a frame, such as: “a cognitive map,” “a mental window,” “a point of reference,” “a person’s way of thinking,” “a scheme” or “a lens.” A frame is what energizes a Leader-Negotiator’s (L-N’s) communication and persuades people to want to do what the L-N needs or wants them to do. It follows, then, that the L-N must be able to select frames that are most advantageous to their organization. Frames influence, if not control, what a person sees, hears, and experiences as well as what he or she does not see, hear, and experience.

As I listened, I was listening both to:

Following is my assessment of how this doctor framed his pre-surgery message and the likely impact of those words upon their post-surgery behaviors. For clarification, there are numerous frames, but for the purpose of this article, I will work with only one frame – the human need to win and the need to not lose.

It is important to understand what the frame is in this story. The doctor’s frame was:

If you stop smoking now, you will likely add approximately 10 to 20 years onto your life.

The frame that not smoking could add years onto the patient’s life implies that the patient could live until he/she were 73 years old or more.

Certainly, Dr. C’s intention was to encourage his patients that they would live longer if they ceased smoking. However, the point here is that this cardiologist’s intended message may not be what the patient heard.

Dr. C indicated that even after patients agreed to stop smoking in order to save their lives, approximately 70 percent resumed smoking following their heart transplant. In fact, many asked to smoke within hours and days of their heart surgery. In frustration, Dr. C reported that numerous patients became upset, even “fuming mad,” when it was explained that they could not smoke while in the hospital.

Dr. C cited story after story that his patients’ persistence to smoke after surgery contributed to his discouragement about his lifetime pursuit of acquiring lifesaving skills, only to have patients repeat the very behavior that forced them into the required surgery in the first place.

I asked Dr. C if I could make an observation about his approach (the way he framed the information). He agreed, but said it would do little to change his experience.

I proposed that his pre-surgical approach could have unintentionally contributed to his patients continuing to smoke. At first, he was defensive about this suggestion. He reminded me that he was an accomplished surgeon, having attended a highly prominent medical school. Therefore, he deduced that he could not have contributed to his patients’ post-surgery smoking behavior.

However, I contended that in this case, the surgeon may have unintentionally framed his patients to continue smoking post-surgery, unaware that he was doing so. How did this happen?

Dr. C unknowingly and unintentionally framed his patients to believe that they would survive the surgery and would add an additional 10 to 20-plus years onto their lives, in effect taking the edge off the patient’s fear of dying. Essentially, patients heard that their surgeon could replace their heart and they could return to their daily routines (i.e., smoking).

My recommendation to Dr. C – and the results

I asked the doctor to try something new. After all, his approach was not working as desired, so what would he have to lose? He agreed. 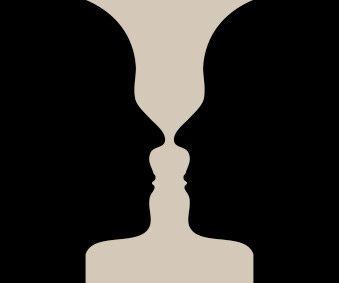 I asked him to replace his frame of telling patients that they would gain 10 to 20 years after surgery with an alternative – the alternative being to frame his message toward what his patient would lose instead of what they might gain. I recommended that he say in his own words something like:

If you continue to smoke following surgery, you will have about 1 to 3 years to live. And we cannot replace your heart a second time.

I asked the doctor to frame his message like this for about three months. I suggested that his office keep statistics to measure whether there was a change in patient’s post-surgical smoking behavior. He agreed to give it a try.

Five months after our conversation, Dr. C contacted me to report that about 80 percent of his patients stopped smoking after their heart surgeries. Contrast that with the 70 percent that continued to smoke with his previous frame of gaining years. His new frame was about losing – having only 1 to 3 years to live.

His office continued measuring how long his patients stopped smoking. He shared this frame with a few others of his practice. The reports were similar.

All human decisions are made in relationship to something. The challenge is to discover what that something is. The ‘something’ becomes the logic about why someone will agree or not agree with your logic.

In closing, I offer a completely different story based on the exact same principle of these two human priorities.

Years ago I desired a BMW Series 7 car. I was living in Seattle, and the traffic was congested and some would consider hazardous. The BMW was made of steel, and I thought it would protect me on the Seattle highways. An opportunity to purchase one arose and I did so. It was fast, good-looking and safe. Then I experienced a series of mechanical problems. In fact, in 3 months I was in the dealership requiring service 21 times – so I traded it in for a more reliable car.

Many years passed. I remained interested in BMW. One day, having moved to Colorado, I wandered into a BMW dealer to take another look. Their cars remained beautiful. However, when the salesperson approached me on the lot, he started selling me about how fast and safe the new BMW’s were. I had lost big time years earlier in Washington. I asked the salesperson about its reliability. He repeated how fast the car was and how safe it is. I knew it was fast and safe. However, my personal experience was that the reason my BMW was safe was because it was in the shop a lot and not on the road most of the time.

I did not buy the BMW. The reason? Because I wanted to win and I did not want to lose – again. I now drive a more reliable competitor’s car that is also fast and very safe.

How you can apply this principle to proposals?

You can apply the principles in this article to a variety of situations, including:

Here’s how to apply it to proposals:

A common mistake in presenting a proposal is to begin by explaining and emphasizing all of the advantages and benefits of your proposal. Why could this be a mistake? Because a proposal should be presented as a solution to a problem; if it is not, it could be a great idea that will be set aside for more pressing issues.

For example, a VP told me that he presented what he considered a well-crafted proposal to his executive team. It was, however, summarily dismissed and other agenda items took precedence. As we discussed his disappointment, I asked him what problem his proposal would resolve. He could not articulate his answer. Eventually, he realized that the corporation could lose about a million dollars a month if his strategy was not accepted.

Armed with knowledge of the two top human priorities, he re-approached his proposal. However, this time he first asked the executive team a question about how they would solve losing a million dollars per month for the fiscal year (which was $12 million). With this question, he framed his proposal as a solution to a significant financial concern that affected everyone. He then delivered his proposal explaining how his ideas would put an end to this fiscal loss. The proposal was unanimously approved, taking priority, in fact, on the corporate agenda because it helped the corporation realize how to win and not lose. In addition, the executive team assessed this VP as an effective leader. 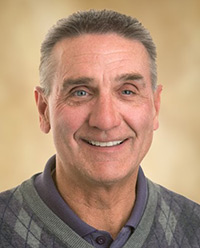 Ken Sylvester is a leadership and management consultant and negotiator in the areas of business, production, law, education, government, and the nonprofit sector. He retired in 2012 as the President of Organization Strategy Institute Inc. He is the author of Negotiating in the Leadership Zone, published in September by Elsevier’s Academic Press. Ken resides in Colorado Springs, Colorado, and continues to consult in the areas of negotiation and leadership.