Teaching and learning with African scientists

As an editor, finding hidden gems requires dedication and collaboration, no matter where you are

Like many people, I had  never heard of tanzanite until I saw it at a museum. Tanzanite, or blue zoisite, is a gemstone found exclusively in Northern Tanzania; it’s rare and was discovered only about 50 years ago. The processed gem is prized for its intense blue-purple  color, which is not as remarkable in the raw stone; I was impressed by the miner and geologists who had first picked up this rock and seen its value. Transforming the raw stones into gems requires not only cutting and polishing, but also heating to improve the color. Looking at the specimens in the museum, I reflected on my role as an editor: to seek out the gems that contribute to our scientific understanding and help them shine.

Aside from the tanzanite and a number of other natural resources, I did not see many signs of wealth in Tanzania. I had come here as a volunteer for Publishers  Without Borders to share my experiences as a Scientific Editor at Cell with academic editors in Tanzania. When I first arrived, I met Maaike Duine, the ground coordinator for the program,  who gave me an introductory crash course on academic publishing in Tanzania. It was clear right away that there are two major obstacles facing scientific publishing in Africa: resources and community.

The material things that I take for granted in my work, such as an online submission system and access to databases and libraries, are either nonexistent or patchy at best in Tanzania. Even more importantly, in Cambridge, Massachusetts, I am immersed in a culture of science; a large pool of potential  reviewers send comments on manuscripts in a timely fashion, I routinely attend scientific conferences and meet leading experts, and I am surrounded by other editors and publishing staff who support the work I do. No equivalent culture exists in Tanzania, and many scientists and editors operate without  a network of peers and colleagues, giving them little opportunity to build a vibrant scientific community.

Publishers Without Borders, an Elsevier Foundation volunteer program, aims to help overcome these two challenges. As part of the TZAP project: Strengthening Tanzanian Publishing – a collaboration between the Elsevier Foundation,Voluntary-Services Overseas (VSO), INASP and the Tanzanian  Commission for Science and Technology (COSTECH) – Publishers Without Borders was developed to connect experts in all aspects of scientific publishing with Tanzanian scientists, librarians, research managers and publishers.

I was the first volunteer  from Elsevier to take part in this program. I traveled to Tanzania to share my perspective and knowledge on scientific publishing with academic editors there. Growing up in China, I witnessed first-hand the remarkable change in the scientific climate there and the benefits of that transformation;  I hoped that by going to Tanzania I could contribute to similar progress in African science. We discussed the peer review system, editorial marketing, and how to get journals indexed in PubMed. I was impressed not only by the dedication of the attendees, all of whom have regular academic appointments in addition to their editorial roles, but also by the fact that despite the many challenges  these editors and publishers face in basic infrastructure, they were thinking about some of the same issues that we grapple with in the US: is double-blind peer review a better way to handle manuscripts? What will the future format be for communicating science? How can the journal help foster a community  of science? 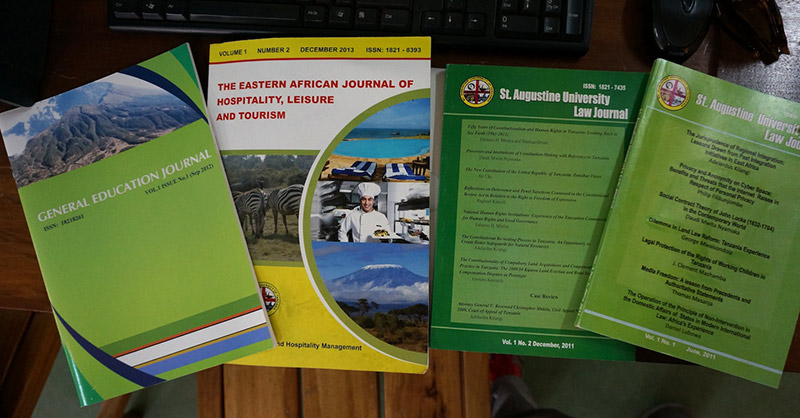 Before going to Tanzania, I thought that my work was on such a different level that it was unrelated to the work being done in Tanzanian journals. But after meeting these editors, I understood that I do the same thing at Cell that they do at the Tanzanian Medical Journal: search out the papers that are hidden gems, and work with the authors and reviewers to shape and polish – and sometimes even heat these gemstones – to reveal their inner clarity and brilliance. This is what all good editors  do, no matter where they are or what journal they contribute to.

I went to Tanzania to share and mentor and returned having learned at least as much as I taught. Seeing the dedication and passion of the editors in Tanzania reminded me of why I became interested in being an editor in the first place. Now, when I am confronted with negativity in public debate about  the value of publishing and the skills and motivations of editors, I think of the scientists I met in Tanzania and I am inspired again by the nobleness of the profession.

Dr. Steve Mao obtained his PhD in Cell Biology from the University of Texas Southwestern Medical Center in Dallas  and finished two postdoctoral trainings at Cold Spring Harbor Laboratory and Harvard University. He is interested in a wide range of topics in biology and medicine. As Scientific Editor of Cell, he enjoys learning about science; communicating with authors, reviewers and readers; publishing the  best papers; and thinking of the future of science and scientific publishing.