Talking to me about Parkinson’s Disease 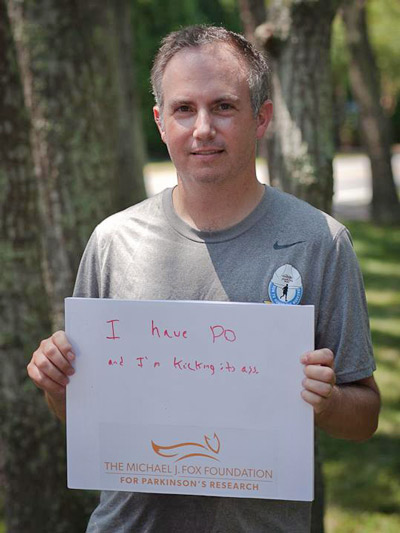 Every once in a while, I’ll run into someone I haven’t seen in a while and I’ll get the question, usually posed almost in a whisper with a very concerned look: "How ARE you?"

I always know what they mean to say: How are you doing having Parkinson’s disease?

Sometimes that question makes me feel great because it reminds me that people care and I’m not fighting this disease alone. And yet other times, it’s a sad reminder that people see me differently and feel sorry for me.

When I was I diagnosed with Parkinson’s at age 38, I kept it relatively secret for several years until I told everyone at once Forbes.com:

Turns out that was the easy part. Now, as I battle a chronic degenerative neurological condition, keeping friends, family and co-workers updated can be a challenge. There’s currently no cure or state of “remission” so I can’t tell them I’m all better. And by definition, for everyone with Parkinson’s, the symptoms will get worse over time. On the other hand, it’s not fatal and hopefully the deterioration of my health will progress slowly. 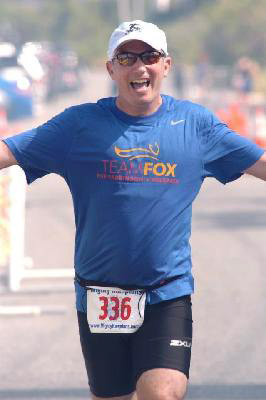 When I get the question, one part of me wants to put on a strong and happy face so people don’t worry. There’s not much for people to do anyway, and my symptoms aren’t so bad that I’m significantly impaired in any of my usual activities at home or at work. I don’t want Parkinson’s to define me, which means I don’t want to talk about it all of the time. And the truth is that even my close friends who care won’t want to hear about it constantly. They have their own joys and heartaches that they want to share with me, so I don’t want to monopolize the conversation. In fact, some people will use my disease as permission to talk about their own medical conditions. That doesn’t bother me because we all have our “issues” to manage, but there’s no need for them to qualify it by somehow saying that “they know it’s not as bad” as my Parkinson’s (or, on the other hand, to try to “outdo” me by describing how horrible their disease is compared to mine).

Sometimes the disease is just inside

The other part of me knows that every time someone asks me about Parkinson’s is another chance to spread awareness, educate people and give others a glimpse into my world. People may look at me and say, “Hey, you look great,” or “It doesn’t seem like you have anything wrong with you.” That can be both annoying and uplifting. While they may not actually notice symptoms at that moment or may be trying to make me feel better, that sometimes makes me feel that they are minimizing my disease. Of course, they are in a no-win situation because they probably think it’s awkward no matter what they say. And the truth is that while there are hours at a time when I don’t notice my condition, I feel it every day.

When everyone is my doctor

Whenever there is a new research study announced, clinical trial result released or news story about Parkinson’s published, at least one person will send it to me – usually more than one. On balance, I like them and keep them coming. It’s a reminder to you that there’s still no cure and I still have Parkinson’s so we have to keep raising awareness and money for research. It’s a reminder to me that there are researchers out there still working on it so there’s hope.

But at the same time it’s incredibly difficult to separate hope from hype. Not every clinical trial result is as amazing as it seems. And some aren’t relevant to me since there are so many different ways that Parkinson’s manifests itself, and we’re all at different points of progression of the disease.

For example, when I was first diagnosed, I didn’t want to even think of deep-brain stimulation surgery, which is one of the very serious treatments for Parkinson’s. There was no way I was letting anyone cut my head open. On the other hand, over the past 9 years since my diagnosis, those treatments have gotten a little better and my condition has gotten a little worse so I can actually imagine a day when that surgery will be a reasonable option.

But there’s nothing more frustrating than someone going further than simply providing information. I’ve had people insist that I’ve absolutely “got to try” various treatments. Maybe I will. Maybe I won’t. But it’s up to me and I don’t need people being pushy or insulted if I don’t pursue something they bring to my attention.

So the bottom line is, I want people to care but not over-worry. I’m ok with people asking, because it’s nice that people care and understand this is a big deal in my life, but they shouldn’t ask all the time. And when they do, I try to keep a balance between not scaring people from raising the topic, but not minimizing it so much that they get the wrong idea. Sometimes I joke about my symptoms so they know it’s not taboo to talk about it. If they ask a vague question about how I’m doing, I’ll sometimes not even mention the Parkinson’s (especially, if at that moment, I’ve got something else going on in my world). If I think they are asking about my disease, I’ll say that I’m doing generally well and hopefully it will progress slowly, but some moments are better than others. It’s particularly easy when someone comes right out and asks me how my health is doing and moves on to other topics after I respond.

So how am I doing now?

The most significant symptom is stiffness and rigidity on my right side. My arm doesn’t swing most of the time, my leg moves slowly, and it sometimes it looks like I’m shuffling or moving with a limp (even though Parkinson’s is not painful to me). Then again, sometimes I walk fine. The rigidity is particularly bad when I try tasks requiring fine motor skills, like buttoning a small button or writing (my handwriting is completely illegible). Typing or using a computer mouse can also be slower and more clumsy than normal.

I sleep horribly. I fall asleep fine, but I often wake up in the middle of the night (or more accurately, very early in the morning around 3:00am). Because of the lack of sleep, and perhaps as a symptom itself, I’m sometimes a little tired at times during the day.  On occasion, I have a slight tremor in my right hand. All of these symptoms, especially this one, seem to be exacerbated by stress, excitement, lack of sleep or concentrating on something.

Some of the scariest and least understood symptoms are the ones related to cognition and memory. Sometimes I feel myself grasping to remember a name or small detail, but I truly can’t tell if that’s a symptom of Parkinson’s or just getting older. Just to be careful, I write things down more frequently. Of course the bad handwriting doesn’t help, so sometimes I type notes into my phone, which is also not easy at time since it requires fine motor skills – talk about a catch-22!

This will change over time, but that’s how I feel today. And to save everyone the trouble of asking now, I think I’ll just share this with people. 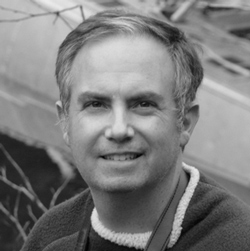 Bret Parker (@bretparker) is a member of the Patient Council of the Michael J. Fox Foundation for Parkinson’s Research and Executive Director of the New York City Bar Association (although the views expressed herein are only his personal opinions). He was diagnosed with Parkinson’s nine years ago at age 38.