Editor’s note: This month, Elsevier Connect is exploring “how science can build a sustainable future.” In fact, diversity and inclusion play a key role in sustainability and the UN’s Sustainable Development Goals . Here, Dr. Michiel Kolman, Elsevier’s Senior VP of Information Industry Relations, writes about a symposium our company sponsored in Chennai, India, and our employees' activities there to support LGBT workplace inclusion.

There are two key reasons businesses today need a strong diversity and inclusion program. The first is that it’s simply the right thing to do. Companies should be as welcoming, supporting and inclusive to all employees, independent of gender, sexual preference, race, religion and age.

Secondly, it’s smart business. Companies that actively promote diversity and inclusion are better at attracting and retaining talent, have happier and more productive employees and are more creative and innovative.

Elsevier has a strong record on diversity and inclusion initiatives, particularly in the area of Lesbian, Gay, Bisexual and Transgender (LGBT) Inclusion in the workplace. The latest initiative was organized by employees in our Chennai and Amsterdam offices.

On May 19, our parent company, RELX Group, sponsored a symposium in Chennai titled “LGBT Workplace — Expanding the Dialogue in India.” This was a landmark event that addressed the challenges faced by the lesbian gay bisexual intersex transgender or queer (LGBTIQ) community in India. Never before had there been a LGBT workplace inclusion event of this magnitude and impact in India.

Co-organized by Amsterdam-based Workplace Pride, of which RELX is a member, and the Bangalore-based organization Solidarity Foundation, the event brought together more than 100 attendees. We also saw strong participation from many international companies, including Accenture, SAP, ING, ABN AMRO, Capgemini, Barclays, Shell, IBM and McKinsey.

“I am convinced that diversity has contributed significantly to business success and my personal success,” said Shankar Kaul, Elsevier's Managing Director for Health Solutions, South and South East Asia, who opened the conference. 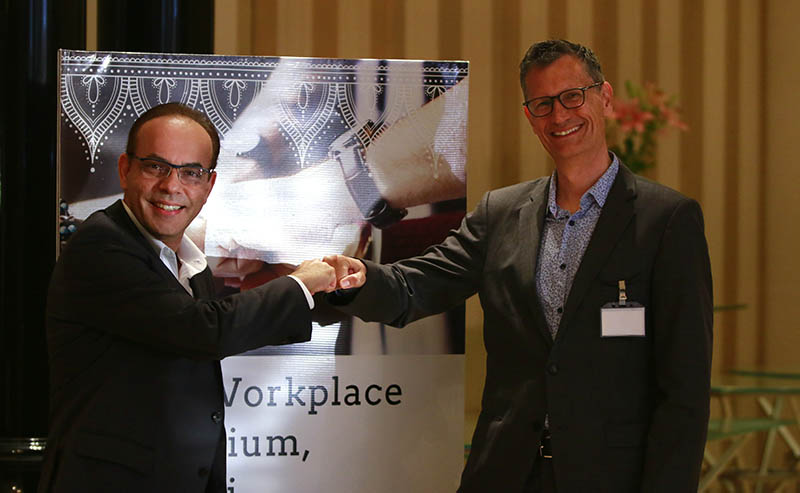 Today many companies are operating on a global scale, which creates an interesting challenge of how we address diversity and inclusion in offices around the globe. How do we deal with LGBT workplace inclusion in many different countries, where widely ranging norms and values regarding lesbians, gays, bisexuals and transgender are evident?

In my own keynote address, I explained the three models of multinational companies engaged in workplace inclusion globally. Laid out by Kenji Yoshino, law professor at NYU, they are:

RELX Group, I argued, has long moved to the Embassy model and is now showing its advocacy side in funding and co-organizing this very symposium. 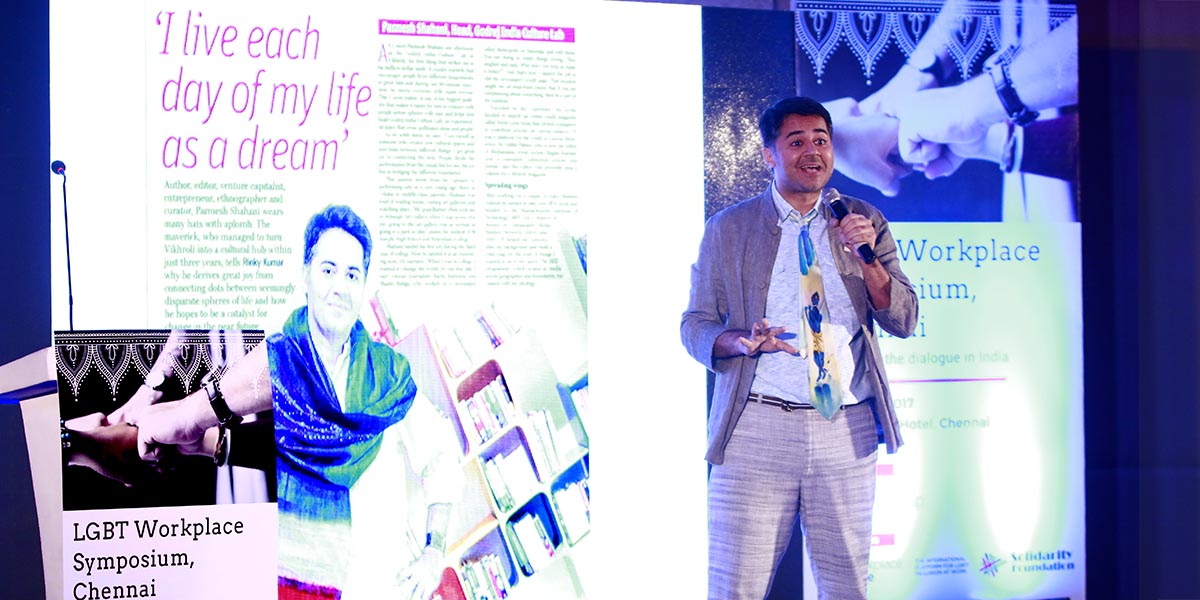 Other keynote speakers were the prominent Indian LGBT activist Parmesh Shahani,while the Indian transgender community was well represented by speakers such as Sunil Menon, founder of the NGO Sahodaran.

The event builds on Elsevier’s work in the area of LGBT inclusion in the workplace, with employees in Amsterdam and Philadelphia spearheading the efforts, and colleagues in Chennai planning a Workplace Pride chapter in the near future.

In Amsterdam, RELX joined Workplace Pride in 2013, soon after signing the Declaration of Amsterdam, setting out 10 areas in which Elsevier is committed to LGBT inclusion in the workplace.

Diversity and Inclusion continues to be a key topic for Elsevier and the other RELX companies. We are extremely active in regard to gender issues across the company, most notably with the EDGE certification initiative. And we contribute to the conversation about gender in science through events such as the international Gender Summit, and with our analytical reports, the most recent being Gender in the Global Research Landscape. 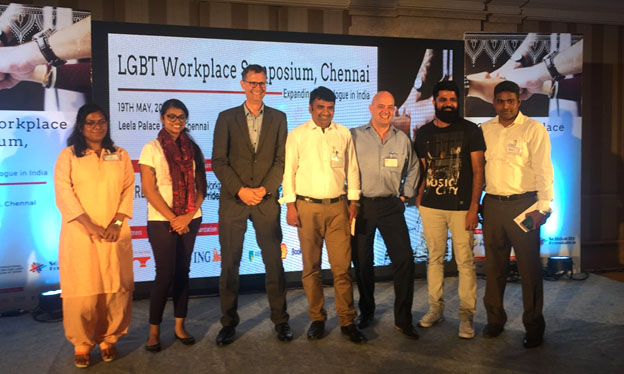 This LGBT event could not have happened without the hard work from Devendran Kannan and Balasubramanian Venkatha from the Elsevier office in Chennai. As Garry Ward, head of Global Customer Services for RELX in India, stated:

I am so happy to see this symposium take place as this has enormous symbolic significance here in India, signaling that companies, international and national, value inclusion and diversity also for their LGBT employees.

The symposium was well covered in the India media, including a story in for instance in the Times of India: “LGBT community symposium seeks a level playing field at workplace.”

India is a young nation, and norms and values are changing, also with respect to LGBT. The younger generation is far more open and supportive, and therefore it is great that we can all participate in this event supported by my fellow Elsevier volunteers. And the time has come that we (will) also see an LGBT Chapter at Elsevier Chennai, joining the chapters in Amsterdam and Philadelphia.

In the executive session at the close of the symposium, there was strong consensus to continue workplace inclusion in India and to work towards a Declaration of Chennai along the lines of the Declaration of Amsterdam, clearly stating the top 10 areas in which companies commit themselves to LGBT Workplace Inclusion in India. 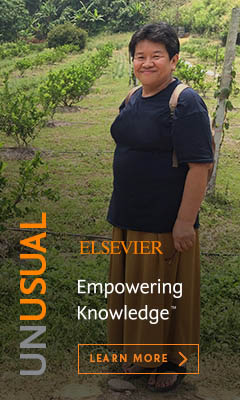 This month, we are exploring “how science can build a sustainable future” – revealing opportunities we may not have considered. At Elsevier, we understand the power of bringing different perspectives together to fuel new approaches to global problems. That’s just one reason we support diversity and inclusion in our workplace and beyond. 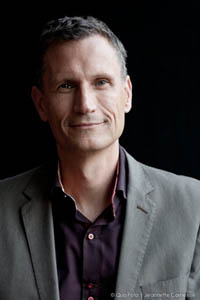 Dr. Michiel Kolman is Senior VP of Information Industry Relations at Elsevier and President of the International Publishers Association. He is the executive sponsor of Elsevier Pride and was listed two years in a row in the FT’s Top100 ranking of most influential LGBT senior executives. Since joining Elsevier in 1995, he has held various core publishing roles in Amsterdam and Tokyo. He launched one of the first online journals in the industry in 1996: New Astronomy. Michiel was Managing Director in Frankfurt, Germany. For 10 years, he spearheaded academic relations for Elsevier, building up a global network of ambassadors engaged in strategic discussions with research leaders. Prior to Elsevier, he worked for Wolters Kluwer in a division that is now part of Springer Nature. He holds a degree from Leiden University in the Netherlands and a PhD in astrophysics from Columbia University in New York, where he studied with a Fulbright scholarship. 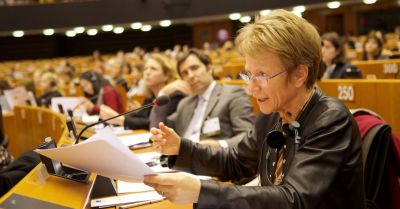 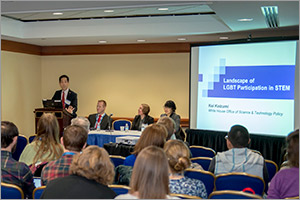 LGBT in STEM: Progress but still many obstacles