Remembering Norman Paskin, a pioneer of the DOI system for scholarly publishing 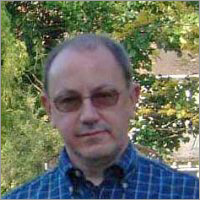 We’re sad to note the passing of Dr. Norman Paskin. Norm was the founder and first managing director of the International DOI Foundation, which he joined officially in 1998 after a technology strategy and publishing role at Elsevier for 18 years and a brief stint at Blackwell. Norm served as an external director of the DOI foundation after leaving the MD role, and did the same at the Linked Content Coalition.

In his last role at Elsevier before joining the foundation, Norm was heavily involved with Elsevier’s work on embedding references and linking and was our representative to CrossRef in its early years. (See the comments of CrossRef Executive Director Ed Pentz.)

Norm was both cerebral and visionary, playing a leading role in early online publishing experiments at Elsevier and quickly realizing the importance that standards and identifiers would play in underpinning the interoperable world of digital scholarly communications that we know today.

During his tenure at the International DOI Foundation, Norman steadfastly lead the multi-year effort to get the DOI system accepted as an official ISO standard, and saw the use of the system expand both internationally and to other communities such as the movie industry.

Norman’s friends and family can justly be proud of his legacy and lasting contribution, and we extend our deepest condolences.

Mark Seeley is Elsevier's SVP and General Counsel and Chair of the Copyright and Legal Affairs Committee of the International Association of Scientific, Technical & Medical Publishers (STM). He is based in Cambridge, Massachusetts. 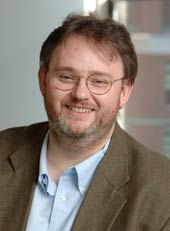 Chris Shillum (@cshillum) is VP of Platform and Data Integration for Elsevier, where he is focusing on integrating data resources across silos to enable the next generation of personalized services for researchers and building out Elsevier’s big data platform. Previously, he was responsible for the platform and systems which power online products such as ScienceDirect and Scopus. He has worked in various capacities on Elsevier’s online products, including ScienceDirect since its inception in 1997, and represents Elsevier on a number of industry organization boards, including ORCID, CrossRef and the National Information Standards Organisation (NISO). Chris holds a master's in Electronic Systems Engineering from the University of York in the UK.