Can brain biology explain why men and women think and act differently?

Are brain differences to blame for communication breakdowns between the sexes? Can they explain why men and women respond differently in stressful situations? The evidence suggests such differences might very well influence behavior — but it's too soon to tell if they really do, according to experts participating in a panel discussion on The Neuroscience of Gender at the German Center for Research and Innovation in New York City. 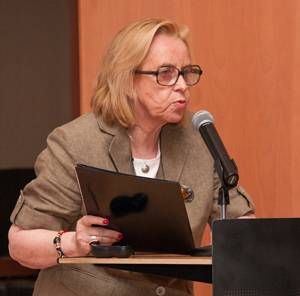 "We clearly are at the beginning of the story," said panel moderator Dr. Anke A. Ehrhardt, Vice Chair for Faculty Affairs and Professor of Medical Psychology (in Psychiatry) at Columbia University Medical Center and Research Division Chief of the Division of Gender, Sexuality, and Health at the New York State Psychiatric Institute. What's more, she cautioned, "acknowledging brain effects by gender does not mean these are immutable, permanent determinants of behavior, but rather they may play a part within a multitude of factors and certainly can be shaped by social and environmental influences."

The speakers, Dr. Bruce S. McEwen, a professor and Head of the Harold and Margaret Milliken Hatch Laboratory of Neuroendocrinology for The Rockefeller University, and Dr. Ute Habel, Professor of Neuropsychological Gender Research for the University Clinic for Psychiatry, Psychotherapy, and Psychosomatics at RWTH Aachen University in Germany, also stressed the need to put research findings in perspective and avoid drawing definitive conclusions at this point.

Yet, despite the uncertainty — or perhaps because of it — both continue to forge ahead in their respective areas, working to tease out gender differences in the brain and determine what they may mean in the real world.

Dr. McEwen, a neuroscientist and neuroendocrinologist, works mainly in animal models, studying how sex and stress hormones affect the brain. What finding from his work has surprised him most? "How very differently female and male brains respond to stress on an anatomical level," he said in an interview before the event. "We suspect there are many other subtle differences like this that we don't know anything about as yet." Dr. McEwen elaborated on the stress response differences during his presentation. Work in his lab and others have demonstrated plasticity — the ability to change in response to experience, environment, injury and other factors — in adult brains, overturning previous beliefs that the adult brain is a static entity.

"Even as the brain ages, there is the formation, lengthening and shrinkage of processes called dendrites, which connect nerve cells, creating synapses. Each dendrite has 'spines,' where new synaptic connections are made during the course of everyday life," he explained. In addition, "a small amount of neurogenesis, or production of new nerve cells, occurs in the adult hippocampus, and that's important for learning and memory."

Furthermore, studies in young male animals showed resilience — an ability to rebound when stress is discontinued — evidenced by the recovery of previously shrunken dendrites. However, "a middle-aged rat shows shrinkage and only partial recovery when the stress is terminated, and an aging rat shows the same amount of shrinkage in response to stress, but no evident recovery, even at three weeks (after the stressful incident)," demonstrating that age may hinder resilience.

By contrast, in female animals, the response to stress was very different, according to Dr. McEwen. Dendrites connecting to other nerve cells in the cortex didn't shrink as they did in males, and dendrites that communicate with the amygdala, a part of the brain that's important for fear and anxiety, responded to stress by actually expanding. However, that expansion only happened in the presence of estrogens, Dr. McEwen noted. "In other words, the female rat has to have her ovaries intact or we have to give her estradiol for this effect to occur," emphasizing the role of sex hormones in the female brain's stress response.

What do these differences mean? "The bottom line is, we don't have a complete picture," Dr. McEwen acknowledged. However, he speculated that the findings might help explain why, as other studies have shown, "women tend to respond to stress with anxiety and depression, whereas men take it out in a different way, showing more substance abuse and antisocial behavior." If, as research progresses, this turns out to be the case, then therapies might eventually be targeted to the affected brain regions, he suggested.

The power of gender stereotypes 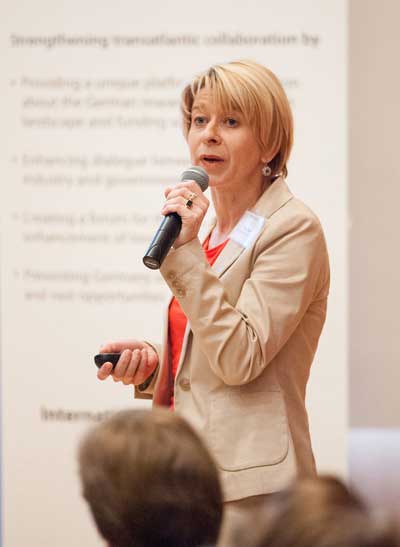 Dr. Habel is a psychologist and psychotherapist whose research focuses on neurobiological correlates of emotion and cognition, and the effects of psychotherapeutic interventions and hormonal influences on brain activation. "Gender might be the most influential factor in our lives, starting even before birth," she stated. "In everyday life, we continuously deal with gender differences, and sometimes we struggle with the peculiarities of the 'typical' male or the 'typical' female."

In fact, any interpretations of gender differences in the brain are filtered through "a long history of female discrimination," she said. Charles Darwin taught that women were biologically inferior to men, she noted, and anthropologist Paul Broca, who gave his name to the region of the brain responsible for speech production, stated: "We are therefore permitted to suppose that the relatively small size of the female brain depends in part upon her physical inferiority and in part upon her intellectual inferiority."

This thinking has permeated scientific research, Dr. Habel said, "and remains a problem in any evaluation of structural and functional differences in the brain. Gender differences are strongly influenced by gender stereotypes, socialization and learning, as well as genes and hormones and environmental factors. When we do research, it's very difficult to disentangle the individual contributions of each of those factors; instead, we have to acknowledge and take into account that there is a complex interaction."

[pullquote align="right"]Gender might be the most influential factor in our lives, starting even before birth.[/pullquote]

To test the components separately in a single experiment, her team developed an "empathy task" using photos of people with different facial expressions:

An Interview with Dr. Habel

In an earlier interview for the German Center for Research and Innovation, Dr. Habel provides additional insights into the extent to which gender influences the neurobiology of emotions and how female and male brains age differently. She also discusses why depression and anxiety are more prevalent in women than in men and which psychotherapeutic inventions she would like to investigate further. [/note]

In every case, there were no gender differences in behavior on any of the components. Yet, in a self-assessment questionnaire administered during the same study, females rated themselves as more empathic than males. "It was clear that, automatically, gender stereotypes came into play with those questionnaires," Dr. Habel emphasized.

When her team used functional magnetic resonance imaging to look at brain activation during the tests, they found "a marked difference" between men and women, Dr. Habel said. Overall, brain activation was much higher in women compared with men in all tasks, particularly during the follicular phase, suggesting a role for estrogen in the empathy response. Although there was some overlap in brain regions that were activated, "women tended to activate more emotion and self-related regions whereas men activated more cortical, or cognitive areas," she said.

"But what does that mean?" Dr. Habel continued. "We have no behavioral differences even though, on a cerebral level, we do see differences." The same is true for earlier studies, which showed for example that, as in animals, women's brains respond differently to stress than do men's. Taken together, "these results suggest, as Dr. McEwen  indicated, that men and women use different strategies to reach the same performance outcomes," she suggested. "That's the best interpretation we have at this point." 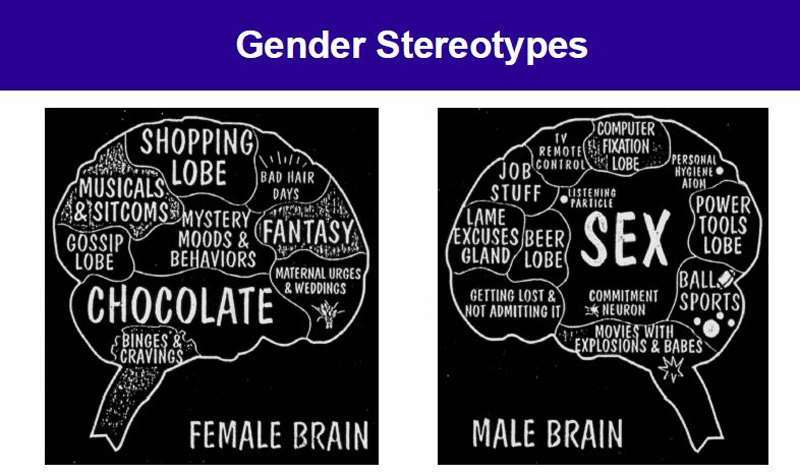 Dr. Ute Habel used this slide during her presentation to illustrate the power of gender stereotypes. "Gender stereotypes — comprising traits and behavior that are considered typical for men or women — can be quite powerful in influencing our behavior and in eliciting prejudices," she explained. "Sometimes they may be based on actual gender differences; often they are not. The problem is that implicit beliefs are very common and exert their influence already at very early ages. Stereotypes that imply a negative trait or the belief in an inferior performance in one gender, also called 'stereotype threat,' may in turn negatively affect performance. Those negative stereotypes have been traditionally often associated with females and may have contributed to women's' discrimination."[/caption]

Note from the Author

"Whenever you put gender into the title of an event, it's a full house," Dr. Ehrhardt quipped before introducing Drs. McEwen and Habel. This event did, indeed, have a large turnout, and I'll bet at least some of the other attendees shared my hope that one or both of these eminent scientists would show definitive diagrams of the male and female brains in a more evidence-based light than what we saw in Dr. Habel's slide above. But I now understand that although we may want concrete evidence supporting our perspectives on the differences between men and women — or at least something that explains these differences — for now, we need to accept that the best response science can give us is: "it's complicated."[divider] 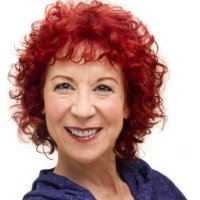 Marilynn Larkin is an award-winning science writer and editor who develops content for medical, scientific and consumer audiences. She was a contributing editor to The Lancet and its affiliated medical journals for more than 10 years and a regular contributor to the New York Academy of Sciences' publications and Reuters Health's professional newsfeed. She also launched and served as editor for of Caring for the Ages, an official publication of theAmerican Medical Directors Association. Larkin's articles also have appeared in Consumer Reports,Vogue ,Woman's Day and many other consumer publications, and she is the author of five consumer health books.

It will be interesting to see how these stereotypes and the interesting questions change as we see gay couples starting to develop the same sort of stereotyped roles that hetero couples do now.

Great point! On a somewhat related note, Ute Habel has been researching transgender individuals. She has some findings for males and is now crunching data on females. This is an exciting area! Both the research and stereotypes are likely to evolve and influence each other.

Indeed, an interesting aspect. Stereotypes exist universally and are shaped by our culture. Gender stereotypes are hence quite old and affect all of us more or less equally, they are not really linked to sexual orientation. The question is rather how can we efficiently get rid of them especially of those that have negative effects. This is especially difficult since stereotypes are quite powerful and exert their influence mostly on a more subconscious level.

I have several trans friends it is very difficult for me to explain to them my understanding of their &quot;lifestyle&quot; through science. I made the comment genitals are only cells..we don't think or feel with those cells so why then is gender and/or preference based on them. If you were to take this research to a whole other level imagine the possibilities.