Having control at work could widen your waistline

Making lots of decisions at work could contribute to obesity, new study suggests 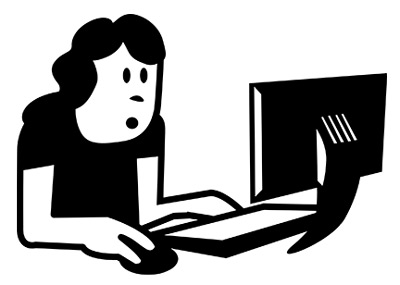 In the battle against the bulge, we watch what we eat, chalk up miles on the treadmill and get a good night’s sleep. But what about the sort of work we do?

According to new research published in Social Science & Medicine, our jobs could be having an effect on our waistlines – and it could be bad or good news depending on the sort of control we have over our work.

The findings suggest for the first time that these two psychological measures of control at work may actually have very different effects on our waistlines so should be assessed separately.

Control in your job can come in two broad forms: skill discretion – having and being able to apply skills – and decision authority. Traditionally, increasing an employee’s level of job control has been seen as a good thing, and the two factors have been considered together when looking at their effect on people’s health. However, the new study suggests that the two aspects of job control should be considered separately in terms of their effects on health, and obesity in particular. 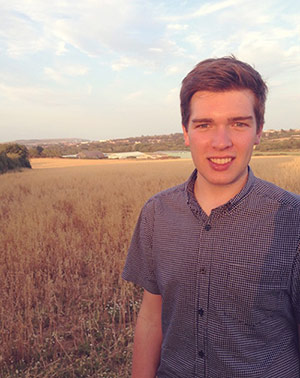 For the study, which was part of the North West Adelaide Health Study, the team looked at a sub-set of data from 450 mostly middle-aged participants (230 women, 220 men) who worked in a variety of occupations, both blue- and white-collar. They measured participants’ height, weight and waist circumference in a clinic and conducted telephone interviews to collect information about their work. They used the Job Demand-Control-Support (JDCS) model to assess the psychosocial qualities of their work.

Traditionally, high job demands are considered stressful, while high job control has been considered useful in mitigating the effects of high demands. However, skill discretion and decision authority are usually assessed together. In the new study, the team took these two factors separately. After controlling for sex, age, household income, work hours and job nature, these two factors were comparatively strongly associated with obesity, with surprisingly opposite effects.

Lead author Christopher Bean, a PhD candidate in health psychology at the University of Adelaide, explained:

When looking at the wide system of factors that cause and maintain obesity, work stress is just a small part of a very large and tangled network of interactive factors. On the other hand, work is a fundamental part of life for many, so it is important to find innovative ways of extending our understanding of how factors at work may be implicated in the development and maintenance of obesity. It is important to challenge the status quo and explore unexpected or counter-intuitive findings with curiosity.

In 2014, more than 1.9 billion adults worldwide were overweight; of these, more than 600 million were obese, according to the World Health Organization. One area of interest for researchers has been how the kinds of work people do, and their experience of their work, can contribute to obesity.

“Many people point to ‘eating too much and not moving enough’ as the cause of obesity,” Bean said. “While this might explain how weight gain often happens, it does not acknowledge things such as environmental, psychological, social or cultural factors – these are some of the important why reasons that obesity happens.”

The effect of work on obesity doesn’t stop there. Previous research suggests that the number of hours mothers work has an impact on their children’s eating habits, exercise and BMI. A 2014 study published in Social Science & Medicinerevealed that children whose mothers worked longer hours consumed more unhealthy food and watched more television.

Using data on a national cohort of children, the researchers looked at the link between the average hours mothers worked per week during their children’s school years and their children’s diet, activity and BMI in the 5th and 8th grades. They found that “maternal work hours are positively associated with children's BMI and obesity especially among children with higher socioeconomic status.”

But the answer is not to stop mothers from working. In their paper, the authors commented: “The take-away from our study is not that childhood obesity can be addressed by reducing mothers' work hours nor that maternal work has unambiguously detrimental effects on children. …. Rather, an implication of our findings is that there is a potential health benefit of improving work-life balance among these families given that the current levels of maternal labor supply will likely continue.”

Elsevier has made this article free access until 19 January 2016:

Christopher Bean is in the final stages of completing a combined PhD/Master of Health Psychology at the University of Adelaide in South Australia. His supervisors and co-authors on the paper are Professor Helen Winefield, Dr Charli Sargent and Dr Amanda Hutchinson. The upcoming studies from his PhD extend the current paper by looking at the association between work stress and energy balance-related behaviors (i.e. diet and physical activity). Chris is a student representative on the National Executive Committee for the Australian Psychological Society College of Health Psychologists.

Health psychology takes a holistic approach in trying to understand health and illness; it uses a biopsychosocial perspective, which is well-suited to studying obesity – a diverse condition with many complex and tangled causes, contributors, and effects.

Social Science & Medicine provides an international and interdisciplinary forum for the dissemination of social science research on health. The journal publishes articles on health issues, to inform current research, policy and practice in all areas of common interest to social scientists, health practitioners, and policy makers. The journal publishes material relevant to any aspect of health from a wide range of social science disciplines (anthropology, economics, epidemiology, geography, policy, psychology, and sociology), and material relevant to the social sciences from any of the professions concerned with physical and mental health, health care, clinical practice, and health policy and organization.