Why using e-cigarettes could be riskier than we thought

E-cigarette use has knock-on effects, like increased alcohol use and exposure to chemicals from aerosol, research suggests 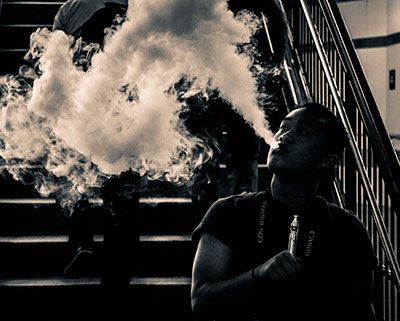 When e-cigarettes first hit the market around 10 years ago, smokers rejoiced at the prospect of being able to replace their cancer-causing cigarettes with a similar but less harmful electronic device to help them quit. E-cigarette use has accelerated since then, leading researchers to investigate its health effects.

But what about the knock-on effects of e-cigarette use on other risky behavior, such as drinking? A new study reveals that such secondary effects could be more serious than we thought.

According to new research published in Addictive Behaviors, using e-cigarettes is related to problematic drinking. The researchers, from Indiana University-Purdue University Indianapolisin the United States, say it’s crucial to consider the knock-on effects of e-cigarette use when evaluating their safety, not just their direct health effects.

Electronic cigarettes, or e-cigarettes, were developed to mimic real cigarettes, giving users the same look, feel and experience as smoking a cigarette. They are widely promoted as a “healthy” alternative to smoking and as support devices for smoking cessation. More than 6 percent of the general population – and 17 percent of people with addictions – use e-cigarettes.

Because of the rapid increase in their use, research has focused on their health effects. However, the new study looks at one of the secondary effects of e-cigarette use and suggests that people need to be aware of the link between e-cigarette use and problematic drinking. 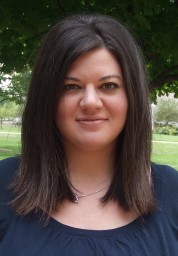 “This area of research is extremely important, and I don’t want it to get pushed to the side,” said lead author Alexandra Hershberger, a PhD student in clinical psychology. “Establishing the direct health effects of e-cigarette use is important, but it’s vital to look at the secondary effects too.”

Monitoring e-cigarette and alcohol use

Previous studies have revealed a strong link between cigarette smoking and drinking, so the researchers hypothesized that a similar connection may be found with e-cigarette use and drinking. They surveyed two groups of people who drink alcohol using a modified version of the Nicotine and Other Substance Interaction Expectancy Questionnaire (NOSIE) to find out whether people expected to use e-cigarettes and alcohol together.

In both groups, of 692 and 714 people, the survey revealed that drinking alcohol is related to e-cigarette use. E-cigarette users were significantly more likely to drink problematically than non-users in both groups. What’s more, people who expected to use e-cigarettes and alcohol together reported drinking more.

If you quit smoking cold turkey, it affects other behaviors associated with smoking, such as drinking. By replacing smoking with e-cigarette use, it could be that you’re at risk of continuing behaviors you don’t want to continue. This is particularly serious for people with alcohol addiction – using e-cigarettes could make it harder to stop drinking.

The survey also revealed that more women than men use e-cigarettes socially, opposite to patterns seen in regular cigarette smoking. In general, men report more risk-taking behaviors than women, including smoking, drinking and drug use. The findings suggest that women may not perceive e-cigarette use as risky.

“We were surprised to see higher e-cigarette use in women,” Hershberger said. “Generally men tend to report more risk-taking across the board, but in our study, women outnumbered men in terms of e-cigarette use. This could be because women perceive the device differently to other risk-taking behavior; e-cigarettes tend to be viewed more positively than cigarettes. Those views could be driving more use in women than we’d expect.”

Harmful chemicals in one puff

E-cigarettes work by vaporizing a liquid to mimic smoke, which can be inhaled. Although chemical analyses have determined the content of the liquid, so far the aerosol has not been fully characterized. New research published in the Journal of Chromatography A does just that – and reveals compounds not found in the liquid.

The researchers, from Restek Corp. and Juniata College in Pennsylvania, used gas chromatography and mass spectrometry to analyze the liquids and aerosols of four commercially available e-cigarettes. The results revealed more than 115 volatile and semi-volatile organic compounds in a single 40-milliliter puff of the aerosol. In comparison, the liquid contained only 64 compounds.

Some of the compounds found in the aerosol but not the liquid include formaldehyde, acetaldehyde, acrolein and siloxanes. This suggests that the aerosolization process may result in the formation of harmful chemicals that have an implication for human health. The researchers say this stresses “the need for an emphasis on electronic cigarette aerosol testing.”

Elsevier has has provided free access to this article until 29 January 2016:

Alexandra Hershberger is a PhD student in Clinical Psychology at Indiana University-Purdue University Indianapolis working under the mentorship of Dr. Melissa A. Cyders, whose research focuses on how impulsivity and its neurocognitive underpinnings affect risk-taking behaviors, including alcohol abuse, sexual risk-taking and gambling. Alexandra’s research is interested in examining co-morbid substance use disorders, particularly in adolescents in outpatient care and in the juvenile justice system. Specifically, her recent work examines the relationship between alcohol use and e-cigarette use, behavioral and cognitive underpinnings of the relationship and examining how this relationship is affected by e-cigarette ban legislation, being a former smoker, and individual differences in impulsive personality.

Addictive Behaviors is an international peer-reviewed journal publishing high quality human research on addictive behaviors and disorders since 1976. The journal accepts submissions on substance-related addictions such as the abuse of alcohol, drugs and nicotine and behavioral addictions such as compulsive gambling and internet excesses. The journal primarily publishes behavioral and psychosocial research but articles span the fields of psychology, sociology, psychiatry, epidemiology, social policy, medicine, pharmacology and neuroscience.

Cover photo by micadew for VapingCheap.com, via Flickr (CC BY-SA 2.0)