Retraction Watch, a blog run by Ivan Oransky and Adam Marcus that covers the stories behind retractions as a window into the scientific process, is on a roll. 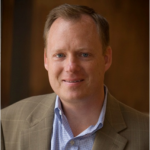 Retraction Watch, a blog run by Ivan Oransky and Adam Marcus that covers the stories behind retractions as a window into the scientific process, is on a roll. Apart from impressive site traffic after two short years – this past July they crossed the 3 million page-view threshold and also saw their first 300,000 page-view month – they’ve been getting great PR. Scholarly blogs interview them, top-tier newspapers are quoting them and they’re regularly speaking at conferences and doing radio interviews. A recent study published in the journal Proceedings of the National Academy of Sciences that found that most retractions are due to fraud, plagiarism and other misconduct has generated even more interest in quoting them.

My colleagues and I didn’t quite know what to make of Retraction Watch when it first launched a little over two years ago. We wondered if they had a sincere interest in improving transparency in scholarly publishing, or if they were just out to embarrass publishers and editors by over sensationalizing and demonizing the small percentage of what’s wrong in science,at the expense of the high percentage of what’s right. Over time, while we could quibble over a post or two, it’s clear from reading and talking to them that their motives are sincere. Their motive may also be to eventually profit from the site from ads, hat tips or a book, but that doesn’t diminish their work, and they are very transparent when it comes to potential conflicts of interest. Ivan talks openly about their future here.

Plus Adam, Ivan and their new writer, Trevor Stokes, are professional and fair to work with. I most appreciate that they are true investigative journalists,and actually attempt to confirm something before they write about it. Importantly, they have a very good grasp of the relevant processes and practices of the scholarly community, specifically peer review and the complex interrelationship between authors, institutions, editors and publishers.

My advice to anyone receiving an email from Retraction Watch is to always at least respond to various inquires for information. Usually the retraction notice says as much as an editor is able to say about an event, but they should always consider the request and answer additional basic questions when they can. And when they can’t, they should simply say as much. Ivan tells me editors from Elsevier and elsewhere are becoming increasingly cooperative over time, which is encouraging. For sure, some still ignore them or ask them to take a hike, but that is happening far less often. And everyone understands that editors are incredibly busy people and that not responding to an email doesn’t mean they are being evasive.

Any lack of communication may also reflect how those journal editors won’t always know the details of how a case of plagiarism or falsification of results occurred. They can see that something went wrong, but they cannot see into the lab, recreate the events of the past or judge whether one author or another was at fault. Journals will always focus on removing plagiarism and fraud from their pages, but they cannot, with complete confidence, explain how it came about or always assume what they are subsequently told by the authors is true. That’s why the role of the university or institute remains vital.

Elsevier’s and Retraction Watch’s objectives are quite aligned in that we both want more transparency in publishing. Our journals, and academia overall, do better when shining a light on bad actors and bad science. For certain, investigative journalists and their subjects will always often have different views on just how much transparency is ideal, but Retraction Watch is playing an important role and I think the world of scholarly publishing is better for it.

Last December, I wrote an article in our Editors Update publication about the broader trend in science reporting today titled “Watching Retraction Watch: What a new breed of journalist means for transparency and public trust in science.” The article talks about how there are fewer full-time science reporters today, though more bloggers and citizen scientists, and how editors should approach working with them. The relationship between science and society is changing today, and the integral role the media and blogger intermediaries play there is worth analyzing.

I welcome your opinions.

Update: After this article was published, Retraction Watch featured it on their blog.

Thank you. We need more good quality posts like this.

I am probably a bit older than the Retraction Watch fellows and have been at this longer, but also I report on these kinds of issues. In fact, I have an extensive interview in my October issue of my national monthly newsletter, Report on Research Compliance, with the head of the Office of Research Integrity and the director of ORI's Division of Investigative Oversight.

If you ever fear getting a call from THEM, you need to read my article, "Truth Telling: ORI Officials Offer Details On Case Settlements, Oversight Reviews," which includes details about when retractions are required and how ORI sometimes pens such letters itself to protect collaborating researchers from "collateral" damage that can be caused by "self-serving" errant investigators who write their own retraction letters.

I also have a sidebar on ORI's growing set of forensic tools.

Ivan posted a response to my articleon the RetractionWatch blog. Appreciate his comments.