Spotlighting the research of 10 women scientists for #InternationalWomensDay 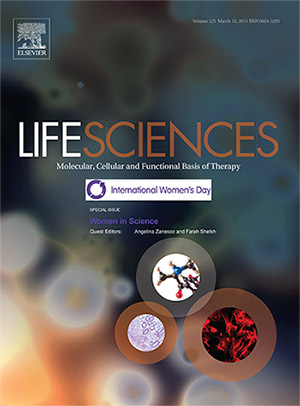 For International Women’s Day Sunday, Elsevier’s journal Life Sciences is highlighting the work of women scientists with a special issue called Women in Science. These articles are freely available for six months.

The scientists featured in this issue have made a large impact on science, generating new knowledge and influencing many students to continue their research careers. Their contributions illustrate the theme of International Women’s Day this year: “Make it happen.”

While there have already been extensive efforts made to build equality between genders in science, there is still a significant gap between male and female scientists. UNESCO statistics show that only 30 percent of researchers worldwide are female, and those figures vary from 20 percent to 46 percent depending on the region being surveyed.

To further underscore these differences, it is telling that in 2011, the National Academy of Science (NAS) counted just 9 women out of its 72 new members. Further, according to the National Science Foundation, a mere 25 percent of scholar award winners are female, particularly in biomedical research fields.

The idea of the special issue came about in 2013 when one of the Executive Editors of the journal, Dr. Angelina Zanesco, Professor of Physiology at São Paulo State University (UNESP), attended the International Union of Physiological Sciences (IUPS) conference in Birmingham, UK, and sat in on the “Women in Science” workshop led by Professor Susan Wray of the University of Liverpool Institute of Translational Physiology.

This workshop focused the difficulties that women experience at different points in their academic careers and delved into some of the reasons women are consistently under-represented in the more senior positions in academic science. Inspired by the workshop, Prof. Zanesco proposed a thematic issue for the journal comprised of research papers from outstanding women in science. The editorial team liked the idea, and Prof. Zanesco teamed up with Prof. Farah Sheikh, Co-Executive Editor of Life Sciences, to bring the issue to fruition. 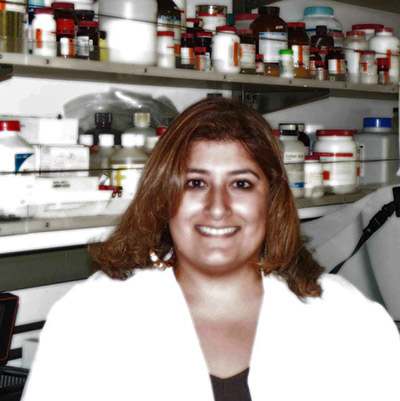 Dr. Sheikh, a biomedical researcher at the University of California, San Diego, commented on the aims of the special issue:

Despite the many challenges that women face in science, women are an integral part of the scientific community and are forging ahead as leaders in various specialties of science. This special issue sets a precedent as it seeks to celebrate and highlight women's research contributions in a way that has not been previously highlighted.

It also addresses current challenges by not only highlighting female role models that have obtained success in science but also providing a forum for current and future generations of women pursuing science to connect with these leaders to gain needed support. 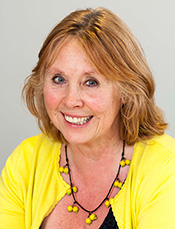 Prof. Susan Wray led a team of female researchers investigating the effect of visfatin on in vitro myometrial contractility in humans and rats and comparing it to leptin. She also contributed a review article looking at the four adipokines (leptin, visfatin, apelin and ghrelin) that affect myometrial contractility. The article considers the possible mechanisms involved in how adipokines may modify uterine contractility, and discusses the potential impact on labor and delivery.

Prof. Angelina Zanesco worked with a group on original research examining the influence of l-arginine supplementation in combination with physical training on mitochondrial biomarkers from gastrocnemius muscle and its relationship with physical performance. 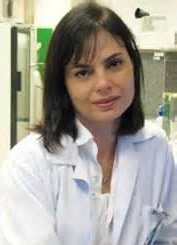 Prof. Patricia Chakur Brum contributed a Review article which discusses the supposed therapeutic effects of AET on skeletal muscle wasting in both cardiac and cancer cachexia.

Prof. Tamara Rosenbaum's review article explores the Transient Receptor Potential Vanilloid 1 (TRPV1) and lysophosphatidic acid (LPA), a bioactive lysophospholipid linked to the generation and maintenance of pain, which can directly activate TRPV1 and produce pain. It examines the possible therapeutic relevance of these findings on the basis of the role of TRPV1 in pathophysiological processes.

Prof. Debora Colombari's review article summarizes recent advances on the effects of leptin on cardiovascular and respiratory control with emphasis on the neural control of respiratory function and autonomic activity.

Prof. Alcina Maria Miranda Bernardo and her colleagues wrote a review focusing on the primary phytochemicals present in microalgal biomass as well as exopolysaccharides, which are produced by some types of microalgae and may play a significant role in the prevention of cardiovascular diseases and strokes.

Head of the Laboratory of the Cardiovascular Biology Assistant Professor at University of Campinas, Biology Institute Campinas, Brazil

Prof. Ana Paula Davel worked with a study group in an original research study finding that β-AR overactivation enhances the endothelium-dependent relaxation of pulmonary arteries, which was linked to an increase in eNOS-derived NO production, cGMP formation and VASP content and to a decrease in phosphodiesterase-5 expression and concluding that elevated NO bioactivity through cGMP/VASP signaling could represent a protective mechanism of β-AR overactivation on pulmonary circulation. 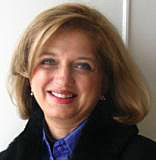 Head of the laboratory of Parkinson’s Disease studies; Professor at Department of Morphology, Physiology and Basic Pathology, School of Odontology of Ribeirao Preto, University of Sao Paulo

Prof. Elaine Del-Bel’s study group conducted an original research study to investigate the functioning of sensorimotor gating in the 6-OHDA-inducing partial or complete dopaminergic degeneration of the nigrostriatal pathway in Parkinson’s Disease. 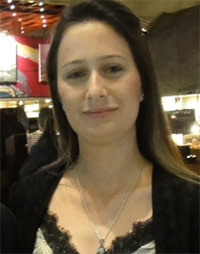 Anne Marie Pordon is Publisher of Pharmacology and Pharmaceutical Sciences titles for Elsevier, including the journal Life Sciences. She has been with Elsevier since 2009 and is based in Amsterdam.