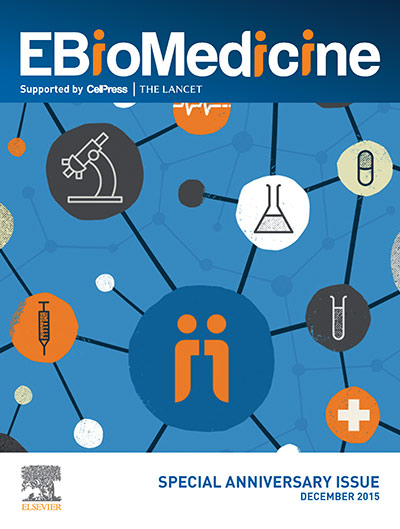 Biomedical research is vital for promoting health and curing the diseases that affect society today. But for research to make an impact on people, it has to be translated into clinical practice, taking it closer to the patients who need it.

A year ago, Cell Press and The Lancet worked together to create an open access journal that bridges the laboratory and the clinic. EBioMedicinepublishes at both the basic and clinical ends of the biomedical research spectrum, focusing on the translation of scientific discovery for patient care and health systems.

To celebrate EBioMedicine’s first birthday, we have put together a special selection of articles that showcase some of the high-quality research we have published so far.

Reaching academics and the public worldwide

Pooling the editorial expertise of Cell Press and The Lancet has helped position EBioMedicine at the front line of relevant biomedical research. It has also helped to ensure that our authors’ work is handled with the insight and professionalism expected of these parent journals.

The results have been astounding. In this first year, we have published 200 articles, which have been downloaded more than 130,000 times. Research from the entire spectrum of biomedical research fields – including cancer, neuroscience, immunology and infectious diseases – has generated interest from academics around the world, and with significant media coverage, it has also gained interest from the general public.

We have curated a collection of articles that celebrates our first year, showcasing some of the best research published in EBioMedicine. The articles exemplify our ethos: translating science to improve health.

One paper looks at the efficacy of a drug called lumacaftor for treating cystic fibrosis patients with certain genetic mutations. The method described in the paper may help apply personalized therapies to cystic fibrosis and other respiratory diseases.

Another article reveals how the control of bacteria in the gut can help reduce obesity in children. The researchers identified bacterial genomes that contribute to obesity, and they suggest eating a diet rich in non-digestible carbohydrates could reduce childhood obesity.

Looking back, the outstanding research published in our first year demonstrates the tremendous translational impact the journal is already having. We hope you’ll join us in making our second year just as impactful in building knowledge on the mechanisms of disease and improving health outcomes.

The effective translation of insights gained from biomedical research into improved human health is a global priority. To this end, Elsevier has looked to the leadership of its two leading brands, Cell and The Lancet, to guide the launch of a new comprehensive, online-only open access, rapid publication Elsevier journal, EBioMedicine, focused on forming a community that spans this interface and creates a valuable opportunity for dialogue and collaboration between their respective audiences. As the communities that border this interface are large and diverse, the scope of EBioMedicine covers the entire breadth of translational and clinical research within all disciplines of life and health sciences, ranging from basic science to clinical and public/global health science. The journal is committed to facilitating and incentivizing a robust and successful pipeline for improved human health globally.

Dr. Julie Stacey received her BA in Biochemistry from Bowdoin College in Maine and completed her doctoral research in microbiology at Mount Sinai School of Medicine in New York City. She continued her post-doctoral studies at Rockefeller University in New York and then joined Cell Press in 2004, where she worked for more than 10 years as a scientific editor. Dr. Stacey joined EBioMedicineas the US Editor-in-Chief in 2014.

Dr. Duc Le graduated with a BSc in Applied Biology/Biotechnology from RMIT University in Melbourne, Australia, and worked as a researcher at the National Institute for Hygiene & Epidemiology in Vietnam. He received a PhD in Immunology from Royal Holloway University of London and completed a 3-year post-doctoral term there. He then worked at Future Science Group in the UK as Senior Editor for several journals and books. He joined Elsevier in 2014 as UK Editor-in-Chief for EBioMedicine.