The largest telescope ever designed, the Square Kilometre Array radio telescope (SKA), is being built in South Africa and Australia. According to the website, it will be so sensitive it will be able to detect an airport radar on a planet tens of light years away and exceed the image resolution quality of the Hubble Space Telescope by a factor of 50 times. And it is expected to produce science that changes our understanding of the universe.

The driving force behind the country’s efforts to host the SKA is South African Minister of Science and Technology Grace Naledi Mandisa Pandor. “For the first time, Africa is going to participate in a significant scientific project which will result in global research infrastructure located in the African continent,” Minister Pandor said in a recent Elsevier Foundation video.

Her deep involvement in the SKA project is just one example of the passion and commitment to scientific development Minister Pandor has epitomized her more than 20 years of service in the South African government. After completing a master’s degree in education from the University of London, she went on to become a teacher, university lecturer, Chancellor of the Cape Peninsula University of Technology, and Minister of Education in South Africa. She has been a member of the Parliament since 1994 and has served on the National Executive Committee of the African National Congress since 2002.

Tomorrow, Minister Pandor will be presented with the 2016 Award for Science Diplomacy by the American Association for the Advancement of Science (AAAS) during the 183rd AAAS Annual Meeting in Boston. “Under her leadership, South Africa has made numerous contributions to building science structures in organizations such as the African Union and the Southern African Development Community, to strengthening the science granting councils of other African countries, and to expanding the role of the Global Research Council,” wrote Dr. Tom Wang, AAAS Chief International Officer and Director of the Center for Science Diplomacy, in a letter to the AAAS Board of Directors.

The Award for Science Diplomacy honors Minister Pandor’s continuous efforts to “integrate science in policymaking in South Africa, and her advocacy for young scientists and women scientists by supporting initiatives that encourage international collaboration for both groups.”

“Under Minister Pandor’s leadership, South Africa has become a catalyst for developing scientific capabilities across the African continent,” wrote Dr. Jean Lebel, the President of Canada’s International Development Research Centre, in nominating Pandor for the award.

Minister Pandor has dedicated much of her career to connecting research with sustainable development, using science and technology to support development in both her country and in sub-Saharan Africa. She led the implementation of South Africa’s Ten Year Innovation Plan and the National Research and Development Strategy. She initiated and hosted Science Forum South Africa in 2015, the first event of its kind in the continent, aiming to provide a platform for debate on the role of science, technology and innovation in society, as well as to promote international science partnerships.

“Science does best when it's done in collaboration,” she said. “South Africa has a duty and will not enjoy freedom if not with the collaboration with brothers and sisters in the continent, particularly young people.”

The AAAS Award for Science Diplomacy recognizes her work to strengthen scientific engagement and collaboration across Africa and worldwide, and her numerous efforts to promote research capacities of emerging scientists, particularly female scientists. One of the projects saw Minister Pandor expanding the South African Research Chairs Initiative (SARChI), designed to attract and retain excellence in research and innovation at South African public universities. In 2015, she announced 20 new research chairs designated for women applicants: the amount of remarkable applications was so high that the number of positions had to be doubled. “We shouldn’t forget the demographics,” she said, “because if it's invisible in your head as a political head, then no one else is paying attention.”

Watch an interview with Minister Pandor

To attend the award ceremony

The AAAS Award for Science Diplomacy will be presented to Pandor at the AAAS 2017 Annual Meeting in Boston, 6:30 p.m. on Friday, February 17, in the Republic Ballroom of the Sheraton Boston Hotel. 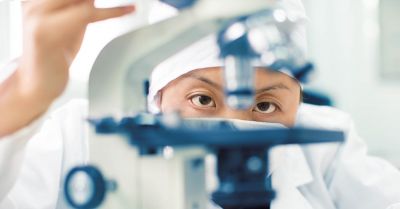 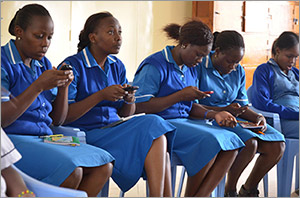