Someone you know has a print disability; here’s how we’re helping

Publishers can work together with organizations serving people with print disabilities

Update: Elsevier is  the winner of the 2016 Accessible Books Consortium (ABC) International Excellence Award for Accessible Publishing in the Publisher category. The awards were announced at the London Book Fair. Here's a short interview with Dr. Alicia Wise and Dr Márcia Balisciano, Director of Corporate Responsibility for RELX Group. 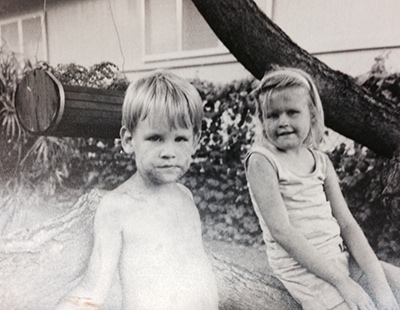 My little brother is one of my top heroes. Growing up, he struggled and struggled in school despite being creative and intelligent.

He was held back in second grade, which didn’t help his reading one iota. Plus he was bored every day of that second year, and as a very tall child, he stood out like a sore thumb.

It wasn’t until he was 10 that a special education teacher diagnosed him with dyslexia, which prevented him from correctly perceiving and interpreting written text. (Have a look at this dyslexia simulator to get an idea of what this challenge is like!)

It’s a challenge faced by about one in 10 people.

Jonathan never really did get to grips with book learning, and instead channelled his efforts into building a successful career and business in the visual arts (where, intriguingly, I have read estimates that about 30 percent of people have dyslexia).

My fantastic brother is one of the hundreds of millions of people living today with a print disability – a challenge such as dyslexia or blindness which makes it difficult or impossible to read text. More than 285 million people worldwide are visually impaired, according to 2014 estimates by the World Health Organization.

Now, as an adult, Jonathan is a voracious devourer of audiobooks and films – two media that are thankfully very accessible to him. But not for everyone. The World Blind Union has coined the term “book famine” to reflect the hunger felt by people with print disabilities for access to more books.

Had Jonathan been in school today, his experiences might have been different. This is because there is wider awareness and better testing and support, and also because publishers can use technology to make e-books and learning materials accessible to people with print disabilities.

Elsevier is very active in this area, and we are all very excited to have been shortlisted for the ABC international accessible publishing awards for the second year in a row. To learn about accessibility and implement the latest technologies practices in our products, we work in partnership with some fantastic organizations around the world. Here are three of our key partners:

ABC aims to increase the number of books worldwide in accessible formats (braille, audio and large print) and make them available to people who are blind, visually impaired or otherwise print disabled. The ABC itself is an inclusive partnership led by the World Intellectual Property Organization (WIPO) and involving advocacy organizations, authors, libraries, publishers and standards bodies. It has 3 action areas:

This week is the 31st Annual International Technology and Persons with Disabilities Conference at the Center for Disabilities at California State University, Northridge (CSUN), and two Elsevier colleagues will be presenting:

Ted Gies (@tedgies1), Principal User Experience Specialist for Elsevier Labs, will present Accessible Charts using ARIA — a collaboration project with our chart vendor HiCharts on how to make visualizations accessible to people who are blind.

Tripp Narup, Manager of the Elsevier Global Books Digital Archive, will present A Publisher's Dilemma: Lessons From A Real Book About Accessibility. What happens when a publisher creates a book about accessibility written by authors who demand accessible content? Tripp will share some painful (but useful) lessons learned. He will also be a panelist on the session New Guides by Publishers, for Publishers: How to Create Accessible EPUB 3.

Bookshare offers accessible e-books to people with qualified print disabilities anywhere in the world. Currently, it has members in over 70 countries who are able to access a collection of more than 254,000 book titles.

Bookshare is quite an interesting initiative, and one we are delighted to have entered into an agreement with as it is run by Benetech, a leading Silicon Valley-based nonprofit technology company founded by social entrepreneurs. Benetech provides a wide array of support for Bookshare users, including verifying proof of their disability, accepting subscriptions fees, and even discounting or waiving these membership fees altogether for print disabled people in lower income countries.

The Bookshare service offers accessible books that can listened to with high quality text-to-speech voices, displayed so that readers can hear words at the same time they are highlighted on the screen (great for dyslexic readers like my brother!), read digital or physical braille books, and read large-print books either physically or through an Internet browser.

Elsevier recently teamed up with Load2Learn, a web-based service delivered by RNIB (Royal National Institute of Blind People) and Dyslexia Action to offer access to book titles in accessible formats. Load2Learn enables learners who cannot read standard print, including those with dyslexia and who are blind or partially sighted, to read the same books at the same time as their classmates. The service is completely free and is open to all teaching staff, enabling them to download textbooks and accessible images to meet their students’ needs.

Since 2001, Elsevier has had a commitment to fill alternate file requests the same day they are received. Over the years, despite growth from a few requests per year to over 4,500 per year now, the Elsevier Global Book Archive has continued to deliver files the same day they are requested. Over the years, the quality of the files has increased dramatically. We now provide PDF, Word and EPUB3 files. In addition, Elsevier was a founding member of the AccessText Network (ATN), which serves as a national clearinghouse for higher education titles. ATN is supported by all major US publishers. 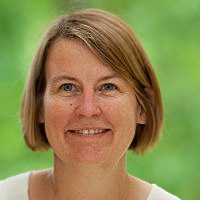