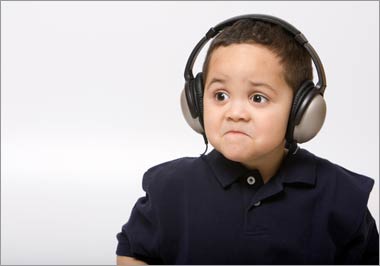 It is often said that music is a universal language. However, a new report in the Cell Press journal Current Biology finds that music doesn't speak to everyone. There are people who are perfectly able to experience pleasure in other ways who simply don't get music in the way the rest of us do.

The researchers refer to this newly described condition as specific musical anhedonia — in other words, the specific inability to experience pleasure from music.

"The identification of these individuals could be very important to understanding the neural basis of music — that is, to understand how a set of notes (is) translated into emotions," said Dr. Josep Marco-Pallarés (@JosepMarco), a Professor on the Faculty of Psychology at the University of Barcelona with a PhD in neuroscience.

The researchers previously found hints about this form of anhedonia after they developed a questionnaire to evaluate individual differences in musical reward. Those evaluations found some individuals who reported low sensitivity to music but average sensitivity to other kinds of reward. But multiple explanations are possible for these low music sensitivities. For instance, some people might seem to dislike music because they have trouble perceiving it — a condition called amusia. Or maybe some people simply answered the questions inaccurately.

In the current study, the research team decided to look more closely at three groups of 10 people, with each group consisting of participants with high pleasure ratings in response to music, average pleasure ratings in response to music, or low sensitivity to musical reward, respectively. Participants in the three groups were chosen based on their comparable overall sensitivity to other types of rewards and their ability to perceive music.

Where do you fall on the music reward spectrum?

Find out by taking the researchers' questionnaire.

Both tasks have been shown to engage reward-related neural circuits and produce a rush of dopamine. Meanwhile, the researchers recorded changes of skin conductance response and heart rate as physiologic indicators of emotion.

The results were clear: some otherwise healthy and happy people do not enjoy music and show no autonomic responses to its sound, despite normal musical perception capacities. Those people do respond to monetary rewards, which shows that low sensitivity to music isn't tied to some global abnormality of the reward network.

The findings might lead to new understandings of the reward system, with implications for pathologies including addiction and affective disorders, the researchers said.

"The idea that people can be sensitive to one type of reward and not to another suggests that there might be different ways to access the reward system and that, for each person, some ways might be more effective than others," Dr. Marco-Pallarés said.

This article is freely available for two months, until May 6, 2014: Current Biology, Mas-Herrero et al: "Dissociation between musical and monetary reward responses in specific musical anhedonia."[divider]