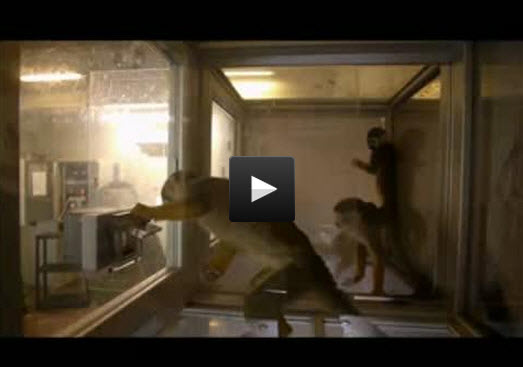 Video of monkey trendsters.The researchers discovered that monkeys with the strongest social networks catch on more quickly to the latest in foraging crazes. They refer to them as "monkey trendsters." (Source:Current Biology, Claidiere et al)

Of course Twitter and Facebook are all the rage, but the power of social networks didn't start just in the digital age. A new study on squirrel monkeys reported today in Current Biology, a publication of Elsevier's Cell Press, finds that monkeys with the strongest social networks catch on fastest to the latest in foraging crazes. They are monkey trendsters.

The researchers, led by Dr. Andrew Whiten, Professor in the University of St. Andrews School of Psychology & Neuroscience in the UK, made the discovery by combining social network analysis with more traditional social learning experiments. By bringing the two together, they offer what they say is the first demonstration of how social networks may shape the spread of new cultural techniques. It's an approach they hope to see adopted in studies of other social animals.

"Our study shows that innovations do not just spread randomly in primate groups but, as in humans, are shaped by the monkeys' social networks," Dr. Whiten said.

Dr. Whiten, along with Dr. Nicolas Claidière, Dr. Emily Messer and Dr. William Hoppitt, traced the monkeys' social networks by recording which monkeys spent time together in the vicinity of "artificial fruits" that could be manipulated to extract tempting food rewards.[pullquote align="right"]Innovations do not just spread randomly in primate groups but, as in humans, are shaped by the monkeys' social networks.[/pullquote]

Sophisticated statistical analysis of those data revealed the monkeys' social networks, with some individuals situated at the heart of the network and others more on the outside. The researchers rated each of the monkeys on their "centrality," or social status in the network, with the highest ratings going to monkeys with the most connections to other well-connected individuals.

The artificial fruits could be opened in two different ways, either by lifting a little hatch on the front or by pivoting it from side to side. The researchers trained the alpha male in one group of monkeys on the lift technique, while the leader in another group was trained on the pivot method. They then sent them back to their groups and watched to see how those two methods would catch on in the two groups.

More central monkeys with the strongest social ties picked up the new methods more successfully, the researchers found. They were also more likely than peripheral monkeys to learn the method demonstrated by their trained alpha leaders.

Whiten said the squirrel monkeys are a good species for these studies because of their natural inquisitiveness. They also lead rather intense social lives.

The researchers now hope to extend their studies to focus on the squirrel monkeys in different contexts — while foraging, moving, and resting, for example — and how those contexts might influence the spread of innovations. They suspect they might even find evidence for different monkey subcultures.

"If there are subgroups within the network, then what appear to be mixed behaviors at the group level could in fact be different behaviors for different subgroups—what could be called subcultures," Whiten said. 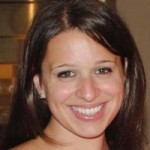 Mary Beth O'Learyis Press Officer and Associate Media Relations Manager for Cell Press (@CellPressNews), based in Cambridge, Massachusetts. She began her career at Cell Press as an Senior Editorial Assistant for the journal Cell before transitioning into a role as Marketing/Publicity Coordinator. In December, she moved into her position as Press Officer for Cell Press's 29 journals. A graduate of the College of the Holy Cross in Worcester, Massachusetts, she studied literature and art history.