Social media for scientists—including the shy, overcommitted and unconvinced

As in life, the most effective way to network often involves listening rather than speaking 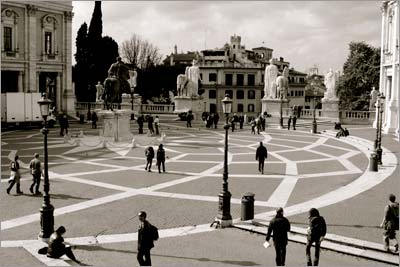 In a public plaza, as in social media, people often interact by proximity or gaze but not necessarily directly. (Piazza del Campidoglio (Giulio Menna) / CC BY-ND 2.0)

For most scientists and clinicians, social media probably plays just a small role in their professional life. To many, it may seem like something for friends and family, or for personal interests, entertainment and diversion – or have no obvious value at all.

As Dr. Kim Cobb of Georgia Tech stated at the Engaging with Social Media panel at the AAAS conference: "Who has the time anyway?" (She was sharing the sentiment of many of her fellow scientists – and her own view before she gave social media a try.)

Actually, social media has great potential to transform how scientists communicate and work, just as it is already transforming other areas such as journalism. But not in the way you might expect.

The transformation will mostly happen, I think, by social media becoming woven into existing scientific practices and tools, and providing better ways to achieve goals scientists are already highly focused on achieving. For example: tracking research related to your work; maintaining networks of collaborators and peer experts; and supporting your research impact, career advancement and funding.

No doubt, some scientists and specialists will use social media for new types of public advocacy and outreach – the focus of the AAAS "Engaging with Social Media" panel. Most, like the majority or "middle adopters" of any practice or technology, will shift to it more quietly, gradually, and only when it becomes a routine or normal practice or offers fairly clear and immediate benefits.

In particular, we can predict that social media's main use for scientists will be asymmetrical: mostly not for directly speaking or posting publicly, but for reading, discovery and social media listening. 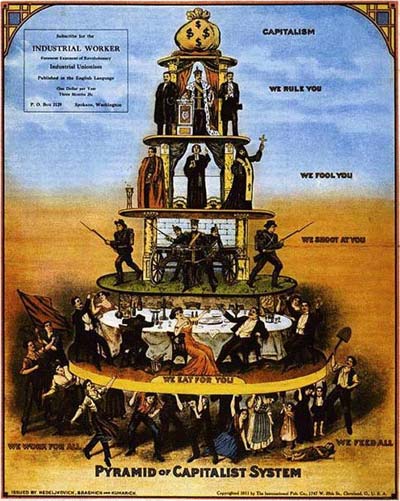 While early adopters and advocates of social media tend to have a lot of conversation and "engagement " on these networks, this is predictably not the case for most majority and later users. First, this is a logical consequence of the networks' structures, in which a post is sent to a network of followers, so the normal case is that reads significantly outnumber posts.

In almost all online interactive environments, a pattern of asymmetrical participation has been observed, called the "1% rule " or "90–9–1 " rule: Passive uses typically far outweigh active use. Recent research such as Jon Bruner's "Tweets loud and quiet " (O'Reilly Radar, December 18, 2013) have confirmed this for social media, showing that on Twitter, for example, most users have very few followers, while a small percentage of well-known users produce a large portion of all posts and views.

I would argue that the mostly passive or "non-engaged " use of social media is actually fundamental to its value, and is characteristic of complex and productive networks. Consider a popular city street or plaza, or any urban public space: what makes it a rich and social experience is that we can have partial and passing contact with a multitude of people, observing and exchanging signals but mostly not personally knowing or speaking with each person there. Or even a bookstore or magazine rack: it let us skim across many materials, engage deeply with a few.

Today's social media platforms, such as Facebook or Twitter, may alter this pattern somewhat, but aren't likely to fully overcome it, especially in "interest graph " networks such as Twitter, which support and have widespread use of one-way following. In such networks there is often no reciprocal tie between follower and followed.

This is not, by any means, to discount the many laudable outreach and active-engagement activities discussed by the AAAS panelists, which I fully support. Rather, it is to suggest that for many scientists, there may be much potential value lying in a somewhat different direction: in tools and practices for better social-media listening, filtering and following, rather than in speaking.

In my own scicomm work, I focus on this angle: for example exploring new ways to sort and filter Twitter streams, and prototyping an alternate Twitter-like interest/social network for science and scholarship.

As they say in civic circles, we need followership as well as leadership; or as Stephen Covey said in his famous book Seven Habits of Highly Effective People: "Seek first to understand, then to be understood. "

This presence can take various forms:

Tools and networks for scientists

Here's a sample of some key tools and networks scientists can use for their work:

"Assistive" tools: Kudos, auto-tweeting on platforms (e.g., on ArXiv.org), future tools to be developed by publishers and other vendors, possibly deployed through researchers' institutions.

2.  Publishers, institutions, and scholarly societies and conferences will increasingly offer resources to facilitate scientists' engagement on social media, or (to degrees) handle it for them.

3. Evolution of smarter tools to monitor, curate and refine your information network.

Science/scholarly platforms such as ScienceDirect and Google Scholar, and general info-management tools such as Evernote, will keep evolving broader and more sophisticated ways to track and curate useful information across a multitude of sources, and many social networks will become integrated into these tools. So, for example, they might automatically track social media activity around any items you have tagged or stored in your research collections, and bring it to your attention when certain trigger conditions are met. (e.g., it's mentioned by important figures in your social graph, or above a certain frequency, or in major media).

Even if you don't yet see the point or value in using social media for science, look out! It may meanwhile be steadily integrating into your tools and environments, engaging you and serving purposes more quietly and indirectly at first; rather than the more obvious case of visible public outreach and public discussions. But this is how technologies often become transformative – by becoming ordinary. As computing pioneer Mark Weiser said, in his 1991 Scientific American article "The Computer for the 21st Century": "The most profound technologies are those that disappear."

The most profound technologies are those that disappear. — Mark Weiser

Tim McCormick, "How To Bring Academics to the Social-Media Party? Indirectly," on tjm.org, January 14, 2013.

Cody Brown, "Twitter's Root Injustice," TechCrunch, March 4, 2014. (On why later adopters' experience on networks is typically less symmetrical and engaged than that of early adopters.) 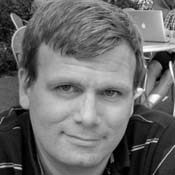 He received a BA from Yale University and is finishing an MS in Library & Information Science from Long Island University.