Should the media take more responsibility in epidemics?

Mass media coverage can slow disease spread, according to a new study

When a disease epidemic sweeps across a region or country, public health officials take measures to try and halt the spread of the disease. They issue announcements (“Cover your face when you sneeze!”) and encourage people to take precautionary measures or seek treatment.

But these interventions are only effective if people see them and take action. What if there was another way to change people’s behavior and prevent the spread of disease?

That’s what researchers in China and Canada have been studying. They have found that news coverage in the mass media can have a big impact on people’s behavior, reducing the number of new cases of a disease. They suggest that to maximize this benefit, media coverage should last longer and contain more news reports on the epidemic.

During a disease outbreak, like the A/H1N1 influenza pandemic of 2009, news reports keep us updated on the disease: how it is spreading and how many people are affected. Scientists have also shown that mass media coverage – including television, radio, newspapers, billboards and booklets – can have an effect on our behavior.

However, it is still unclear whether and how the number of news items from different types of mass media is linked to the infection dynamics during different stages of a disease outbreak. 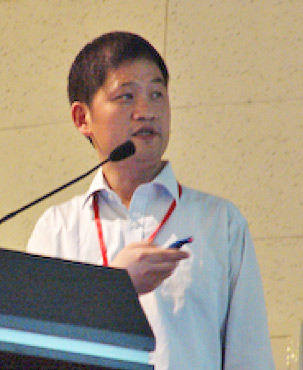 In a new study published in Elsevier’s Journal of Theoretical Biology, researchers from Shaanxi Normal University in China and York University in Canada analyzed the effect of mass media coverage on the 2009 A/H1N1 influenza epidemic in the city of Xi׳an in the Shaanxi province of China. They compared the number of hospital visits with the number and duration of news reports about the epidemic.

Corresponding author Dr. Sanyi Tang, Professor in the College of Mathematics and Information at Shaanxi Normal University in China, explained the idea behind the research:

During the A/H1N1 outbreak in Xi’an, I came down with a bad cold and stayed in the university hospital for treatment. Because of the large number of patients with A/H1N1 and the limited number of beds, I was given medicine and released from the hospital. This process made me and my team members begin to think about how we could use mathematical modelling and statistical methods to study the outbreak. We started studying interventions used to control the outbreak, most recently looking at the effect of media coverage.

In the first part of the study, Dr. Tang and his team collected media coverage that contained the key word “A/H1N1” in the title from eight major news websites between September 3 and November 16, 2009. They also obtained the number of newly reported cases from the province’s dedicated influenza hospital, the 8th Hospital. 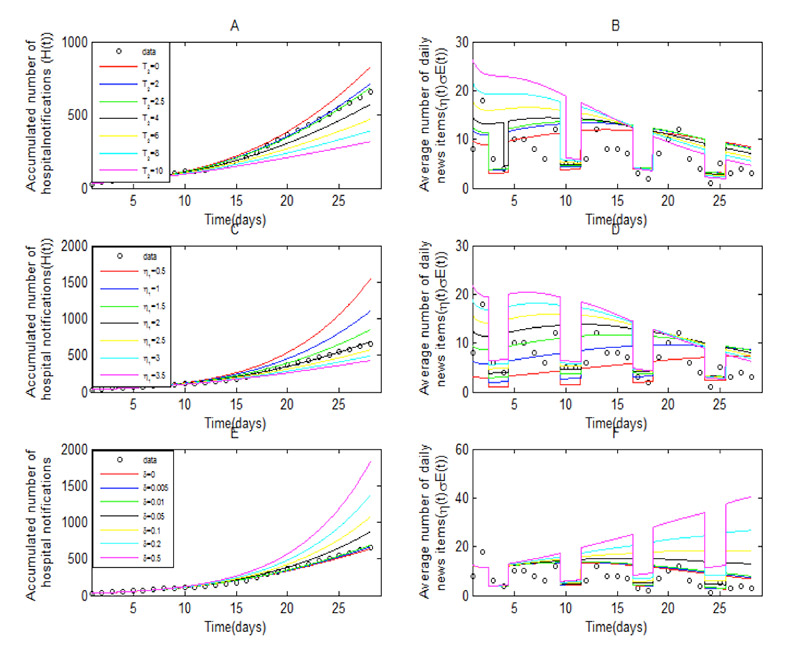 A mathematical model of media impact

The researchers then developed a mathematical model to help them study the dynamics of the media coverage: news items, coverage duration and the response of media to the number of cases.

The model confirmed that when there is an increase in news items, there is a decrease in newly reported cases. This is likely due to a change in people’s behavior: they avoid contact with others, so fewer people are infected.

The model also showed that the duration of coverage matters. When the coverage lasts longer, there are more news items and a bigger impact on the public awareness of the epidemic, resulting in further behavior changes and fewer new infections.

These results confirm the importance of people’s responses to media coverage in limiting the impact of a disease epidemic, said co-author Dr. Sandra Gabriele, Professor in York University’s School of the Arts, Media, Performance & Design:

The success of any comprehensive prevention and control strategy of the emerging infectious diseases relies on the confidence – and action – of the public in the strategy, and media plays a substantial role in building this confidence.

Can media control an epidemic?

Research has shown that media coverage has an effect on different characteristics of an epidemic, such as the magnitude of its peak, its timing and the final number of infections. This needs to be taken into account by public health officials when they are designing interventions: understanding the impacts of media coverage during an epidemic can support the development of a public health policy that can be implemented and communicated to the public quickly.

We know that media plays a significant role in the various stages of a modern epidemic and with further research we hope to find ways to educate the media and the public on exactly what notifications – such as new infection numbers, infection change rates, total infections and deaths – are indicators of in terms of the cycle of a disease epidemic and how behavior can help minimize negative outcomes.

This requires a good understanding of how disease infection progresses and where social distancing, immunization and other preventative strategies are most effective during the disease cycle to help reduce the incidences of infection.

It’s clear that the media can have a big impact, but the question remains whether it’s the media’s responsibility to change people’s behavior. Dr. Tang thinks it is:

In order to help reduce the accumulated number of new notifications, the media should have been more persistent in their reporting of number of infections, hospitalizations and deaths. In addition, news reports needed to be timely and continue for longer periods.

The researchers now plan to take the time lag between the media coverage and changes in newly reported cases into account to find out how this factor affects epidemics.

Elsevier has made the following article freely available until April 6, 2016.

Currently, Dr. Tang is working on modeling and data analysis for emerging infectious diseases and integrated pest management strategy. He has many years of experience in developing hybrid differential equation models and analytical methods for integrated pest management, HIV/AIDS and emerging infectious disease research. He was involved in the interdisciplinary program for cellular regulation in the University of Warwick, UK. Currently he is participating the modeling sub-project of the National Mega-project of Science and mainly working on analyzing the surveillance data and developing computation methods. He was the PI of three NSFC grants and one NIH-NSFC grant, and has published more than 100 scientific papers. He is directing the Divisions of Applied Mathematics and Bio-statistics to perform bio-mathematical modeling in infectious diseases and population dynamics.

Sandra Gabriele is Associate Professor and Chair of the Department of Design, School of Arts, Media, Performance and Design, at York University in Toronto. She has been practicing and teaching graphic design for over 30 years. She is a graduate of the Ontario College of Art, Toronto, the School of Design, Basel, and holds a Master of Design (MDes) in Visual Communication Design from the University of Alberta, Edmonton. In professional practice, she has designed communications materials for a variety of clients, including government organizations, corporations, small businesses and non-profit organizations. Her research interests are in the area of typography, information design and information visualization. Projects have focused on the visualization of large text collections and patient safety initiatives involving graphic design.

The Journal of Theoretical Biology is the leading forum for theoretical perspectives that give insight into biological processes. It covers a very wide range of topics and is of interest to biologists in many areas of research, including cell and developmental biology, ecology, infectious diseases and mathematical modeling, statistics and databases. The journal publishes papers that bear significant importance on the biology being presented, rather than just on the mathematical analysis.