LeWeb and Elsevier are teaming up to run a half-day event called Axon@LeWeb December 9 at LeWeb's International Digital Innovation Conference in Paris, and they are giving 15 science and research startups the chance to showcase their business innovations.

Here, Mendeley Co-Founder Dr. Victor Henning, VP of Strategy at Elsevier, writes about the importance of supporting science start-ups – and his own challenges in getting start-up funding for Mendeley. 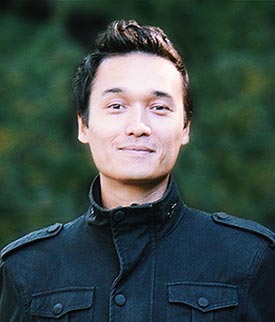 Over the last few years, I have watched something interesting happen in the world of science: Tech startups and VCs suddenly care about scientists. Strangely, this wasn't always the case.

When the World Wide Web was invented at CERN, its purpose was to help manage and share scientific information about particle accelerator experiments. Yet with the exception of a few search engines, document repositories, and journal databases, the Web remained barren of well-designed tools and applications engineered for scientists.

Instead, the last 15 years witnessed the explosion of the consumer Web and mobile apps, fueled by advertising revenue. Jeff Hammersbacher, an early Facebook data science employee (and now founder of Cloudera), summed it up in Businessweek a few years ago when he said:

The best minds of my generation are thinking about how to make people click ads. That sucks. … If instead of pointing their incredible infrastructure at making people click on ads, they pointed it at great unsolved problems in science, how would the world be different today?

How indeed? We might be watching hilarious cat gifs on the screens of our flying cars.

Around 2008, things started to change: A small wave of bootstrapped startups began building document management tools, social networks, and recommendation engines for scientists. Among them was Mendeley, my own company. Grown out of our own frustrations as researchers, my co-founders and I built Mendeley to make science more open, more efficient and more collaborative. Getting started wasn't easy — many VCs turned us down because they saw research as a "niche." We nonetheless managed to convince a couple of angel investors (among them the founders of Skype) to invest in us.

After launching in 2009, we came to LeWeb to participate in the startup competition. I have the fondest memories of the event — a freezing, pre-Christmas Paris in December, and Dave McClure, the famously foul-mouthed Silicon Valley angel investor, tweeting his sexual arousal at seeing our pitch:

#lewebsc crap, disappointing @Mendeley already raised 2M... i was getting a woody there. #EuroStartupEnvy

Events like LeWeb helped put us on the map with international investors, press and potential users. From there, Mendeley grew to a research platform connecting more than 3.5 million researchers in 180 countries, with institutional customers like Stanford, Harvard, and MIT. In April 2013, we were acquired by Elsevier, the world's largest publisher of science and health information.

Without wanting to claim undue credit, quite a few PhD students and postdocs who became entrepreneurs themselves have told me that Mendeley was an inspiration for them: It proved that tools for researchers could go from garage to global audience, and it proved to potential investors that the "niche" could also deliver sizeable exits.

Start-ups: How to apply for Axon@LeWeb

LeWeb and Elsevier are teaming up to run a half-day event called Axon@LeWeb December 9, and they are giving 15 science and research startups worldwide the chance to showcase their work there. The event is part of LeWeb's annual International Ditigal Innovation Conference December 9 to 11 in Paris. It brings together startups, tech companies, brands and media to explore the latest trends in Internet-driven business.

Axon@LeWeb is seeking applications until Sunday, November 16, at midnight CET. Selected startups will receive a free ticket for the event along with an opportunity to present their business innovations and propositions to an audience of interested parties and likeminded scientific entrepreneurs. The conference will also allow them to network with the best and brightest companies in the sector.

Winners will be announced on November 18, and non-selected startups will also have the opportunity to attend, receiving a €200 discount, subsidized by Elsevier, on the price of a regular startup ticket.

A second wave of start-ups

We are now seeing the emergence of a second wave of venture-backed research startups, offering a much wider range of scientific workflow tools. They help scientists keep electronic versions of lab notebooks, organize and share experimental data, order lab materials, write papers collaboratively, outsource experiments to other labs and to the cloud, get credit for peer reviews, launch their own journals, and even raise crowdfunding for their research projects.

It's time to give this movement more visibility. That's why Elsevier and LeWeb 2014 are teaming up to run Axon@LeWeb. (In case you're wondering, in the brain, axons are the fibres that carry impulses from neurons to other nerve cells). We want to bring together the most exciting science and research startups — the ones that build tools for the best minds of our generation — to help them crack those great unsolved problems.

We already have applications from amazing companies in the US, Canada, Sweden, France, the UK and Germany. We invite you to join them in applying.

Hope to see you in Paris in December!

Dr. Victor Henning (@victorhenning), the CEO/Co-Founder of Mendeley and VP Strategy at Elsevier. He's an Advisor to Downing Street No. 10 on the Tech City Advisory Board, a Fellow of the Royal Society of Arts, and was voted "Best European Startup Founder 2013" at The Europas. He holds a PhD from Bauhaus University Weimar for research on the role of emotions in decision-making.