Scientists are working with immigrant students in their native language, helping them improve their multilingual skills — and develop a passion for science

Joana Moscoso was a PhD student working to understand how bacteria cause infections. Tatiana Correia was a physics researcher working to produce a condensator to improve the performance of electric cars. Both are from Portugal, and both moved to the UK to continue their careers – Joana in academic research, Tatiana in the field of knowledge transfer.

Their experiences and background brought them together to co-found a company called Native Scientist — in which scientists work with immigrant students in their native language.

Here, they write about the program and their plans to expand to other countries. 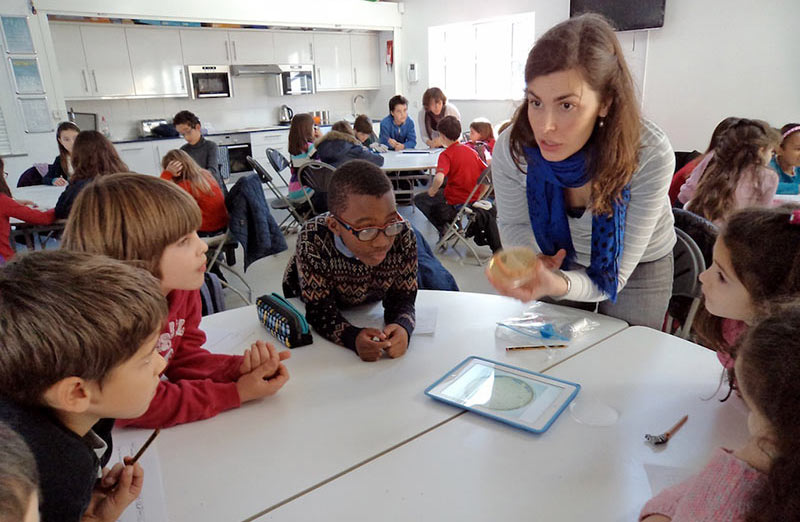 A group of young scientists in the UK and in France are visiting schools to share highlights of their work with immigrant students — speaking in the students' native language. They are using science to help school children develop their language skills along with a passion for science.

The program, called Native Scientist, brings together students and scientists that speak the same foreign language to promote multilingualism, interest in STEM subjects and a role model experience. 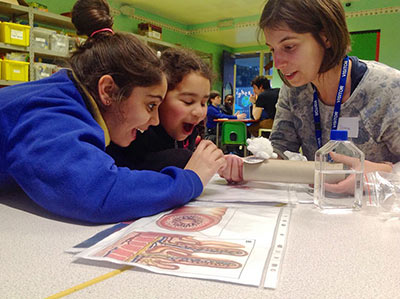 “It’s when you see scientists happier,” said Dr. Diana Prata, a neuroscientist who joined five other scientists last year to go to a school and show their work to students ages 6 to 12. She showed them, for example, how it is possible to know if someone is lying or telling the truth by looking at their brain activity.

Other scientists spoke about subjects like how we look for life in other planets or how the blood is made of different cells.

But these school sessions are not just about science. Diana works at King’s College London and is originally from Portugal, so she went to a UK school to talk about her science in Portuguese, helping the pupils that attend the after-school Portuguese language course to acquire new vocabulary and use the language in a different context.

Our idea to use science as a means to promote language learning came up in 2012 when we, also scientists in the UK coming from Portugal, found out that Portuguese-speaking pupils in some areas of London were among the poorest achievers at schools. At the time, we were organizing a conference with other Portuguese researchers in the UK under the umbrella of PARSUK (Portuguese Association of Researchers in the UK), so we had access to the resources we needed and the right ambience to go out there and do something about it. We later found out that by doing what we were doing, we were not only presenting role models to the pupils, but also using a type of pedagogical methodology called content and language integrated learning (CLIL), which is embraced by the European Union and is gaining acceptance worldwide.

The idea turned into reality and took off. We have since adapted this program to other languages, including French, Spanish and German. Typically, students who are raised bilingual or multilingual at home and go to a monolingual school struggle more than their peers at the early stages because their vocabulary is in two or more languages. For example, with English monolingual students, all of their vocabulary is in English, but Spanish-English bilingual students may have 40 percent of their vocabulary in Spanish and 60 percent in English. It is therefore understandable that multilingual pupils need more time than their peers to adjust to a monolingual school at an early stage. 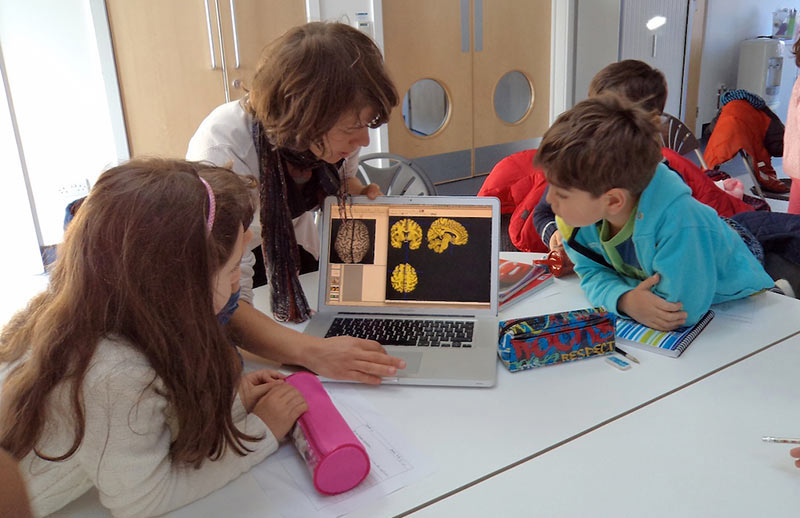 At a later stage, however, multilingual pupils often outperform English monolinguals. This is documented in various studies, including a 2012 report by the Institute for Policy Studies in Education titled Language Diversity and Attainment in English Secondary Schools: A Scoping Study and a report by Jennifer Thomson titled The Relationship between Student Achievement and Multilingualism: A Quantitative Causal-Comparative Study. As a result, these students will likely be more competitive and have a wider range of job opportunities.

In addition, multiple studies show that there are many benefits of being multilingual, ranging from higher ability to concentrate to improved memory or cognitive flexibility. Hence, the idea of fostering the learning of the school language as well as the home language can only be a good one.

We have been to 30 schools so far and reached over 1,000 students. For them, the opportunity to do something exciting in their home language and to interact so closely with top-notch scientists can be exhilarating. In the surveys we give after each visit, over 95 percent of participants say they liked the session and learned something new. Sometimes students ask the scientists for autographs. Other times, they share their Gummy bears with us. In every single session we have done so far, you can tell that some of the kids will never forget the experience.

The teachers agree. One of them recently told us she has more parents wanting to register their kids for the classes because the scientists are coming.

In 2013, we registered Native Scientist Ltd in the UK as a “social enterprise,” which means we can sell our services but remain a nonprofit company, where all the funding we receive goes back into the running of the organization. Recently, we branched out to France and hope to expand soon to Germany, the Netherlands and the United States.

We do the work on a volunteer basis outside working hours, and we are fortunate to have eight very committed collaborators who volunteer to help us run the school sessions and keep our social media communities up to date. In addition, we take courses in accounting and business strategy to help us run the business. It is a demanding lifestyle but a rewarding one. To give you a flavor of that, we leave you with the definition of scientist provided by a 6-year old French-English bilingual pupil:

A scientist is a person who makes sure they get the right answer. It can be a girl or a boy. Scientists try it over and over again. They never give up.

To deliver this program, Native Scientist works with various organizations, some of which provide financial support: 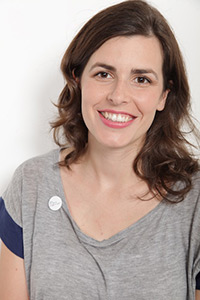 Dr. Joana Moscoso (@JoanaMoscoso) is a post-doctoral researcher at Imperial College London and Co-founder and Director of Native Scientist. For the past five years, Joana has been involved in many science outreach activities, including mentoring of summer research students, workshops in schools, and the organisation of exhibitions. In 2012, she received the Imperial College prize for Outstanding PhD student in Science Communication. In 2014, she organised the annual open day for the department. She also organised LUSO 2012: 6th Meeting of Portuguese Researchers and Students in the UK, which had more than 300 attendees and Nobel Laureate in Medicine Sir Tim Hunt as guest speaker. She was on the board of directors of the Portuguese Association of Researchers and Students in the UK (PARSUK) in 2013 and was selected to work alongside MBA students on her ideas.

Joana loves travelling and has previously lived in Portugal, Sweden and Australia.

Dr. Tatiana Correia ( @TMPCorreia) is Co-founder and Director of Native Scientist. She also is a Knowledge Transfer Manager for The Knowledge Transfer Network in the UK, looking after nanotechnology and instrumentation. Previously, she led research in materials physics at the National Physical Laboratory in the UK.

She has mentored and tutored Portuguese-speaking students in the UK for more than seven years. Three years ago, she also mentored the LUSO Academy project, a Saturday school offering mathematics, science and music classes to Portuguese-speaking students. She is now the academy’s operations manager.  As spokesperson for the Portuguese Association of Researchers and Students in the UK and member of the LUSO 2012 organizing committee (6th annual meeting of PARSUK), she initiated a campaign with Joana Moscoso to raise awareness of the importance of the graduate community as role models for Portuguese-speaking youth. A physics graduate from the University of Porto, she later earned an MSc degree in Materials Science and Engineering from Aveiro University. In 2010, she obtained a PhD at Cranfield University in the UK.