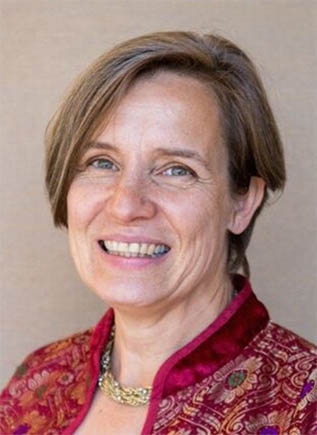 There’s a good reason some scientists have a hard timing moving beyond the PDF.The Semantic Web can be a very successful technology – but to be truly relevant, it needs to address big scientific questions as well as the desire for subtle expression in scholarly communication.

And now that scientific papers are online, the next frontier is data sharing – and publishers can play a key role in building the infrastructure.

These are some of the ideas discussed by Anita de Waard (@anitadewaard), VP of Research Data Collaborations at Elsevier, in a new podcast on Scholarly Kitchen, the popular blog of the Society for Scholarly Publishing. De Waard is interviewed by Dr. Stewart Wills, Editorial Director, Web & New Media, for the journal Science, published by the American Association for the Advancement of Science (AAAS).

Dr. Wills begins by asking her about the reluctance of some researchers to move “beyond the PDF.” He borrowed the phrase from the conferences of that name that she co-organized as a part of the Force 11 initiative, which focuses on discussing innovative technologies that are transforming scholarly communication.

For de Waard, the fondness for the PDF relates to what it has come to represent: an embodiment of the “scholarly narrative” that looks like the paper researchers have come to know and trust. “They are single entities,” she says,” explaining that the solid format of a PDF can give people a sense of fulfillment as “objects” they worked to produce that represent a “chunk” of knowledge.

People really enjoy having the ownership of a piece of knowledge that’s wrapped up in a single thing – just like I like having books on my shelf, which I may not all have read. Because in some way I feel like I own the knowledge in the book just by buying the book and putting it on my shelf, and I have some idea what’s inside it. And I think similarly people have the feeling that they own a paper when they have the PDF on their hard drive.

Dr. Wills next asks her about other technologies that have influenced scholarly publishing, in particular the Semantic Web, which enables knowledge be interconnected across documents and fields so researchers can go beyond keyword searches to discover related concepts and data.But just as the PDF has come to take on a social significance that transcends its technical limitations, de Waard points out, so the Semantic Web must consider the subtlety of individual expression if it is to realize its potential.

In principal the technology has been very strong and has been shown to scale. … Where it breaks down is that the output from an individual scientist is seen by that scientist … to be a very personal expression that cannot simply be expressed as a set of drop- down menus or as a set of terms in an ontology. What the scientist is trying to convey is their insights. They’re not just saying ‘I did Method X to substance Y.’

The final topic Dr. Wills covers is that of research data, which constitutes de Waard’s current focus in a new department at Elsevier called ‘Research Data Services. De Waard thinks the current spate of interest in this topic is, in part, an outcome of the online availability of research papers; now that all papers can be read, it becomes clear that they do not have a very detailed description of what was actually done in the experiments. Curating experimental data is a lot of hard work, however, and de Waard says she hopes publishers have something to contribute here within an open data model.

De Waard is familiar with research issues from the perspective of a researcher as well as a publisher, having a background in experimental physics. She joined Elsevier as publisher in physics and neurology in 1988, taking on the role of Principal Researcher for Disruptive Technologies in the Elsevier Labs group in 1997 – a role she held until this year. Based in Vermont, she focuses on the development of innovative product concepts while establishing collaborations between Elsevier and academic groups in information and computer science. She is also a PhD candidate in linguistics at Utrecht University in the Netherlands.[divider]

Listen to the podcast

Alison Bert, DMA[/caption]Alison Bert (@AlisonBert) is Editor-in-Chief of Elsevier Connect. She joined Elsevier five years ago from the world of journalism, where she was a business reporter and blogger for The Journal News, a Gannett daily newspaper in New York. In the previous century, she was a classical guitarist on the music faculty of Syracuse University. She holds a doctorate in music from the University of Arizona, was a Fulbright scholar in Spain and performed in the 1986 international master class of Andrés Segovia.