Scaling back polio eradication would be devastating, 480 experts say

In the journal Vaccine, they issue a declaration urging governments and scientists to continue fight again crippling disease

Almost 500 of the world's vaccine experts are urging governments, vaccine manufacturers and scientists to work harder to eradicate polio. The "Scientific declaration on polio eradication," published this month in Vaccine, highlights motivations for eradicating polio and asserts that eradication is achievable. 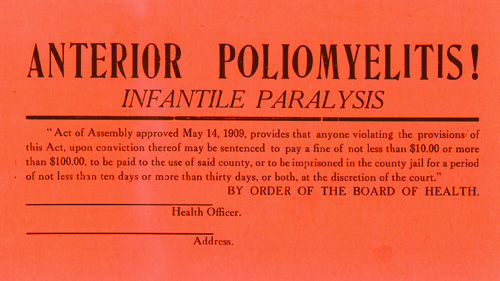 In January, the World Health Organization (WHO) endorsed the Eradication and Endgame Strategic Plan – a plan coordinated by the Global Polio Eradication Initiative (GPEI) in consultation with experts around the world. The plan has four main goals:

Poliomyelitis is caused by the polio virus, which is transmitted from person to person. The disease results in inflammation of the spinal cord and can have a range of symptoms, including muscle weakness and asymmetrical paralysis. Up to 75 percent of cases can be fatal. In 2012, there were 223 cases of polio – 66 percent less than in 2011. Polio is still endemic in three countries: Afghanistan, Nigeria and Pakistan. [divider] 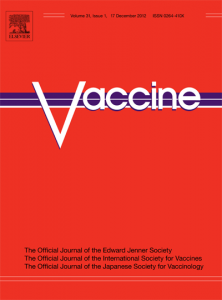 A virtual special issue of Vaccine gives free access to the declaration, "Scientific Declaration on Polio Eradication," and a selection of the most recent polio articles published in the journal.[divider]

There are two vaccines available against polio, and the most commonly used vaccine is delivered by mouth. It works by introducing the immune system to a weakened version of the virus so it can build up resistance to the live virus in case of infection.

In the declaration, leading scientists and health experts say that "unprecedented progress, scientific advances and new tools give us confidence that eradication is achievable.":

Polio is a highly infectious disease that can cause irreversible paralysis and death. Today, the disease mostly affects children living in some of the world's poorest and most marginalized communities. Yet we are closer than ever to a world where no child will ever again be crippled or die from this disease.

480 scientists from 80 countries signed the declaration, supporting the premise that polio could be eradicated within five years if strategic plans to eliminate wild and vaccine-derived viruses are followed. They are urging scientists to continue to develop vaccine technology and provide support to countries where polio is endemic, and vaccine manufacturers to supply vaccines in resource-poor countries.

The scientists also call on governments to continue to work on emergency plans and come up with solutions to "bottlenecks such as vaccine refusals."

We, members of the scientific community, declare our conviction that the eradication of polio is an urgent and achievable global health priority. We endorse the Eradication and Endgame Strategic Plan and call on actors in the global community to do their part to ensure the full implementation of the plan.

The only human disease to be eradicated

Smallpox was the only disease afflicting humans to be eradicated. The last natural case of smallpox was documented in 1980.

Smallpox spreads from human to human in droplets in the air. It is caused by the Vaccinia virus.

Vaccines were developed using the live Vaccinia virus. A global eradication programme was led by the World Health Organization, resulting in a declaration that smallpox had been eradicated on 8 May 1980:

The authors of the declaration state: "Having considered the development and results of the global program on smallpox eradication initiated by WHO in 1958 and intensified since 1967 … Declares solemnly that the world and its peoples have won freedom from smallpox, which was a most devastating disease sweeping in epidemic form through many countries since earliest time, leaving death, blindness and disfigurement in its wake and which only a decade ago was rampant in Africa, Asia and South America."

Lucy Goodchild joined Elsevier in November as marketing communications manager for Life Sciences at Elsevier, promoting Elsevier's immunology and microbiology journals and conferences from her home base in Amsterdam. She has a background in science writing and press relations through her previous work at the Society for General Microbiology and Imperial College London. Goodchild earned a BSc degree in genetics and microbiology from the University of Leeds and an MSc in the history of science, technology and medicine from Imperial College London.

Polio was a disease that remained a terrifying presence even after the first vaccine was available. I recall an aunt warning us not to play in a damp basement because we could catch polio. The disease had become associated with water because some outbreaks occurred at summer camps.

For those interested in learning more about the tenor of the prevaccine era and the story of the Salk-vaccine development I recommend "Patenting the Sun" by Jane S. Smith - a dramatic and inspiring story.