Roundtable: What are the barriers to scientific independence in Africa?

Policymakers, publishers and nonprofits gather in UK Parliament to debate problems and solutions 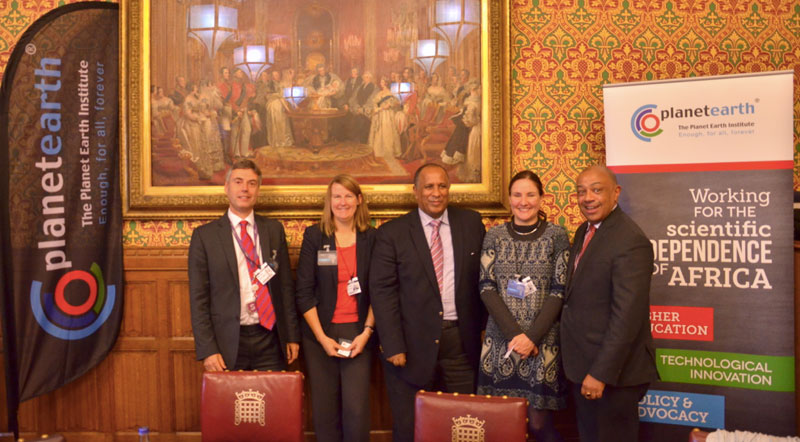 While many emerging regions have invested heavily in science and technology, Africa is falling behind in the race for scientific development, with the lowest enrollment rate for higher education in the world. To explore this problem and find solutions, 50 policymakers, scientists, journalists, publishers and representatives from nonprofit organizations gathered in the UK House of Parliament October 21 for an intensive debate on Africa, science and academic publishing.

The roundtable was organized by the Planet Earth Institute (PEI), a young nonprofit supporting the development of Africa's scientific independence. They asked the audience three key questions on the threats and opportunities of open access, the standards and qualities of African journals and research capacity building. The informal "You Decide" poll yielded these results:

Unpacking this poll calls for closer scrutiny of the debate. PEI's Roundtable was held in partnership with Elsevier and INASP and included an expert panel:

Here is a selection of perspectives and points raised both inside the room and on Twitter  (#scienceAfrica):

The clearest outcome for me is how we need to continue to drive engagement between those experts working in this area, across academia and publishing, with the broader development agenda in Africa. These issues, of getting scientists trained, published and globally networked are not just important for academics but for all of us working on the continent. As a charity focused on scientific development in Africa, that's what our #ScienceAfrica campaign is designed to do, and we're inviting everyone interested in science, technology and innovation to get involved and join us.

The Planet Earth Institute (PEI) is an international NGO and charity working for the scientific independence of Africa. While other emerging regions have invested heavily in science and technology, Africa is falling behind in the race for scientific development, with the lowest enrollment rate for higher education in the world. To help tackle these problems, the PEI's work is focused around three pathways to achieve Africa's scientific independence – Higher Education,  Technological Innovation  and Policy and Advocacy.

The Policy and Advocacy Pathway demonstrates the PEI's commitment to be a strong voice for the role of science, higher education and technology in Africa's sustainable development in policy institutions across the world. Primarily facilitated via the PEI Partners Forum, which organized the roundtable, this work draws on both the PEI's experience in Africa and the insights and capabilities of the PEI Partners, a group of organizations committed to investing in science, higher education and technology for sustainable development.[divider]