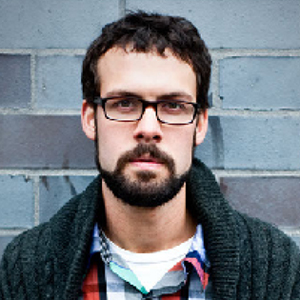 Ben Paylor (@BenPaylor) is a PhD candidate in Experimental Medicine at the University of British Columbia in Vancouver. He serves as Outreach Co-chair for the Canadian Science Policy Centre and is a 2012-13 Action Canada fellow.

Paylor is dedicated to promoting public interest and understanding of science through a variety of media, including filmmaking, animation and writing. He is a student representative and blogger for the Stem Cell Network and Vancouver lead organizer and a founding member of StemCellTalks, an award-winning Canadian stem cell outreach initiative. He is also the director of the scientific animation studio InfoShots, a graduate mentor for the British Columbia Future Science Leaders program, and a genetics instructor at the Michael Smith Laboratories.[divider]

Public policy forms around science so society can reap the benefits of its research. But there is growing anxiety in Canada that this policy is based not on the science it funds to inform government but on ideology without evidence.

We are living in a time when government is not reflecting evidence in its policy. Examples abound, from the government’s shift away from evidence supporting climate change to its mania for prison construction amid evidence of falling crime.

Despite scientific consensus opposing these policies, the tendency to cater to voter sentiment, rather than expert evidence, seems to be the modus operandi of Canada’s Conservatives. The antagonism felt by the scientific community is not so much about being misunderstood by the government but that the government doesn’t value the evidence scientists produce.

There are several well-documented instances of conflict due to public misunderstanding about scientific advances — a problem that continues to grow as the pace and complexity of scientific progress increases. Public debates on a wide range of scientific topics — including skepticism about the evidence behind climate change (it’s real), effectiveness of a controversial Multiple Sclerosis liberation treatment (it’s ineffective), the danger of genetically modified organisms (they’re safe), and fear about widespread genetic discrimination (it hardly exists) — continue despite overwhelming scientific consensus on the evidence.

So why does the public continue to support policy that conflicts with the evidence? Viewing this as a fault of ideological divides may not take into account the entire picture.

The influence of media in shaping public understanding is well documented, with both balanced and biased coverage of polarized debates presenting their own individual problems. On topics ranging from evolution to climate change, right-wing media and government members increasingly politicize scientific data, often shrouding its legitimacy by suggesting political bias. Further evidence of scientifically accepted phenomenon will do little to sway individuals on the other end of the political spectrum. In other instances, media can confuse audiences by attempting to present balanced coverage of polarized debates, giving both sides equal weight. Such coverage only serves to undermine the legitimacy of scientific evidence by representing it as equal to its unsubstantiated counterparts.

Drawing the line between science and ideology, however, may not be as sound as some may propose; scientific progress is hardly exempt from ideological motivations, and refusing to acknowledge its lack of objectivity will only hurt efforts to reconcile differences between public and scientific world views.

If the increasingly vocal scientific community reexamined its relationship with government, it might recognize that more than just an ideological divide is at play. In doing so, it would be able to reframe strategies to improve public understanding of key issues and begin to resist the “death of evidence” in the realm of public policy.

Such strategies must involve improved efforts to implement scientific communication training, as well as devoting more resources to public and media engagement, especially within complex emerging branches such as stem cell research and climate change. Technological changes in media have drastically altered how information reaches the public, and science requires different approaches if it is to make its case persuasively on the value of evidence-based decisions.

Ultimately, efforts to reconcile gaps between evidence and ideology will require the involvement of a wide range of stakeholders outside of governmental who are often perceived to widen such divides. Although these strategies for improving public understanding of science will not bring overnight change, even small and incremental changes will begin to shape public opinion, and with it, a more sensible political response.

While a vocal and critical approach to government behavior on science policy may sway popular opinion, an emphasis on public scientific education and media engagement offers a far greater potential for change

A version of this op-ed also appeared in the Vancouver Sun and the Huffington Post.

An excerpt in the article which I have imputed some editing for your reference says that, "..efforts to reconcile gaps between evidence and ideology will require the involvement of a wide range of stakeholders outside of government- who are often perceived to widen such divides." So I feel, inasmuch that world governments: from national to local councils are meant to nourish both academic and non academic intelligence to the human society, the bulk of impacting on individuals relevant knowledge is more potent when delivered in our classrooms and at home in the family while growing up. I can clearly remember the names of all the planets including the international reject, Pluto, which is currently- but not really an intellectual triumph, sub-classed. Thanks to my mother for that: I learned those as a child of about 5-6 years and the knowledge since then has never left me and such awareness did lead me to seek continued advancement and growth in Engineering, Science &amp; Technology.