Findings could lead to clinical applications for treating conditions related to low oxygen levels, such as strokes and heart attack 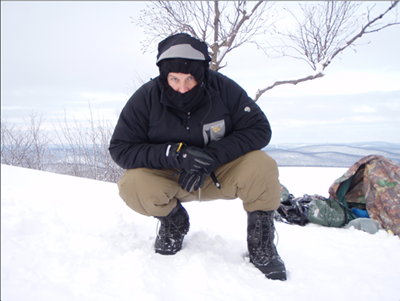 Photo by Mark Garrahan[/caption]Exposure to low oxygen levels, such as those at high altitudes, can wreak havoc on the body. Now researchers reporting  in the American Journal of Human Genetics, published by Elsevier's Cell Press, have uncovered genes that play a role in causing this damage, making them attractive targets for treatments against chronic mountain sickness and other conditions that involve oxygen deprivation.

There are approximately 140 million people living permanently at high altitudes, where oxygen levels are low. Many of them have adapted to their environment, but others have chronic mountain sickness — characterized by heart attacks, strokes, and pulmonary issues at an early age.

To identify and characterize the genes that are involved in adaptation to high-altitude, low-oxygen environments, scientists sequenced the entire genomes of 20 individuals living in the Andes — 10 with chronic mountain sickness and 10 without. The investigators discovered 11 regions with significant differences between the two groups. In these regions, two genes (a blood cell regulator, SENP1, and a cancer-associated gene, ANP32D) were expressed to a greater extent in individuals with chronic mountain sickness than in those without the condition in response to low oxygen levels.

The team also demonstrated that reducing the expression of these two genes improved survival under low-oxygen conditions both in flies and in human cells. "We showed that the genes that were identified by the whole-genome scan were actually linked causally to sickness in low-oxygen environments," explains co–senior author Dr. Gabriel Haddad of the University of California, San Diego.Numerous clinical applications could result from the findings. "With further study, the two genes we identified and validated may become potential drug targets for treating conditions related to low oxygen levels, such as strokes and heart attacks," Dr. Haddad said. "In addition, they may also be considered as targets for a potential drug treatment for chronic mountain sickness."[divider]

Mary Beth O’Leary (@MaryBethPress) is Press Officer and Associate Media Relations Manager for Cell Press (@CellPressNews), based in Cambridge, Massachusetts. She began her career at Cell Press as an Senior Editorial Assistant for the journal Cell before transitioning into a role as Marketing/Publicity Coordinator. In December, she moved into her position as Press Officer for Cell Press’s 29 journals. A graduate of the College of the Holy Cross in Worcester, Massachusetts, she studied literature and art history.