A newly identified disorder affecting the human nervous system is caused by a mutation in a gene never before implicated in human disease, according to two studies published by Cell Press today in the journal Cell.

By performing DNA sequencing of children affected by neurological problems, two research teams independently discovered that a disease marked by reduced brain size, as well as sensory and motor defects, is caused by a mutation in a gene called CLP1. Insights into this rare disorder may have important implications for the treatment of common disorders. 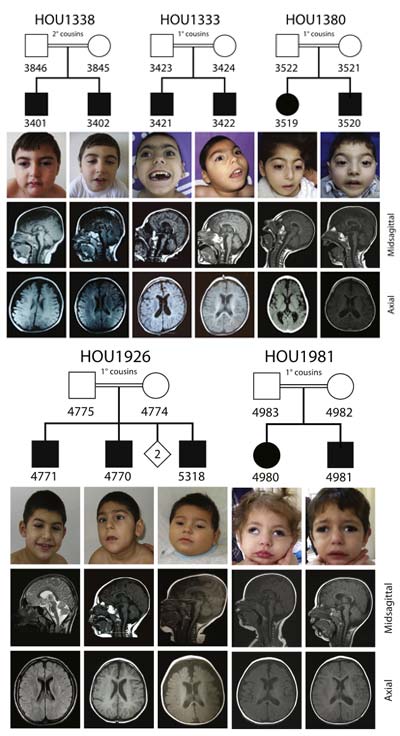 "Knowing fundamental pathways that regulate the degeneration of neurons should allow us to define new pathways that, when modulated, might help us to protect motor neurons from dying, such as in Lou Gehrig's disease," said senior study author Dr. Josef Penninger, Senior Scientist and Scientific Director of IMBA, the Institute of Molecular Biotechnology of the Austrian Academy of Sciences.

The CLP1 protein plays an important role in generating mature, functional molecules called transfer RNAs (tRNAs), which shuttle amino acids to cellular subunits called ribosomes for assembly into proteins. Mutations affecting molecules that are involved in producing tRNAs have been implicated in human neurological disorders such as pontocerebellar hypoplasia (PCH). Although CLP1 mutations have been linked to neuronal death and motor defects in mice, until now, the role of CLP1 in human disease was not known.

Addressing this question in the new study, Dr. Penninger teamed up with Dr. Javier Martinez of IMBA and Dr. James R. Lupski of the Baylor College of Medicine, who performed DNA sequencing of the genomes of 11 children who were each affected by undiagnosed neurological problems. All of these children carried a mutation in the CLP1 gene and showed symptoms such as brain malformations, intellectual disabilities, seizures, and sensory and motor defects.

A similar pattern emerged in a parallel study led by Dr. Murat Gunel of the Yale University School of Medicine, Dr. Frank Baas of the Academic Medical Center in the Netherlands, and Dr. Joseph Gleeson of the University of California, San Diego. By performing DNA sequencing of children with neurological problems, they found that four out of the more than 2,000 families studied shared an identical CLP1 mutation, which was associated with motor defects, speech impairments, seizures, brain atrophy, and signs of neuronal death.

According to Dr. Baas, this neurological condition represents a new form of PCH. "Identification of yet another genetic cause for this neurodegenerative disorder will allow for better genetic testing and counseling to families with an affected child," he said.

Cell Press has made the studies freely available for two months, until June 24, 2014: