Research!America CEO: 'Shutdown shows where the real deficit is' 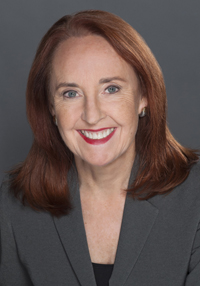 Mary Woolley is President and CEO of Research!America[/caption]

Recent polling commissioned by Research!America shows nearly half of the American public does not believe we are making enough progress in medical research in the US; the government shutdown proves them right.

The shutdown shows where the real deficit is: in the failure of elected officials to take action to fund American priorities. The deficit seems to be a deficit of common sense! It's inconceivable that our nation's research ecosystem, the catalyst for addressing current and emerging health threats, is being hamstrung by the inability of our elected officials to reach a budget agreement and end indiscriminate, across-the-board budget cuts.

The research pipeline has already been deeply warped under sequestration, heightening the anxiety of Americans concerned about the future of their health. It's time for lawmakers to put aside ideological differences and take decisive action in short order to sustain funding for medical and health research. Too many lives hang in the balance as partisan politics continue to take precedence over the essential work of legislating.[divider]

Mary Woolley is President and CEO of Research!America. She is an elected member of the Institute of Medicine and serves on its Governing Council. She is also a Fellow of the American Association for the Advancement of Science (AAAS) and serves on the National Academies Board on Life Sciences, and she is a founding member of the Board of Associates of the Whitehead Institute for Biomedical Research. Woolley has served as president of the Association of Independent Research Institutes (AIRI), as editor of the Journal of the Society of Research Administrators, as a reviewer for the National Institutes of Health and National Science Foundation, and as a consultant to several research organizations.[divider]

Research!America works to ensure that Congress and the administration sustain the National Institutes of Health (NIH), Centers for Disease Control and Prevention (CDC), Agency for Healthcare Research and Quality (AHRQ), Food and Drug Administration (FDA), and National Science Foundation (NSF) at funding levels that keep pace with scientific discovery. They also advocate for federal funding for global health research and a legislative and regulatory climate that stimulates growth in industry research and development. For more information visit researchamerica.org