Q&A: How a mid-sized university became one of Germany’s top institutions

The University of Bremen was named a University of Excellence for its efforts in promoting young researchers, women and interdisciplinary collaboration

Until the summer of 2012, the University of Bremen was a mid-sized university with 250 professorships and 20,000 students. This hasn't changed, but being named an Excellence University that year, Bremen University joined the ranks of Germany's top institutions.

Sponsored by the German government, the Excellence Initiative supports outstanding research projects and institutions at German universities. In this way, it seeks to strengthen top-level research and enhance Germany's international standing as a center of science and research.

To find out more about their approach, Elsevier's Dr. Jörg Hellwig interviewed the academic leaders at the University of Bremen in charge of devising and implementing the Institutional Strategy:

They talk about how the university has changed its strategic outlook, the importance of interdisciplinary collaboration in science, and plans for the future. Their story sheds light on how a university successfully launched a strategy that supports the sustainability of science by focusing on its two main components – young researchers and collaboration.

Dr. Rolf Drechsler is Professor of Computer Architecture at the University of Bremen, serving in that role since 2001. Since 2011, he has also been the director of the Cyber-Physical Systems group at the German Research Center for Artificial Intelligence (DFKI) in Bremen. From 2008 to 2013, he was the Vice President for Research and Young Academics at the University of Bremen. Previously, Dr. Drechsler worked for Siemens, Munich, in the Corporate Technology department. He obtained his Diploma and PhD in computer science from Goethe University in Frankfurt/Main, Germany.

With the concept "Ambitious and agile," the University of Bremen managed to become part of the Excellence Initiative. What exactly does the concept entail?

Could you give an example of how young researchers and women are supported at Bremen University?

The concept "Ambitious and agile" is to be entirely implemented by 2017. How optimistic are you about this target after two years, and what progress have you already made?

It seems that the idea of scientific collaboration plays a major role in the concept of the University of Bremen. Why is that?

Does the University of Bremen use online tools for research and science management, or are analyses based on "manual" assessments?

What role do trends like open access and open education play at the University of Bremen today?

What in your opinion are the relevant parameters for measuring excellence in the future? 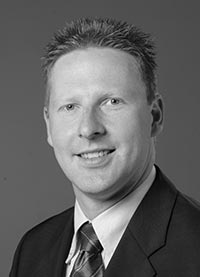 Dr. Jörg Hellwig is Customer Consultant for Research Intelligence at Elsevier. He has been with Elsevier since 2008 in various roles serving research-focused institutions in Europe. In his current position he helps users to maximize the value of Elsevier's Research Intelligence portfolio tools such as Scopus, SciVal and Pure. He holds a PhD in Chemistry from the Georg August University Göttingen, Germany, and has several years of experience in the Pharmaceutical Business.