Publishing about parasites in food and water to improve global health

Elsevier recently launched a new journal to disseminate research into parasites found in food and water, which can have a big impact on human and animal health worldwide. Food and Waterborne Parasitologyis the official journal of the International Association for Food and Waterborne Parasitology. Here, Editor-in-Chief Dr. Alvin Gajadhar, Head of the Centre for Food-borne and Animal Parasitology at the Canadian Food Inspection Agency (CFIA), talks about the journal, why parasites are important in human health, and what he is working on. 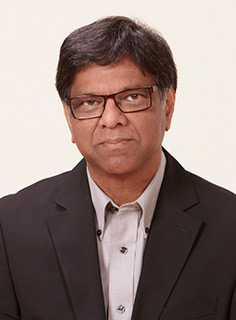 How would you describe parasites to a non-scientist?

Parasites are very interesting and a very broad group, ranging from unicellular to multicellular organisms, from internal to external parasites. External parasites can be lice, ticks or mites, for example. They parasitize hosts and take their blood and nutrients; some of these hosts can also serve as vectors to carry very serious diseases. There are a variety of internal parasites, grouped into worms and protozoa. Worms include roundworms, flatworms and trematodes that are also called flukes. Internal parasites can live in specific parts of the host – for some it’s the blood or tissues, while others live in the intestine, liver, kidneys, brain or other organs.

What is the importance of parasites in human health?

Parasites can affect everyone on the planet; people are at risk from parasites – all types of parasites, not just those transmitted in food and water. Parasites are very important for human health; malaria is caused by a parasite in the blood, and it’s the leading cause of parasite-related death in the world. Sleeping sickness and Chagas’ disease are also caused by parasites, and toxoplasmosis is being recognised as a more significant and serious parasite disease than we previously thought. Some parasites live with you for the rest of your life, they have mechanisms to escape the immune system and go to the brain. Toxoplasma has been incriminated as one of the leading causes of schizophrenia.

What is the aim of the new journal? 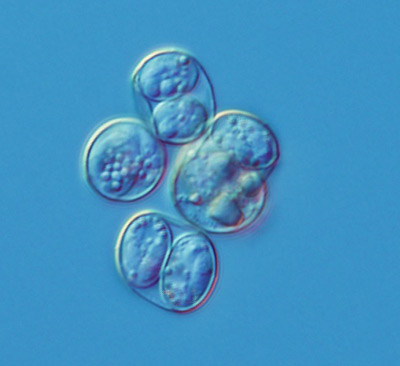 It is widely recognized that not a lot of work is done in key areas of parasitology, especially in food and waterborne parasitology. Several years ago I had a goal in mind: to facilitate information dissemination, provide opportunities for networking and promote research. For this we developed three things: an association, a book and a journal.

With Dr. Ray Gamble, a colleague of mine in the US, we created the International Association for Food and Waterborne Parasitology, which launched in August 2015. The association is open to individual members, students and groups, and has its own journal: Food and Waterborne Parasitology. As a main organ of communication for the association and its members, one purpose of the journal is to promote food and waterborne parasitology among parasitologists and to disseminate information to scientists, regulatory authorities and the general public. To complement the journal and help with the sharing of knowledge, a new book, Foodborne Parasites in the Food Supply Web – Occurrence and Control, for which I served as the editor, was published earlier this year.

What is the importance of parasites in food and water? 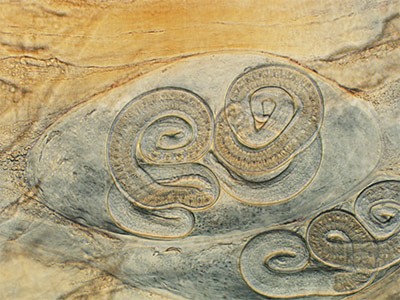 Some food and waterborne parasites can cause serious, debilitating disease and even death. The world is changing faster than many of us imagine, in part because we are a global community. Most of our foods are no longer produced locally; we want fresh fruits and vegetables all year long but we can’t grow it ourselves, so it comes from different parts of the world. When you go to some place warm in the winter, everybody knows to drink bottled water – that’s because there may be lots of parasites in the tap water there. That same water is used for irrigating and fertilising fresh produce and given to food animals to drink, so parasites can be transferred directly onto food or into the food chain.

Tell us about your work with parasites?

I work in the Science Branch of the Canadian Food Inspection Agency. My laboratory does research, diagnostics, test validation and provide consultation and expert advice to government for policies and various programs – not only in Canada but internationally. The diagnostic service we provide is on parasites that are important for humans: monitoring imported food supplies for parasites. We also work to identify reportable parasites that can cause diseases in livestock, which we want to control or keep out of Canada; it’s important for the country, the economy and consumers.

I work on a variety of parasites that are important for public health or animal health. Two of the parasites I currently work on are Toxoplasma and Trichinella. Toxoplasmais ubiquitous in the environment and infects both animals and humans by various transmission routes. Trichinella is transmitted directly by the consumption of meat, particularly pork, horsemeat and wild meat. Toxoplasma goes through several stages in its life cycle and is more easily transmitted at certain stages and times – sharing that information with the public can help to mitigate the risk of infection, and for scientists to use in developing control programs.

Food and Waterborne Parasitology is published on behalf of the International Association for Food and Waterborne Parasitology. The journal publishes articles on parasites that are transmitted to humans via the consumption of food or water. The relevant parasites include protozoa, nematodes, cestodes and trematodes, which are transmitted by food or water and capable of infecting humans. Studies deal with disease prevalence, transmission, epidemiology, risk assessment and mitigation, including control measures and test methodologies for parasites in the food chain. Read more.

Dr. Alvin Gajadhar is a Research Scientist and Head of the Centre for Food-borne and Animal Parasitology at the Science Branch of the Canadian Food Inspection Agency in Saskatoon, Canada. He is actively involved in research and diagnostic programs and a variety of national and international activities with the aim of controlling zoonotic parasites transmitted to humans by food or water. Dr. Gajadhar provides scientific advice and support in the area of food and waterborne parasitology to international bodies such as OIE, FAO, WHO, Codex, ISO, OECD and ICT. He recently served a 4-year term as the President of the International Commission on Trichinellosis, and is the founding President of International Association for Food and Waterborne Parasitology. 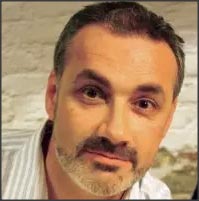 Dr. Dale Seaton is Executive Publisher at Elsevier, where he manages the Parasitology and Entomology journals portfolios, including the International Journal for Parasitology and Acta Tropica. He holds a BSc degree in Zoology and a PhD in Veterinary Parasitology, both from Edinburgh University. He held post-doc positions at La Trobe University and Melbourne University in Australia.