How serious is ‘self-plagiarism’? How can I solve an authorship dispute? Find out here

Plagiarism is the most prevalent ethics issue in scientific publishing, followed by research fraud. There’s a method for resolving author disputes. And education in ethics and malpractice is critical in light of the massive proliferation of journal titles, some of which receive less oversight.

These were some of the issues discussed by an expert panel at Elsevier’s Research and Publication Ethics webinar January 31, which drew 650 participants.

If you missed it, you can still participate by watching the recorded event.

The first presenter was Dr. David Rew, Medical Subject Chair on the Scopus Content Selection and Advisory Board, former Editor-in-Chief of the European Journal of Surgical Oncology and a member of the COPE (Committee on Publication Ethics) Council from 2008 to 2010. In his presentation “Ethics and Malpractice in Research Publications,” he said a big problem is that the publishing process is largely built on trust, and education on ethics and malpractice has been weak. Another major issue is the massive expansion of journal titles and lack of oversight of these (illustrated in the slide below). 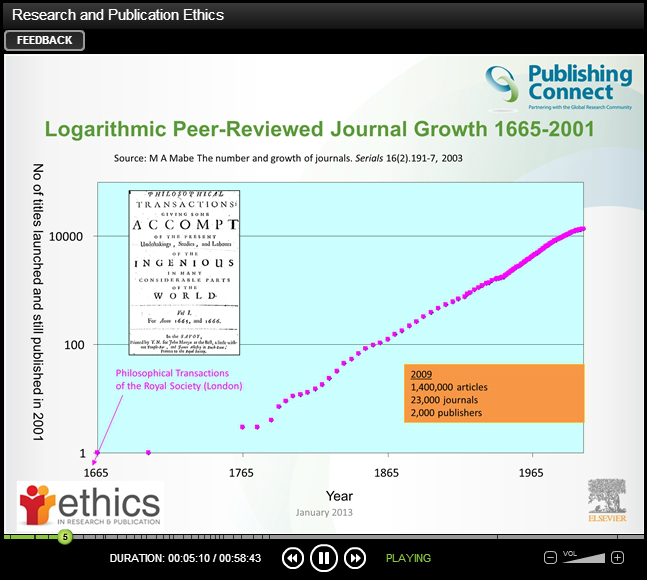 Next up was Professor Margaret Rees, Secretary of the Committee on Publication Ethics (COPE), Editor-in-Chief of Maturitas and Emeritus Reader in Reproductive Medicine in Oxford. Dr. Rees discussed authorship issues involving contributors, gift authors and ghost authors. (According to COPE, gift authors do not meet the criteria of authorship but are listed as a favor; ghost authors do meet authorship requirements but are not listed.) Rees emphasized that all author disputes must be solved and agreed upon by all authors. There are author flowchats on the COPE Website that helps authors with this process, as she showed in the slide below. 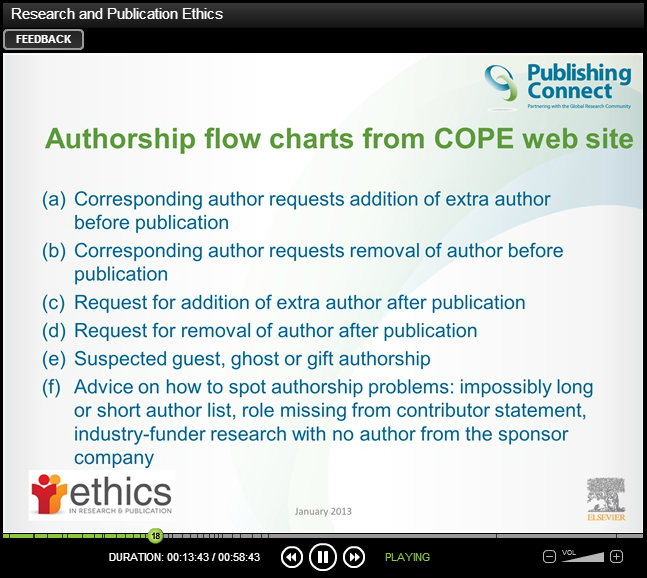 The final presenter was Professor T. “Sandy” Florence, Editor in Chief of the International Journal of Pharmaceutics, Emeritus Professor of Pharmacy at the University College London Centre for Drug Delivery Research, who discussed “ the plague of plagiarism,” as he calls it. Dr. Florence demonstrated that better detection methods, more publicity of the issue, and the sheer increase in size in the academic community have made plagiarism the largest ethical issue in publications. 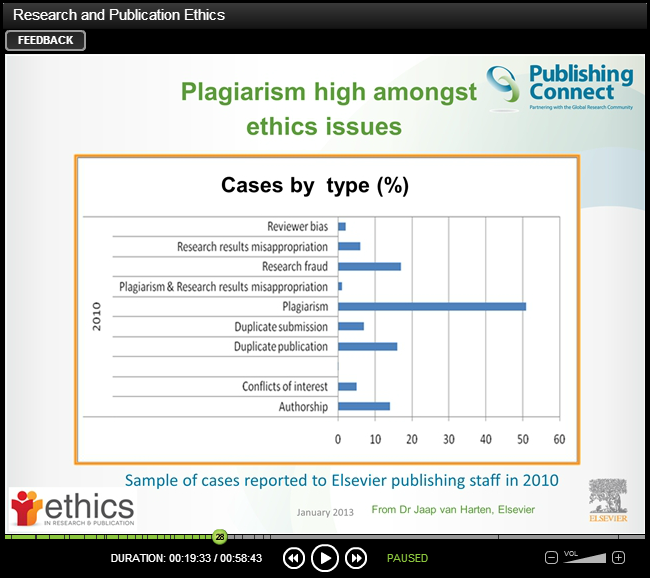 During the webinar, there was live tweeting with the hashtag #PubEthics. See excerpts below, and click on the image to read the Storify.

As Director of Project Management for STM Journals Marketing at Elsevier, Dr. Inez van Korlaar (@InezvKorlaar) is responsible for global marketing projects for the STM Journals department, which includes outreach to researchers in their role as an author. She has a PhD in health psychology from Leiden Universityin the Netherlands and is based in Amsterdam.

As Director of Social Media and Content for Global Corporate Relations at Elsevier, Angelina Ward (@angelinaward) leads social business efforts throughout the organization. These include forming policy, guidelines and centralized resources, and driving corporate-level campaigns. She speaks at industry events on social media topics and has been recognized as one of the Top 50 Women in Technology on Twitter who truly “gets” social media and social business. She is based in Atlanta.