The 2011 Fukushima disaster was a stark reminder of the continuing dangers posed by nuclear fallout, highlighting the need for an approved drug that can be taken after radiation exposure to protect against organ injury and death.

A study published by Cell Press today in Chemistry & Biology identifies a drug candidate called DBIBB that increases the survival of mice suffering from radiation syndrome, even when treatment started three days after radiation exposure. The findings suggest that DBIBB shows promise for becoming the first drug capable of treating acute radiation syndrome caused by the high levels of radiation released by nuclear explosions. 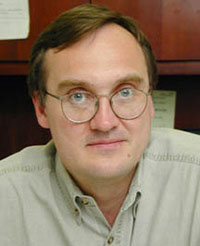 "The 21st century has presented humankind with unforeseen challenges, including the possibility of radiation terrorism," said senior study author Dr. Gábor Tigyi, Chairman and Professor of Physiology at the University of Tennessee Health Science Center (UTHSC). "We hope that the scientific community and our efforts will provide protection through medical countermeasures against the harmful effects of ionizing radiation and also help humans to benefit from the useful effects of nuclear technology."

Nuclear explosions can expose humans to high levels of ionizing radiation, which can cause cell death and organ injury due to DNA damage. Although some agents tested by the military can provide some protection against radiation sickness when taken prior to radiation exposure, no approved drug is effective when taken after radiation exposure.

In previous studies, Dr. Tigyi and his collaborators found that a molecule called lysophosphatidic acid (LPA), which is naturally generated during the course of blood clotting, activates the LPA2 receptor to protect against radiation-induced cell death. The researchers also previously identified an LPA-like compound that protected mice from radiation-induced death, but it did not specifically target the LPA2 receptor or possess the desired drug-like potency required for clinical use.

To overcome this hurdle, Dr. Tigyi and his team developed a computational model of the LPA2 binding site and refined their previously identified compound into a more potent and specific activator of the LPA2 receptor, which is abundantly expressed in the most radiation-sensitive types of cells in mammalian tissues. The resulting compound, called DBIBB, protected mouse embryonic skin cells from radiation-induced DNA damage and enhanced the survival of radiation-exposed blood cells, intestinal cells, and other types of cells from mice and humans. Moreover, 93 percent of mice that were treated with DBIBB three days after radiation exposure remained alive 30 days later, compared with only 20 percent of mice that were not treated with the drug candidate.

This promising compound will soon join the regulatory pipeline of a biotech company called RxBio Inc., which was cofounded by Tigyi and other UTHSC faculty. In Dr. Tigyi's words:

Humankind might soon have a defense against unintended radiation exposure. This technology can potentially also help cancer patients from the side effects of radiation therapy and astronauts from chronic exposure to cosmic rays on their journey to Mars. 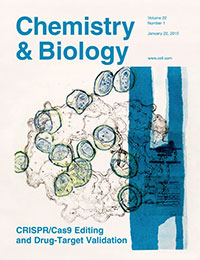 Cell Press has made this article freely available until February 5, 2015:

Chemistry & Biology published by Elsevier's Cell Press, is a monthly journal that publishes reports of novel investigations in all areas at the interface of chemistry and biology. Each issue contains articles of relevant interest to chemists and biologists, such as studies of the underlying chemistry of biological processes or the application of chemical tools to provide unique insight into biological functions and mechanisms.