A PhD candidate writes about a Voice of Young Science workshop 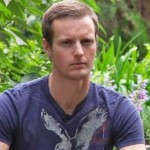 James Steele[/caption]James Steele (@JamesSteeleII) is an Associate Lecturer and PhD candidate at Southampton Solent University in the UK, where he lectures on exercise physiology. He completed his BSc (Hons) in applied sport science in 2010 before moving straight into doctoral study, researching chronic low back pain from an exercise physiology and biomechanical perspective.

The Peer Review system is of particular interest to Steele as he strives to publish his PhD work and also in his role as an Associate Editor preparing the launch of the Journal of Evolution and Health, published by the Ancestral Health Society.

Here, he writes about a recent Voice of Young Science workshop. The VoYS program is organized by Sense About Science, a charitable trust based in the UK that aims to help the public to make sense of scientific and medical claims.[divider]

On July 5, I attended a Voice of Young Science workshop called Peer Review: The Nuts & Bolts. Attendees were invited to this free one-day event to find out about peer review, debate challenges to the system and discuss the role of peer review for scientists and the public. 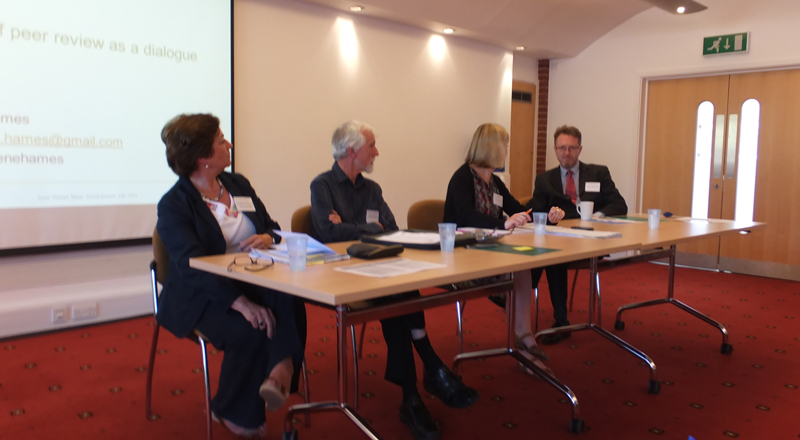 Questions from the attendees for the panel at the workshop included: 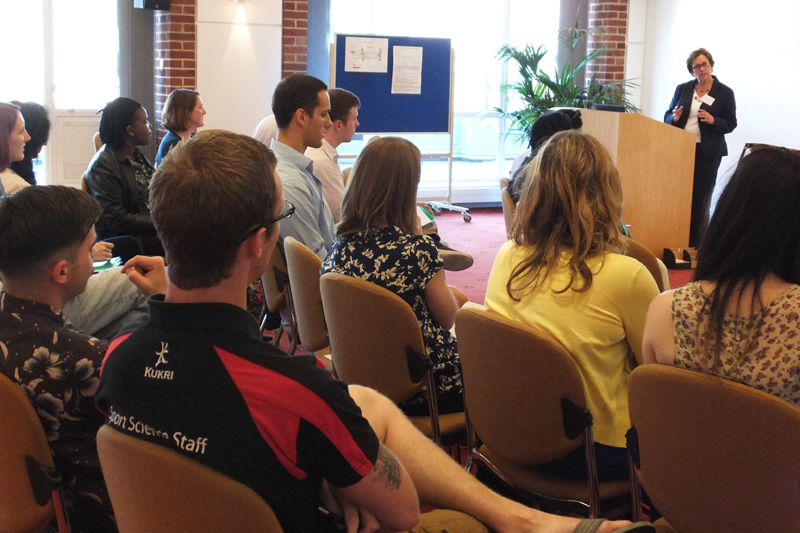 Irene Hames of the Committee on Publication Ethics (COPE) Council addresses participants in the Voices of Young Science workshoip.[/caption]

In discussion, there were mixed experiences among attendees of submitting work for review. Some had received constructive feedback from reviewers who picked up things they had missed which really improved the quality of their submissions. A fresh pair of eyes looking over something is a positive element of the peer review process. Sometimes we get too close to our work to notice certain issues. I currently have a paper which has undergone two rounds of review; each time the reviewers’ comments have substantially improved my work by highlighting things I had not considered.

In fact, in the Peer Review Survey 2009 conducted by Elsevier and Sense About Science, 91 percent of respondents reported that their last paper was improved through peer review.But not everyone has a review experience they feel is productive. A colleague and I spoke about our experiences with publishing work that might be considered “controversial” and how stages of the peer review system can shut down such ideas. At the workshop, some attendees commented that reviewers had not understood their work, that their criticisms were unjustified, and that they felt they were not afforded an opportunity to provide rebuttal.

Many at the workshop noted that they were also there to learn how to review. Those who had reviewed all noted that they had not received training to do so. Some journals provide templates and questions to be answered by reviewers. Templates are helpful in some ways, but many of the questions asked can be of little relevance depending on the submission.

It seems that some kind of training is required for reviewers. Indeed one of the entries in the Peer Review Challenge was a Reviewer Guidance Program offering workshops and mentorship to early career researchers. A suggestion brought up in discussion was for reviewers to appraise the paper the same way they would if they were examining it for citation in their own work.

Is there another way?

While most agree that peer review is a good thing, they don’t necessarily agree that the present way is best. At the workshop, we discussed possible additions and amendments to the current system as well as different systems altogether. For example:

But even if peer review can act as a powerful force of good for scientists and science as a field, the beneficiaries of the work – the public – are often unaware of its importance.

Peer review and the public

At the end of the workshop, we discussed some of what we look for when reading research claims in the media. Who conducted the research? Where was it conducted? What’s the aim of reporting it? Can we get access to the primary literature? And the big question: “Is it peer reviewed?”

That’s where Sense About Science comes in. Science is often shrouded in mystery to the general public. Many don’t know that peer review occurs or even what it actually is. From personal experience of talking with family members and friends, I find that they are often surprised at the rigor of the process I have to go through to have my research acknowledged and published. Sense About Science has produced a publication called I Don’t Know What to Believe to explain how peer review works and to encourage the public to ask for evidence behind claims they hear about.

A word of advice

Before signing off, I want to leave with two points of advice for early-career researchers like myself:

Agreed with the thought of working with peer reviewer or editor and accepting them as humans who too can make mistakes.

The PhD is difficult to achieve, but if the journal editors have not followed ethics rules, and share confidential information about rejected papers for friends, the way is terrible.

Thanks for the comment. I agree, a PhD is difficult to achieve and publishing along the way makes it even harder. Hopefully some of the points discussed here however will help assist PhD candidates in their quests to gain publication for their hard work.

Peer review is a good additional way, but not the only way to discover and rate good academic content and material, If there would be a good rating system in place, it would help to make more sense of the material, I mean the only true problem with data is sorting it and making it available to the right people in the world - on the internet, when you solve that you basically solved most of the problem. The rating system would be a mechanism prior to the review itself where more work hours are needed.