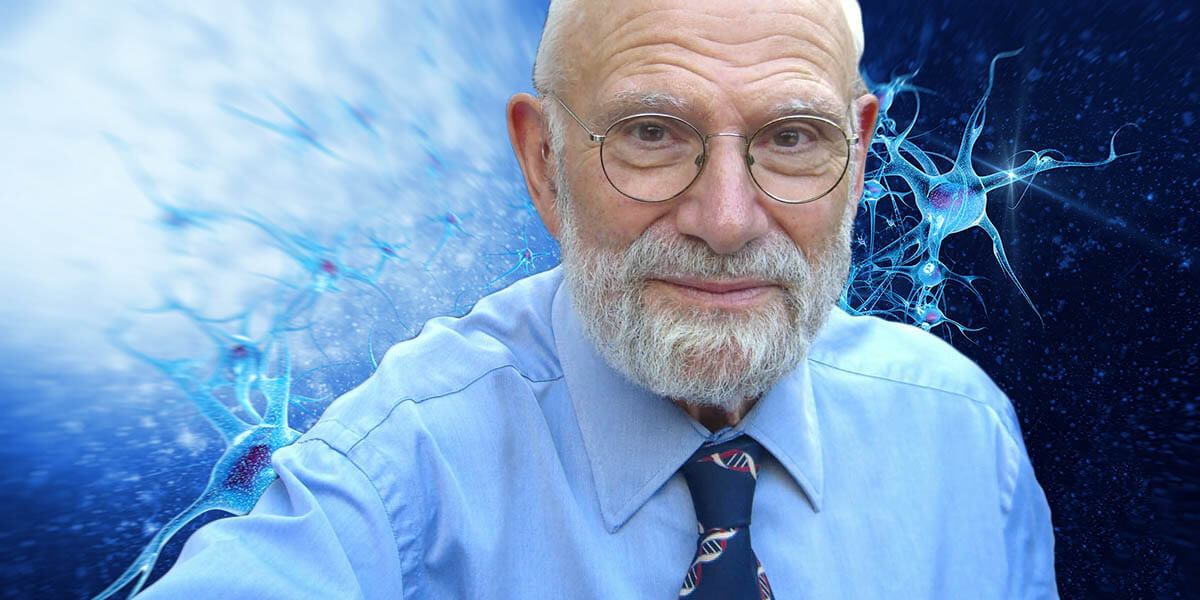 Editor’s Note: This month, we have been exploring the theme of “diversity of mind” – through the lens of the renowned animal scientist and autism advocate Temple Grandin, who sheds light on the different kinds of minds science needs, for example, and Elsevier’s accessibility specialists, who work to ensure that our content is accessible to people of all abilities – and disabilities. In the realm of medicine, neurologist and author Oliver Sacks touched the lives of his patients and colleagues alike with his unconventional approach to medicine. Here, science writer Lucy Goodchild explores his legacy.

A man sits on a stage and begins to speak. He is humble and soft spoken; he talks tenderly about a patient of his – an elderly lady in a home who had started to hallucinate. He recalls the story of how he diagnosed her, smiling as he retells the lady’s jokes and remembers how happy she was to understand what was happening to her.

The man is Dr. Oliver Sacks, a world-renowned neurologist whose unusual approach to the subject has helped countless people – especially his own patients. Dr. Sacks passed away in August 2015 at age 82, succumbing to cancer. As he wrote six months before his death in the New York Times:

There will be no one like us when we are gone, but then there is no one like anyone else, ever. When people die, they cannot be replaced. They leave holes that cannot be filled, for it is the fate — the genetic and neural fate — of every human being to be a unique individual, to find his own path, to live his own life, to die his own death.

Dr. Sacks leaves a profound legacy, not just of his contribution to our knowledge of different neurological disorders but also of patient care and what it means to practice medicine.

In an interview with The Economist in 2010, Dr. Sacks described his approach to his work:

I always wanted to get people's stories and access to their lives. I feel I'm at the interface of biography and biology, person and person-hood. I remember one man with Tourettes, who wrote and said that he had 'a tourettised soul,’ it affects one and one affects it – there's a liaison of a sort. A condition is sometimes a collusion, and sometimes a compromise.

Although it's up to me as a neurologist to diagnose the disease and to think in therapeutic terms, I always want to address the person as much as the disease, and I'm very glad my own doctor feels similarly. I'm not just a case to him, I'm a person responding to the situation. So I somehow sit between the biology and the humanist point of view. 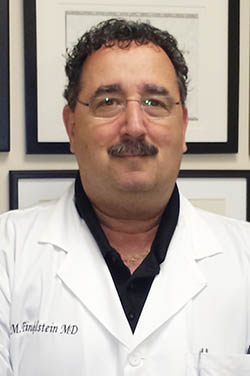 For the other health professionals he worked with, Dr. Sacks provided a rare example of what we might now think of as “old-fashioned” medicine. Dr. Michael Finkelstein is one such physician, who worked with Dr. Sacks at Beth Abraham Hospital from the late 1970s. Dr. Finkelstein described the impact Dr. Sacks has had on his career:

I think I’ve always had him in the back of my mind. I learnt a lot from him, like how to look at a patient and their neurological symptoms and work out what could be happening. With his approach you learn from the patient – you ask questions and the patient gives you the diagnosis. Tests are just to confirm your suspicions.

Dr. Sacks’ time at Beth Abraham Hospital is the subject of his book Awakenings, which inspired the 1990 movie of the same name, starring Robin Williams and Robert De Niro. The movie depicts Dr. Malcolm Sayer (the character based on Dr. Sacks) as a passionate, imaginative doctor who studies his patients closely to understand what’s going on in their brains. This isn’t far from reality, Dr. Finkelstein said:

Patients came before anything else. He would look microscopically at them – define every move and mimic each patient. He would look at the patient at all levels, he enjoyed what he saw and tried to make them feel better.

Dr. Finkelstein, who currently practices at Scarsdale Medical Group,  joined Beth Abraham Hospital in 1966 as a neurologist working with post-encephalitic patients, many of whom had been in “frozen” states for decades. “We were in a microenvironment, working with really handicapped people who required long term care; the sicker the person was, the more you got paid,” recalled Dr. Finkelstein. “It was in the days where you kept people comfortable, you weren’t out to change the world. But Oliver always looked to see if he could help someone.”

After studying the patients for a while, Dr. Sacks recognized that many of them had survived the “sleepy sickness” pandemic of 1916 to 1927 and diagnosed them with post-encaphalytic disease. He came across a then experimental drug, L-dopa, which was being trialed for Parkinson’s disease at the time. In the summer of 1969, many of his patients experienced astonishing “awakenings” as a result of the experimental treatment, seeming to come back to life.

The events of that summer inspired Awakenings – one of several books he wrote about neurology that helped introduce different conditions to the general public. Unlike many neurology books, though, they focus much more on the people than just their symptoms – a result of Dr. Sacks’ focus on his patients. As the New York Times noted in his obituary, “he illuminated their characters as much as their conditions; he humanized and demystified them.”

This is something that clearly rubbed off on people, not least those he worked with. Dr. Finkelstein said he continues to take a personal approach to his patients:

Back then, I talked to people in comas, I was gregarious; I was there for the patients. Medicine has since changed, but I still think of the patients first. I’m Dr. Mike – patients have my cellphone number and can text me, and I still have the luxury of sitting with patients as long as I like.

Going against the grain

Following in his parents’ and his brother’s medical footsteps, Dr. Sacks completed his degree at The Queen’s College, Oxford in England in 1958 and did an internship at The Middlesex Hospital.

But his path soon veered and he flew to Canada on his 27th birthday, where he tried to join the Royal Canadian Air Force (RCAF) as a pilot. After being turned down (they were unconvinced of his motivations), Dr. Sacks went to the United States, where he completed a residency in Neurology at Mount Zion Hospital in San Francisco before being awarded fellowships in Neurology and Psychiatry at UCLA.

Dr. Sacks’ expertise wasn’t limited to neurology: on his website the list of topics he wrote about included aging, amnesia, color, deafness, dreams, ferns, Freud, hallucinations, neural Darwinism, phantom limbs, photography, pre-Columbian history, swimming and twins. (You can find some of his best articles and interviews on The Atlantic.)

He was a polymath who applied much of his own experience to his work, including his writing. In A Leg to Stand On, he is the patient at the heart of the story, after he has an accident with a bull on a Norwegian mountain. He chronicled his recovery, describing the feeling that his severely damaged leg no longer felt part of his body.

Dr. Sacks also suffered from face blindness, or prosopagnosia – the inability to recognize faces – which was often the topic of his writing and conversations. In a Radiolab interview with host Robert Krulwich and artist Chuck Close, who also had the condition, Dr. Sacks said:

Several times I have started apologizing to large, clumsy, bearded people and realize that it's a mirror. But it's even gone a stage further than that. Fairly recently, I was in a cafe in Chelsea Market with tables outside, and while I was waiting for my food, I was doing what people with beards often do: I started to preen myself and then I realized that my reflection was not doing the same thing. And that inside there was a man with a beard, possibly you, who wondered why I was sort of making faces at him.

This reflective approach continued until the end. In February 2015, six months before he passed away, Dr. Sacks wrote an opinion piece in The New York Times in which he talked about being diagnosed with terminal cancer. He wrote:

I feel a sudden clear focus and perspective. There is no time for anything inessential. I must focus on myself, my work and my friends. I shall no longer look at ‘NewsHour’ every night. I shall no longer pay any attention to politics or arguments about global warming.

This is not indifference but detachment – I still care deeply about the Middle East, about global warming, about growing inequality, but these are no longer my business; they belong to the future. I rejoice when I meet gifted young people – even the one who biopsied and diagnosed my metastases. I feel the future is in good hands.

Thankfully, the next generation of neurologists and physicians have Dr. Sacks’ example as inspiration for the way they handle the future. Nature called Dr. Sacks a “neurologist who made house calls.” He described himself as “a man of vehement disposition, with violent enthusiasms, and extreme immoderation in all my passions.” The truth seems to be a combination of the two: a man who was intensely interested in many different things, and who cared about the people he studied to find out more about those things.

“His loss is great to the profession,” said Dr. Finkelstein. “He was always there for you as a consultant, always the consummate gentleman and a genius professor of neurology. He didn’t deserve all the bad things that happened to him physically; he overcame them with a strong mind and strong will. He was an excellent human being, very caring, never selfish, never angry. A true gentleman.”

Diversity of mind at Elsevier Unconventional thinkers bring new perspectives to research and science, seeing key elements that are often overlooked. That’s why we support diversity of mind at Elsevier, employing people with different thinking styles to develop our tools and technologies – and to enable people of diverse abilities to access our research. By championing the unconventional, we empower people to go beyond the obvious, inspiring new opportunities for science and society. For more stories about people and projects empowered by knowledge, we invite you to visit Empowering Knowledge.

Dr. Sacks also leaves behind a legacy of published research. You can read this collection of articles he published with Elsevier for free until July 25, 2017: 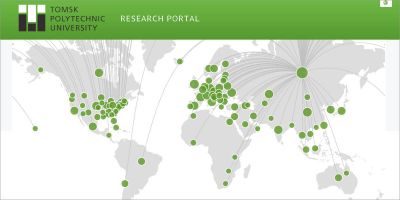 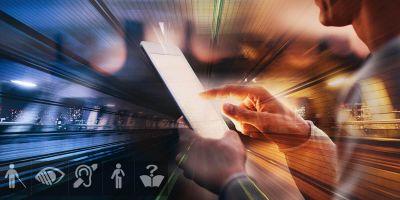 The many faces of accessibility 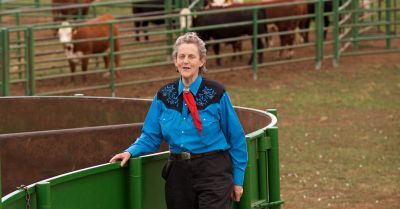