Watch a video of this year’s winners, and find out how to nominate researchers for 2016 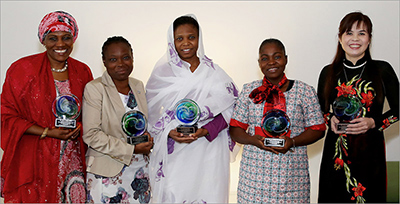 The Elsevier Foundation Awards for Early-Career Women Scientists in the Developing World recognize the achievements of researchers who have made significant contributions to the advancement of scientific knowledge.

Next year, the awards will for the biological sciences: agriculture, biology and medicine. Each winner will receive USD $5,000 and all-expenses-paid attendance to the American Association for the Advancement of Science (AAAS) Annual Meeting in Washington, DC, February 11-15, 2016, where the awards ceremony will take place.  Winners may also be asked to act as mentors to selected women scientists undertaking PhD scholarships and will receive training.

Previous winners say the awards have increased the visibility of their research and created new opportunities for the future.

The awards are sponsored and organized by the Elsevier Foundation in partnership with the Organization for Women in Science for the Developing World (OWSD) and The World Academy of Sciences for the advancement of science in developing countries (TWAS).

Nominations are being accepted for the Elsevier Foundation Awards for Early-Career Researchers in Developing Countries.

Eligibility: Nominees must have received their PhD within the previous 10 years and be a female scientist living and working for three years immediately prior to the nomination in one of the 81 scientifically lagging countries as defined by TWAS.

To submit a nomination: Nomination form and instructions 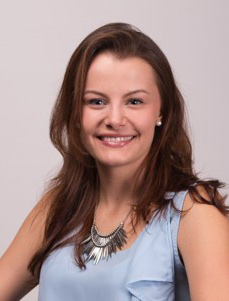 Nina Elsemueller is a Corporate Responsibility intern for the Elsevier Foundation. She holds a bachelor’s degree in sociology and business administration from the University of Mannheim in Germany.