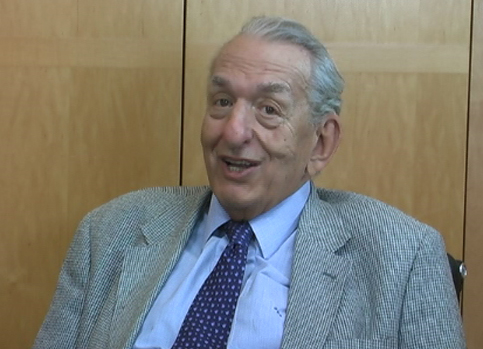 Three years after publishing Chemistry of Energetic Materials, Dr. George A. Olah won the 1994 Nobel Prize in Chemistry for the discoveries he had outlined in that slender volume.

The 1991 compilation of scholarly articles, which Olah co-edited with David R. Squire, marked an explosion of fundamental scientific discoveries in hydrocarbon chemistry, a field originally devoted to blowing things up in the literal sense.

Two other researchers among Dr. Olah’s 15 co-authors — Dr. Yuan T. Lee and Dr. Jerome Karle — had already been recognized by the Nobel committee for their work in hydrocarbons: the chemical basis of explosives and fuels as well as dyes, plastics, insecticides, pharmaceuticals and more.

“The best I can say for what happened in this field is in this little book,” Dr. Olah said from his office as founding director of the University of Southern California’s Loker Hydrocarbon Research Institute.

“Three Nobel laureates contributed to it, and maybe seven members of the National Academy of Sciences, which speaks for itself that this is a very active field of fundamental science and understanding. And besides, it has practical importance.”

Despite its continuing significance 21 years after publication, Chemistry of Energetic Materials is out of print, and the few copies offered by online book vendors list for $250 and up.

However, the title will soon become available in digital format as part of the Legacy Collection, a major new publishing initiative by Elsevier.

Covering seven academic disciplines, the Legacy Collection expands the content of Elsevier’s ScienceDirect, a searchable database of full-text books and journal articles, adding thousands of scientific titles from the mid-20th century to the present.

Olah’s work illustrates the pivotal importance of these legacy volumes. His discoveries reversed a century-old assumption and opened new frontiers in organic chemistry eagerly explored by today’s researchers, including Dr. Olah himself, who is now 85.

“It was firmly believed for a very long time that the element carbon can bond together only four neighbors” when forming molecules, he explained. “Maybe I was lucky, or maybe I had an inquiring mind or whatever, but I was able to prove that in certain instances, carbon can bond five, six, seven and exceptionally even eight neighbors together.

“Now this may seem an interesting but absolutely useless type of basic knowledge,” he said. “On the other hand, once you understood this, it was possible to start to build new chemistry around this, and I am still doing it very actively despite my age.” 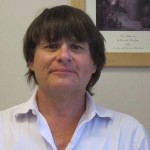 Dr. Tom Cole, an associate professor and graduate advisor in the Department of Chemistry and Biochemistry at San Diego State University, represents a subsequent generation of organic chemists who benefit from the ground-breaking contributions of Olah and his contemporaries.

“He shook up the whole thing about the structure of hydrocarbons,” Dr. Cole said. “He opened up people’s ideas and minds, gave us different opportunities to expand our scope, and changed our understanding of how these high energetic pieces could be made and used to advantage. That’s what ground-breaking researchers do: They make a discovery, understand the implications, and mine them for new applications we couldn’t do before.”

Whereas Dr. Olah, who wrote every one of his 25 books and 1,500 peer-reviewed scientific papers by long hand, doesn’t depend heavily on Internet research tools himself, Cole, like most of his 21st-century peers, welcomes the expansion of today’s digitized scientific literature base.

“Pulling publications was so hard before,” he said. “I could spend most of an afternoon in the library not finding what I wanted. Now I can pull whatever I need at home or in my office within a few minutes.”

This graphic for the Legacy Collection illustrates the process of transforming print editions — some of which are out of print — into books that can be read on modern electronic devices.

“Olah’s work is timeless,” he said. “It’s good to see the historical perspective of what he and others were writing 20 or more years ago — how they were thinking, what they did, how they got where they did. You appreciate what they had to do, and see how science can change our dreams, hopes and realities.”

“Chemistry is a very central science in which to understand and explore new vistas,” he said. “It generally starts with a practical reason, but then it can expand, not only to prove our understanding, but also to find new, important applications.

“It’s a wonderful thing doing research. From research comes understanding. From understanding may come new applications and uses. So research is not a luxury; it’s really a great investment in our future.”

Dr. Olah pointed out how hydrocarbon chemistry in particular has changed every-day life by evolving far beyond the field’s early associations with the explosives industry — a business pioneered by two prominent families: the Duponts and the Nobels. (Yes, the same Alfred Nobel who endowed the prestigious prize Dr. Olah received invented and manufactured dynamite.)

“The name hydrocarbon chemistry implicitly says it’s a chemistry of two elements, carbon and hydrogen, and they are both essential to human life,” Dr. Olah said. “Nature gave us a great gift in compounds of hydrocarbons, which we call petroleum oil or natural gas, or coal. We use those in large amounts to generate heat and electricity, to make fuels to drive our cars and fly our airplanes, and to make chemicals.

“So these compounds are not just used for explosives or killing other people; they are also used for peaceful purposes,” Dr. Olah explained. “Nitroglycerin, which is a very high-energy explosive material, is also one of the really effective heart medicines. Lots of other pharmaceutically active compounds now contain nitro groups. What started only as a very specialized field of chemistry expanded tremendously, and it still expands.”

“Nature’s gifts won’t last forever,” Dr. Olah said. “We’d better start to think about what’s going to happen when what nature gave us reaches the point that mankind is using it up.”

Over the past 15 years, Dr. Olah said, he and his research team have found that methanol is a better, cheaper and cleaner fuel than gasoline. Best of all, it’s not a nonrenewable fossil fuel; rather, it can be made synthetically from water and carbon dioxide, a key greenhouse gas contributing to climate change.

“I really think this work is by far the most significant and important work I’ve ever done, and this includes the work for which I got the Nobel,” he said.

‘Still in love with chemistry’

Growing up in Budapest between the world wars, George Olah didn’t plan on becoming a scientist. He leaned more toward languages and philosophy. But his first university class in chemistry changed his mind.

“I fell in love with chemistry,” he said, “and I am still in love with it. Don’t ask me why. I should have retired as most of my more clever colleagues and enjoy whatever fame or fortune this (Nobel) prize can give.

“But look, Picasso was painting in his 90s. He was not painting to make money; he was a very rich guy. He was still painting because he had some inner desire to express himself. I am not a painter; I am not a poet; I am not a writer. I am a chemist. But a chemist also can have ideas, and to express yourself you must do experiments.”

Having seen the worst of the 20th century — including the devastation of his home country, which prompted his move to Canada and eventually the US — Dr. Olah nevertheless remains optimistic as a new century unfolds. And he sees continuing scientific inquiry and discovery as keys to better days ahead.

“I respect my colleagues, but many of them, if they get a Nobel, start to believe that they are very knowledgeable, at least in their own field,” Dr. Olah said. “I will gladly admit how little I know even in my own field. Think about it. Five centuries ago the best so-called scientific minds believed the earth was flat. Our knowledge is still exceedingly limited, and there are unlimited possibilities for future generations.”[note color="#f1f9fc" position="left" width=800 margin=10]

Journalist Sandra Millers Younger is founder and principal of Editorial Excellence, a writing and editing service for colleges and universities, businesses and nonprofits. During a career spanning more than 30 years, she has written or edited hundreds of published articles for publications ranging from academic journals to Seventeen Magazine. She is a former magazine editor and the author of The Fire Outside My Window, a first-person, nonfiction account of the biggest wildfire recorded in California history, due out in 2013.

A native of the the southern United States, Sandra is a Phi Beta Kappa journalism graduate of the University of North Carolina, Chapel Hill. She earned a master’s degree in magazine journalism from the S.I. Newhouse School of Public Communications of Syracuse University. She lives in San Diego, California.