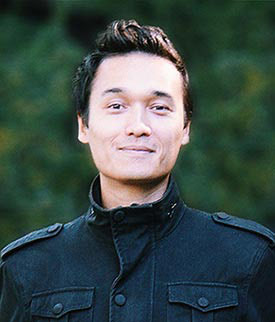 My role as CEO/Co-Founder of Mendeley and VP of Strategy at Elsevier includes engaging with and supporting promising startups in the science and research space (we recently launched Elsevier Axon and returned from hosting Axon@LeWeb). So it gives me great pleasure to announce that Elsevier has just acquired Newsflo, an innovative London-based startup that allows researchers and institutions to track media coverage and social media mentions of research.

Newsflo was founded by two PhD students at Imperial College London — Ben Kaube and Freddie Witherden — who set out to build an intuitive service to enable institutions to monitor their research impact across a broad range of media sources. With increasing competition for funding and attracting students, universities and researchers face a constant challenge to demonstrate the impact of their research on society.

So far the Newsflo service has only been available on a subscription basis, but we will now work together to integrate it into individual researchers' Mendeley profiles, providing our users with additional evidence of the societal impact of their research. These "media impact metrics " go beyond the usual citation counts and academic interactions to tell a more complete and rounded story of how research is perceived and used by the general public. The service currently looks at feeds from 20 countries and tracks over 55,000 English-speaking global media sources, but with the support of Elsevier, it will expand to include more sources and languages.

This approach takes into account the growing recognition that impact in academic research can't be accurately measured by citations alone. Here at Mendeley, we've seen a steady rise in the altmetrics movement, where we already provide users in the research community with much more nuanced and granular readership statistics. The integration with Newsflo will develop that functionality even further, capturing how scientific research is getting communicated to society and making an impact. Science is for the benefit of everyone, and Mendeley's mission has always been to make science more open and collaborative. Likewise, Elsevier is constantly looking for ways to make researchers' workflows more efficient and increase the exposure for their work. Newsflo is going to be another valuable addition to the growing researcher toolkit offered by Elsevier. 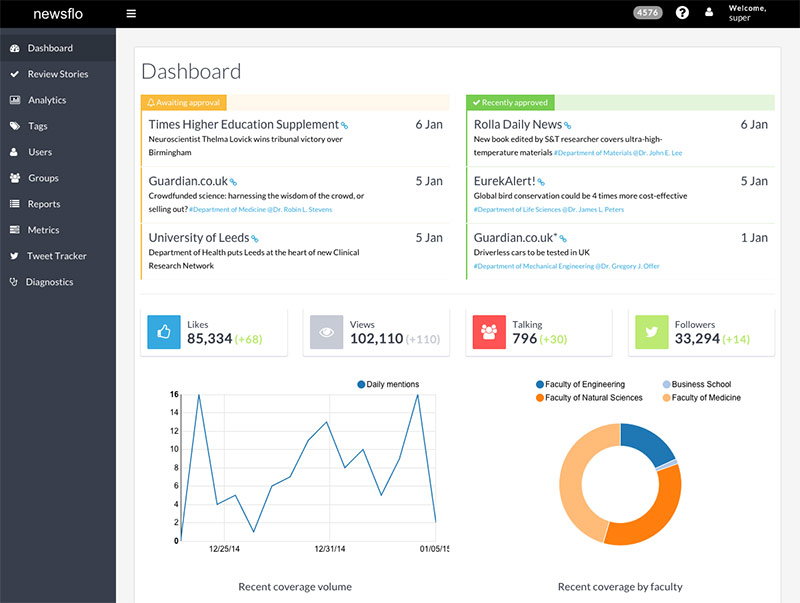 Since Mendeley's acquisition, we have received incredibly support from Elsevier. Our group of Mendeleyans, led by my two co-founders Paul Foeckler and Jan Reichelt and our fantastic management team, has grown from 50 to 100, and is set to expand further this year as we move into our new HQ in Shoreditch. We have made good progress with integrating Mendeley with Elsevier's products, such as direct export to Mendeley from Scopus and ScienceDirect, incorporating Mendeley data into Scopus Readership Statistics, and experimenting with Mendeley Groups to improve peer review. We have continued to pursue our vision for Open Science by rolling out our new API which gives more power to third-party developers on our platform.

The founders of Newsflo believe, as we did when we joined Elsevier, that being part of the world's largest provider of science and health information will enable them to serve many more researchers than they could have done on their own, and they're excited that their tool will now be made available to millions of Mendeley users worldwide.

I am sure that Newsflow will find this next step of their journey as exciting as we did, allowing them to develop and scale the product to its full potential. I would like to join the rest of the Elsevier team in welcoming them!

Dr Victor Henning is the CEO/Co-Founder of Mendeley and VP Strategy at Elsevier. He's an Advisor to Downing Street No. 10 on the Tech City Advisory Board, a Fellow of the Royal Society of Arts, and was voted "Best European Startup Founder 2013" at The Europas. He holds a Ph.D. from Bauhaus University Weimar, and his research on consumer decision-making and film industry economics has been published in journals such as the Journal of Marketing, Psychology & Marketing, and Media, Culture & Society.