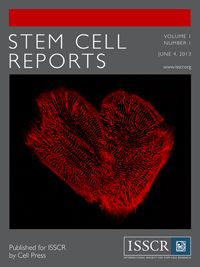 Stem Cell Reports is the official journal of the International Society for Stem Cell Research (ISSCR). It's published open-access by Elsevier's Cell Press.[/caption]

Scientists have reported that very small embryonic-like stem cells (VSELs), which can be isolated from blood or bone marrow rather than embryos, could represent an alternative to mouse and human embryonic stem cells for research and medicine.

But their very existence is hotly debated, and a study published online today in Stem Cell Reports provides strong evidence against the existence of VSELs capable of turning into different cell types. Stem Cell Reports, published by Elsevier's Cell Press, is the official journal of the International Society for Stem Cell Research (ISSCR).

The findings call into question current plans to launch a clinical trial aimed at testing whether VSELs can be used for regenerative medicine in humans.“To know when a stem cell discovery is true, it must meet several criteria,” says senior study author Dr. Irving Weissman of Stanford University School of Medicine. “First, the work must be published in a peer-reviewed journal; second, other labs in the field should be able to repeat the findings; third, the phenomenon should be so robust that other experimental methods must reveal it; and fourth, in the stem cell field, the regeneration that occurs must be rapid, robust, and lifelong. In our study, we did not find evidence supporting the second, third, and fourth requirements.”

In 2006, a group of researchers first reported the presence of VSELs in mice. Subsequent studies have provided evidence that these cells also exist in human blood and bone marrow and could turn into specialized cells such as lung cells, a finding which may be useful for replacing damaged tissue. But other labs have failed to replicate these findings. Nonetheless, a biopharmaceutical company called NeoStem, which acquired the exclusive license to VSEL technology, plans to apply for Food and Drug Administration approval to carry out a first-in-man trial to test whether VSELs can regenerate bone.

In light of these conflicting results, Dr. Weissman and his team made the most rigorous effort yet to replicate the original VSEL findings. Although they used a variety of protocols, they failed to find VSELs derived from mouse bone marrow that could turn into specialized blood cells. Instead, the “VSELs” appeared to be artifacts such as cell debris and fragments from dying cells. “Our findings clearly refute the basis in mouse studies that VSELs have the potentials claimed, and therefore call into question claims that these cells have potential for clinical application in humans,” Dr. Weissman says.Another article that will be published shortly in the journal Cell Stem Cell reviews the controversy surrounding VSELs and includes wide-ranging commentary from experts in the field.[divider]

Stem Cell Reports is an open-access journal. The article is freely available here:

Mary Beth O’Learyis Press Officer and Associate Media Relations Manager forCell Press(@CellPressNews), based in Cambridge, Massachusetts. She began her career at Cell Press as an Senior Editorial Assistant for the journalCellbefore transitioning into a role as Marketing/Publicity Coordinator. In December, she moved into her position as Press Officer for Cell Press’s 29 journals. A graduate of theCollege of the Holy Crossin Worcester, Massachusetts, she studied literature and art history.