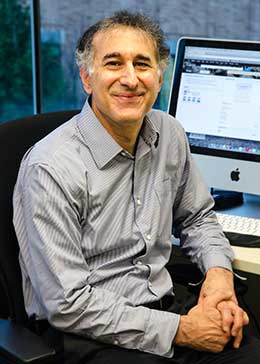 Dr. Michael Emerman, a virologist who researches HIV replication at the Fred Hutchinson Cancer Research Center in Seattle, is Editor-in-Chief of the Elsevier journal Virology. Established in 1954, Virology is one of the oldest journals in its field and publishes the results of basic research in all branches of virology. Dr. Emerman is a long-serving editor of Virology and took on the role of Editor-in-Chief in January. Since then, he has instigated some big changes, dramatically increasing submissions. Recent changes include the launch of a blog, Virology Highlights, which went live this week; bringing on board new editors; and the introduction of Streamline Reviews.

Here he explains why he has high hopes that the latter will contribute to the journal’s success.[divider] 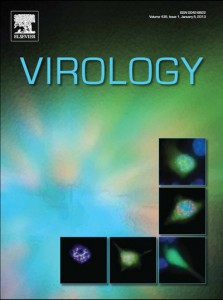 In January, Virology introduced a new program — Streamline Reviews — with the aim of capturing and publishing manuscripts that have been rejected by journals with high Impact Factors. The idea came from one of our editors who described the frustration of resubmitting a rejected manuscript from one high-impact journal to another because of the need to respond to a completely new set of reviewers.

The way Streamline Reviews works is simple. If an author has a manuscript that has been reviewed and rejected by a high-impact journal that publishes papers on the basic science of viruses (a journal with an Impact Factor higher than 8, such as Cell Host & Microbe, Nature, PLOS Pathogens, Proceedings of the National Academy of Sciences and Science), they can send us the original reviews, their rebuttal and a revised manuscript. They should include these extra items as part of their cover letter.

We will then consider the manuscript based on the reviews and usually send the manuscript, reviews and response to one additional expert for an opinion. In theory, this should speed up the review process for these manuscripts — authors do not need to start over at the beginning, and it is easier for someone to give an opinion on the paper with reviews already to hand. This option works best for those manuscripts rejected for perceived reasons of impact, novelty or significance.

The program is still in its infancy. We have received a handful of Streamline Review submissions, but we believe more papers will be submitted this way once the initiative becomes better known. What has been interesting is the very positive feedback we have received from editorial board members and community members, many of whom have experienced the long process of resubmitting a very good manuscript that has just missed the mark at a high-impact journal. In fact, they wonder why Streamline Reviews is not already standard practice amongst journals.

As I mentioned, we have set our bar at an Impact Factor of higher than 8. We decided on that figure after identifying which of our competitor journals featured the kinds of papers we are interested in.

In practice, it has worked well so far. In one case, the additional expert reviewer had also reviewed the paper for the high-impact journal and recommended it be accepted right away since the authors had addressed all previous concerns. In other cases, we have asked for additional changes, but these mostly related to the way the paper had been written and didn’t require the author to carry out additional experiments.

While there was initially some concern that we would not know the identities of the reviewers for the high-impact journal, this has not proved a problem when it comes to evaluating the manuscripts.

Despite complaints, I think the peer-review system serves a wonderful purpose. The role of the editor is to weed out the poor reviews and to use the peer-review system to turn out better papers, and I have seen many papers over the years become vastly improved by reviews. I think that the Streamline Review process is a means to help good papers get published in a faster and more efficient manner without sacrificing any of the benefits of stringent peer review.

A very interesting peer review innovation. It would also benefit from journals’ formal rapid rejection processes, with basically off-the-mark papers not being reviewed in the first place. If I were an editor of a journal that competes with Virology for submissions, I would want to adopt streamline review.

Thank you for your comment. Yes, we also rapidly reject manuscripts that do not fit our scope.

This is very exciting news for the team here at Rubriq, who have developed a standardized peer review system that is independent of journals. Our premise is very close to Streamline Reviews, where shared reviews are used as a way to help accelerate the publishing process. It is encouraging to see forward-thinking journals proactively encouraging this practice.

Our portable reviews are a little different in that they assess a paper’s quality without including a decision from any single journal. The hope is that the depth and quality of information can help any journal make faster decisions. As with Streamline Reviews, there would still need to be an editorial review to assess the paper’s relevance to that journal; it would not completely replace a journal’s own review processes.

We have had some journals express interest in the Rubriq Report as part of a “fast track” submission process. Would Virology consider a Rubriq scorecard as applicable for a Streamline Reviews submission? It could also be used as a screening tool for the rapid rejection process. You can see a sample of our scorecard here – https://secure.rubriq.com/author/submission/report/id/SAMPLE11

Great idea! I have done very similar things as an author – that is, taking reviews and rejection letters from J Gen Virol and Vaccine, and sending the relevant mss (successfully) to Virus Research and BMC Biotechnology, respectively. With a sarcastic letter to the Editor who rejected it in the first place in each instance.

I am glad to see Virology doing this – I wish a few other journal editors would take note!

Yes, although it is not widely known, the re-using of reviews for another journal is already being done on an ad hoc basis by some authors and editors. We decided to formalize the process and to get it out in the open.

This appears to be an interesting concept because it seems to be an approach to accelerate the re-submission process of a rejected paper to another journal with a lower impact factor. As a motivation to introduce this concept for an existing journal one should emphazise that this approach could increase the number of incoming new manuscripts of a journal which has adopted this streamline process. I am sure that publishers will like this. However, is that not exactly a same procedere which was already established by many other journal editors or publishers in the past, at least internally? In fact this is not a totally new idea, I am afraid. My second issue is about the peer-reviewing workflow after re-submission: Having been working myself both as reviewer and editor of high-impact factor journals for some years, I am not fully convinced that the missing information about the original referees’ identity may not impact the quality of the reviewing process. Moreover I cannot see how this approach will significantly reduce the overload of many senior expert in the field by new request for reviewing almost every day or week. Therefore it would be really useful to explore an alternative way of managing the reviewing process rather than simply introducing a re-submission process but I see no approach so far in the field.

I agree that it is great that the streamline review of re-submitted papers already occurs internally between journals with prearranged agreements. What we are doing is freeing it from this constraint.

While this initiative is mostly aimed as a benefit for authors, I do see benefits for reducing reviewer burden as well. In the usual case of a manuscript rejected from a high impact journal for reasons of perceived significance and/or novelty, it will be re-submitted elsewhere and require 2-4 new reviewers. In the streamline review system, it will be seen by fewer new reviewers who have an easier task because of the availability of the previous reviews and author’s responses.