Despite tremendous progress in combatting HIV-1 infection with antiretroviral therapy, there is still no cure for the disease because these drugs do not kill a hidden reservoir of infected cells in the body. A study published by Cell Press today in the journal Cell reveals a multipronged strategy for eradicating this latent reservoir and preventing HIV-1 from rebounding after treatment is stopped in mice.

The findings suggest that a "shock-and-kill" approach involving the activation of dormant viruses with drugs called inducers, combined with virus-fighting antibodies, could represent a promising strategy for curing HIV-1 infection in humans. 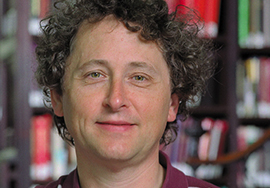 "This is the first time the shock-and-kill approach designed to flush out latent viruses has seen tangible success in an animal model," said senior study author Dr. Michel Nussenzweig, head of the Laboratory of Molecular Immunology at The Rockefeller University in New  York. "The concept will need to be further tested through clinical studies in infected individuals."

Currently, HIV-1 infection can be controlled through a combination of antiretroviral drugs that act at different stages of the virus life cycle. However, these drugs must be taken for life because they do not eliminate inactive viruses within cells. If a patient stops antiretroviral therapy, the previously dormant viruses become activated and detectable in the blood. All previous attempts to alter the HIV-1 reservoir in living animals by combining antiretroviral therapy with other drugs, including inducers that activate genes in latent viruses, have failed.

One potential strategy to overcome this hurdle involves the use of broadly neutralizing antibodies, which can engage the host immune system to kill infected cells. To test this approach and compare it with others, Dr. Nussenzweig and his team injected HIV-1 into mice containing human immune cells and treated them with broadly neutralizing antibodies, inducers, antiretroviral drugs, or combinations of these therapies.

"Disrupting the establishment and maintenance of the latent reservoir is a necessary step in curing HIV-1 infection," said lead study author Dr. Ariel Halper-Stromberg of The Rockefeller University. "This study shows that combinations of antibodies and inducers can play a significant role in this process."

This article is freely available for two weeks, until August 28, 2014: