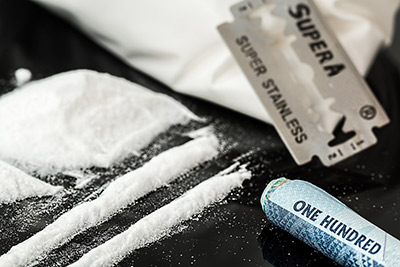 Almost every month, a new club drug hits dance floors around the world. It’s challenging for authorities to keep up with the influx of new products sold by traffickers; among the weapons in their arsenal are effective tests that can detect the new drugs.

Most recently, a new class of drugs known as “new psychoactive substances” has hit the clubs. Sold online or in smart shops as “legal highs,” these drugs pose a problem for authorities because they’re difficult to analyze – there is currently no standard screening test.

A new test for one club drug, ketamine, can detect it at low levels in urine and plasma, making it faster, easier and cheaper to identify. The authors of a new study published in Journal of Chromatography B say it could give authorities the boost they need to keep up with drug traffickers.

Fighting the influx of new drugs 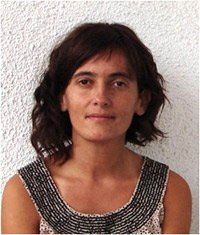 Ketamine – traditionally an animal tranquilizer – causes users to hallucinate. Used as a date rape drug in recent years, ketamine works as a sedative, provides pain relief and causes memory loss. When people with ketamine intoxication attend hospital emergency services, their symptoms can be mistaken easily for alcohol intoxication, resulting in them being given the wrong treatment.

It is vital to develop new tests to detect psychoactive substances, in order to keep up with – and even get ahead of – trends in drug use. The new study describes, for the first time, a fast, simple and fully validated method to detect ketamine in urine and plasma.

“These drugs are difficult to analyze – we see a lot of versatility in the molecules and new drugs are appearing almost every month; traffickers are always one step ahead of the authorities,” said toxicology professor Dr. Eugenia Gallardo, lead author of the study from Universidade da Beira Interior in Portugal. “Analytical methods for detecting drugs in biological samples play a decisive role and their reliability is a matter of great significance in forensic and clinical toxicology.”

The research is the result of a collaboration between toxicologists at Universidade da Beira Interior in Portugal and forensic scientists at Instituto Nacional de Medicina Legal e Ciências Forenses in Portugal and Universidad de Santiago de Compostela in Spain.

A new approach to testing

The researchers extracted ketamine and the main substance produced when it breaks down, called norketamine, from 0.25mL of urine and plasma samples.

Using the new method, they could detect amounts of the drug as low as 5 nanograms per milliliter. Being able to detect the drug at low levels in such small samples is helpful for forensic labs, since it means they would be able to run multiple tests on a single sample. What’s more, the test only takes about 30 minutes from start to finish, making analysis faster and helping doctors ensure the right treatment is administered.

“These low limits of detection and the quite high amounts of the compounds extracted from very small samples make this procedure suitable for laboratories performing routine analysis in the field of forensic toxicology,” said Dr. Gallardo. “Compared with existing methods, our new procedure is faster and more cost effective.”

Elsevier has made this article free access until February 17, 2016:

Dr. Eugenia Gallardo is Professor  of Toxicology at the University of Beira Interior, Covilhã, Portugal. She obtained her PhD in Forensic Medicine from the University of Santiago de Compostela, Spain, in 2006. Her main areas of interest and research are the development of analytical methods for drug analysis in biofluids with special focus on new and solventless extraction procedures (SPME, LLME and MEPS). She has published a number of papers and reviews in international peer reviewed journals and is the supervisor of several MSc and PhD theses.

The Journal of Chromatography B publishes papers on developments in separation science relevant to biology and biomedical research, including both fundamental advances and applications. The journal considers analytical techniques, including chromatography, electrophoresis and related methods, affinity and immunoaffinity-based methodologies, hyphenated and other multi-dimensional techniques, and microanalytical approaches. The journal also considers articles reporting developments in sample preparation, detection techniques including mass spectrometry, and data handling and analysis.