In the fight against global poverty,policymakers are increasingly relying on rigorous research and an open flow ofinformation to help direct public investments. Yet the expertise andperspectives of scholars in developing countries are oftenunder-represented in policy debates, in part because of lop-sided authorshiptrends: in 2013, nearly 70 percent of all scientific articles were authored byresearchers working in the European Union, United States, China and Japan,according to Elsevier’s analysis using Scopus data.

Disparities in academic authorship are driven by both institutionaland social barriers. According to a 2010UNESCO study, researchers in sub-Saharan Africa and Latin America found itdifficult to publish in highly ranked journals because of limitedinfrastructure and resources for research, language barriers, and lack ofincentives and international peer networks.

This year, a new journal will be trying to addressthese challenges. 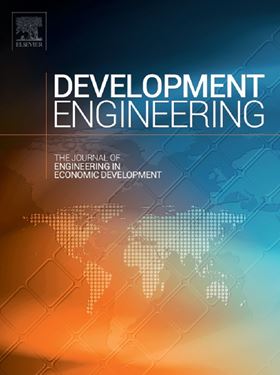 Development Engineering is an open access title that willhighlight technology solutions designed around the economic, social, andenvironmental challenges of poverty. Part of its mission is to connect researchers indeveloping countries with those in more developed areas. It will bepublished by Elsevier, with the first issue in September.

The journal follows the emergence of anew academic field, also called development engineering, which merges insightsfrom development economics and engineering to generate scalable products andservices for low-resource settings. The idea for the publication arose fromresearchers at the Universityof California, Berkeley.

The new journal will help formalize these disciplines and create acoherent, high-impact outlet for research in the field. But it seeks impactbeyond academic publishing. It will serve as a guide for policymakers anddevelopment practitioners, pointing them to new technologies for monitoring,evaluating, and advancing economic development.

In addition, the journal will actively cultivate contributions fromdeveloping country authors through a novel Co-mentorshipProgram. This initiative aims to bridge the publishing gap faced bydeveloping country scholars. It will initially require funding from donors, buta more sustainable business model is in development.

How the Co-Mentorship Program works 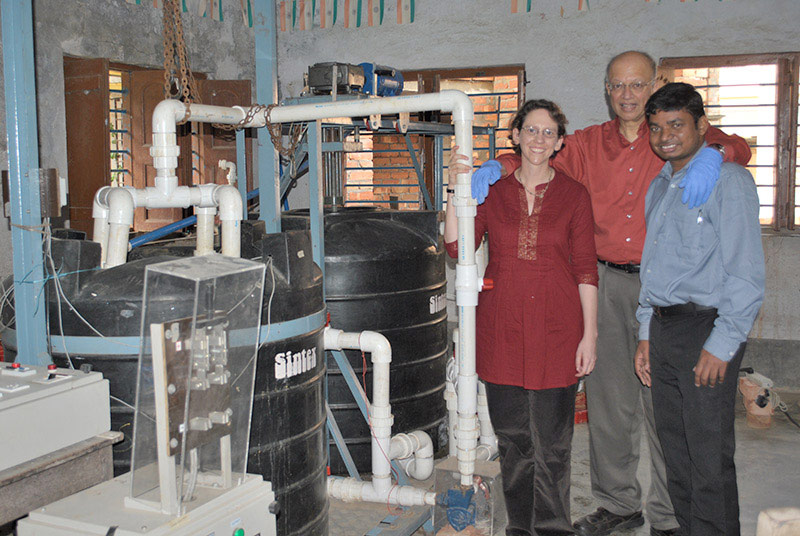 The program works by identifying promising but unpublishablemanuscripts submitted by young authors in low- and middle-income countries.Rather than requesting revision and resubmission, the journal’s editorial boardcan refer authors for co-mentorship. Once enrolled in the program, authors arepaired with a peer investigator with complementary skills, based in a moreestablished research group. The pairs of researchers will receive modest grantsfor joint travel to field sites, or to fund the researcher time needed tostrengthen manuscripts for publication. Together, co-mentors will improve thequality of promising work.

The editorial board of Development Engineering will pairselected authors from developing countries with members of leading researchgroups throughout the world. The journal welcomes academic researchers from anyfield of engineering or quantitative science — from civil engineering andcomputer science to economics and epidemiology. In general, co-mentors shouldbe advanced or seasoned investigators in established labs or research groups.They should have experience working in applied (field) settings, althoughexperience in a developing country is not required. Contact: mentors@dev-eng.org

Why “co-mentorship”? In addition to increasing the number of publications led by developing country authors, the program will create opportunities for well-published scholars from leading institutions to work on problems related to poverty. This may be the first time that a co-mentor from  a developed country has the opportunity to apply their skills in a developing country. Ultimately, we expect participants in the program to exchange valuable knowledge and insights and influence the course of each other’s research.

By increasing publication rates, the Co-mentorship Program also aims to showcase the ideas and novel contributions of developing country scholars, providing more visibility and recognition for their work. Long term, the program will facilitate sustained collaboration between researchers in wealthy  and less developed nations, adding critical insight and perspective to a growing body of knowledge on engineering solutions for the problems of poverty.

“This is a fantastic example of how creative thinking around a new journal launch can not only support the certification and dissemination of research outcomes but also advance the field by fostering research collaboration, benefiting mentees and mentors alike,” said Louise Curtis, Publishing  Director for the Development Engineering journal.

Dr. Paul  Gertler, Co-Editor-in-Chief, of Development  Engineering and Professor in the Haas School of Business at UC Berkeley, said the program meets a crucial need.

There are intensely creative, innovative ideas coming from researchers in developing countries, but we often fail to capture these ideas in high impact academic journals. Development Engineering is building the networks and programs to ensure that we collect the best ideas from around the world.

Development Engineering is an open access, interdisciplinaryjournal applying engineering and economic research to the problems of poverty.The journal serves as a bridge between engineers, economists, and otherscientists involved in research on human, social, and economic development.

Dr. Temina Madon is the ExecutiveDirector of the Center for Effective Global Action (CEGA), a global development research network headquartered at the Universityof California, Berkeley. Her research and training focus on health services andtechnology design for emerging markets. She has previously worked as a sciencepolicy advisor for the National Institutes of Health Fogarty International Center and the US Congress (HELP Committee), with a focus on global health andresearch capacity in developing countries. She has PhD in health sciences fromUC Berkeley and a BS in chemical engineering from MIT.

Dr. Ashok Gadgil is Science and Technology Deputy for Energy Technologies at the Lawrence BerkeleyNational Laboratory and a Professorof Civil and Environmental Engineering at the University of California,Berkeley. His research focuseson technical, economic and policy aspects of energy efficiency and itsimplementation, particularly in developing countries. He has several patentsand inventions to his credit; among them is UV Waterworks, a technology to inexpensively disinfect drinking water in developingcountries. In 2014 he was elected to the US National Academy of Engineeringand was inducted into the National Inventors Hall of Fame. In 2013, he receivedthe Silver Prize in the Reed-Elsevier "Environmental Challenge" Award,for invention of a low-cost technology to remove arsenic from drinking water. Hehas a PhD in physics from UC Berkeley.

Other contributors to this report include Joe D’Angelo, SeniorPublisher for Civil Engineering at Elsevier; Carson Christiano, PartnershipsDirector at CEGA; and Sarah White, Program Manager at CEGA.