Work-life issues cross gender lines and lead to attrition, say leaders of the Association for Women in Science (AWIS) 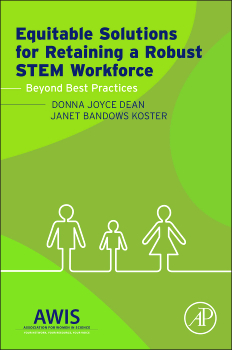 A new book from the Association for Women in Science (AWIS) addresses work-life integration and satisfaction issues faced by those in STEM careers (science, technology, engineering, and mathematics). Equitable Solutions for Retaining a Robust STEM Workforce: Beyond Best Practices will be released February 15 at the annual meeting of the American Association for the Advancement of Science (AAAS) in Chicago.

The authors are Dr. Donna Joyce Dean, an expert on STEM workforce issues, and Janet Bandows Koster, Executive Director and CEO of AWIS. They wrote the book to provide both STEM work environments in both the academic and private sectors with the tools they need to retain their workforce, especially women. However, while work/life satisfaction is typically regarded as a women's issue, they find that it actually crosses gender lines.

"The issue of developing STEM talent is at the top of the national conversation, but the attrition of top talent from the scientific workforce severely hampers countries' ability to lead in innovation and stay globally competitive in these disciplines," said Bandows Koster. "Women make up 51 percent of the overall US workforce but account for only 25 percent of STEM workers. More significantly, women who have advanced degrees in STEM are far more likely to leave related occupations than women in other professions."

The book was developed as a result of the largest global survey ever undertaken about work/life integration issues among scientists: The Work-Life Integration Overload. More than 4,000 researchers in both academic and corporate settings responded to the study that revealed 83 percent work more than 40 hours per week and that half those said that work demands conflicted with their personal lives at least two to three times per week. (See the survey below.)

The survey's findings raised serious concerns about retaining the necessary level of scientific talent required to sustain innovation. The data showed that key factors including lack of flexibility in the workplace, dissatisfaction with career development opportunities and low salaries, are driving many researchers of both genders to reconsider their profession. 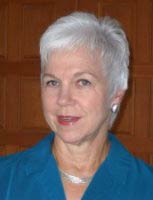 "Many institutions and organizations have begun to recognize the need to address this issue," said Dr. Dean. She explained that the book provides case studies of successful, well-researched programs that are models for both academic as well as corporate workplaces.  Each chapter has practical tools that can be rescaled to develop programs similar to those described in the case studies.

The project was funded by the Elsevier Foundation. "Millions are being invested to encourage young people to consider STEM based careers," said Executive Direct David Ruth. He mentioned the foundation's New Scholars grant recipients, who have created evidence-based programs that address the work/life challenges of STEM employment, including dependent-care responsibilities, dual-career relationships, mentoring, as well as the ability to travel to professional meetings.

"If we want to retain our STEM workforce, we have to help those professionals be both successful and satisfied in this career choice."

Attracting workers into science and technology fields could be hampered by work-life integration issues according to a new international survey. Drawing data from 4,225 publishing scientists and researchers worldwide, the Association for Women in Science (AWIS) finds that lack of flexibility in the workplace, dissatisfaction with career development opportunities, and low salaries are driving both men and women to reconsider their profession. This report was published in March 2012.