New book challenges ‘the absurd rules that blight our lives’ 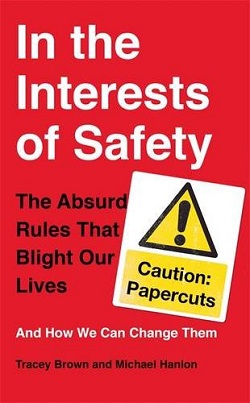 Many of us have wondered what our mobile phones would actually do if we didn't switch them off to fly, to fill up the car or when visiting people in a hospital.

What about the airport security fuss of having to discard over-sized bottles of liquids, nail scissors and pens? Does it have any foundation? Even cabin crew are restricted, leading one pilot to proclaim that confiscating his serrated butter knife seemed pointless when he would soon be in control of a large lump of metal and several thousand gallons of kerosene traveling at 500 miles an hour.

And what about countries that ban pasteurized cheese or Kinder Eggs? Do they have lower rates of listeria or choking?

Parents have been puzzled by restrictions on photographing children's events, taking children swimming, and school outings – all urged upon us "in the interests of safety."

Safety and security rules have mushroomed in many parts of our lives and they seem to be increasingly foresight-driven: they anticipate all potential harm, however unlikely it might be. But how many of these rules are actually based on scientific evidence?

It turns out that many are not. In British swimming pools, the rule that an adult can accompany no more than two children under 8 years of age did not follow a spate of accidents involving adults with three or more children. The rule came about because a professional body set up to improve the management of recreation centers had "just thought" it was a safe approach, rather than looking at the evidence for what causes drowning.

Asking for evidence about safety rules and regulations is the premise of a new book by Sense of Science Director Tracey Brown and science journalist Michael Hanlon: In the Interests of Safety: the absurd rules that blight our lives and how you can change them.

The book was inspired by Sense About Science's Ask for Evidence campaign. 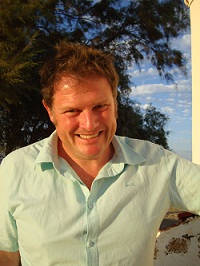 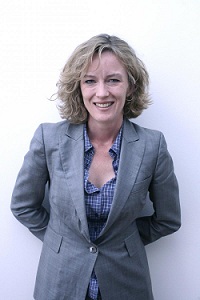 At Sense About Science, we encourage people to ask for the evidence behind news stories, marketing claims and policies. The Ask for Evidence campaign began when the numbers of people contacting us — to find out whether claims on products or in the news or behind policy announcements were based on evidence – became too big for us to handle. We began to help them ask for evidence for themselves, and then to go on to look at how firm that evidence is, whether it is from published, peer reviewed studies, from studies that are large enough, from systematic reviews and so on. In the process, we are seeing the start of a new level of public accountability and an active public engagement in getting questions answered.

In their book, the authors recount their challenges to the seemingly unexplainable safety and security rules that have been introduced in many areas of life. Safety and security, they argue, are precisely the kind of appealing terms that cause us to overlook whether a measure actually works, whether it's new airport security screening procedures or stopping parents from taking more than two children swimming in the public pool. They scrutinise these, along with everything from quarantining pets to preventing cybercrime to using your mobile phone on a plane.

The book is essentially a manifesto for insisting that when someone claims a measure is needed "in the interests of safety," it is justified. Our role in this as citizens is to ask for that justification. If there is no evidence that a rule is sensible or logical, then it can be challenged.

Rules are often created, they argue, by assuming the worst and then acting as though it is likely to happen, what US journalist Lenore Skenazy calls "worst-first thinking." But as the authors point out, there is no good reason to believe using a mobile phone will cause a conflagration at a petrol station or interfere with the autopilot on a jumbo jet.

But what constitutes good evidence? It is often not a straightforward matter to work out whether the evidence, if it is provided, backs up a claim. Likewise, people making claims vary considerably in what they consider to be evidence – from a collection of anecdotes or testimonials to a systematic review of all the data collected by well-designed studies. A big part of the Ask for Evidence campaign is to help people to share their experiences and get advice on how to weigh the claim against the evidence. Part of that process is sharing resources to assess research. Chief among these is our public guide to peer review: I Don't Know What To Believe, now in its sixth year and reprinted 10 times in association with Elsevier and other partners.

But the bigger challenge is to embed an Ask for Evidence philosophy into society. We need the kind of culture change that In the Interests of Safety is seeking by showing people that the things that frustrate and worry them can be questioned, and the people behind them held accountable. The various unwitting heroes featured throughout the book show the essential role played by citizens who ask searching questions.

At Sense About Science, we've started to see results from our Ask for Evidence campaign. For example:

We need to take the message and spread it: Never assume that someone, somewhere, must have looked at the evidence – or that evidence might have played any part in a decision. If we do this, then we relegate rule-making to those who are susceptible to short-term thinking, tokenism, defensiveness and advancing their own interests. By asking for evidence and insisting on sound reasoning, we can instead work out what is making our lives better and what we don't need.

In the Interests of Safety: the absurd rules that blight our lives and how you can change them, by Tracey Brown and Michael Hanlon, was just published by Sphere. [divider]

Every day, we hear claims about what is good for our health, bad for the environment, how to improve education, cut crime and treat disease. Some are based on reliable evidence and scientific rigor. Many are not. These claims can't be regulated; every time one is debunked another pops up – like a game of whack-a-mole. So how can we make companies, politicians, commentators and official bodies accountable for the claims they make? If they want us to vote for them, believe them, or buy their products, then we should ask for evidence. Read about our Ask for Evidence campaign.

If you have come across questionable examples of policies, notices and claims that are "in the interest of your safety and security," you can share related stories on the Interests of Safety Facebook page. 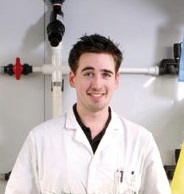 Dr. Chris Peters is the Scientific Liaison at Sense About Science and is part of the team coordinating the Ask for Evidence campaign. He also runs the plant science panel. He has a PhD in plant biology from the University of Sheffield, where he also completed his undergraduate and master's degrees in biological sciences.

Prior to joining Sense About Science, Chris worked as a policy intern at the British Ecological Society and as an energy policy and climate science blogger at Carbon Brief.