Mutated gene linked to both autism and intellectual disability

Autism spectrum disorder and intellectual disability often occur together and may even share similar genetic causes. Researchers reporting in the Cell Press journal Cell Reports have now linked mutations in a particular gene to the two disorders in humans. By revealing these genetic changes and their potential impact on common brain processes, researchers may uncover treatment approaches that could benefit a variety of patients.

The researchers studied four families with a total of 16 individuals affected by a spectrum of cognitive and social impairments.

The research team, led by investigators from Boston Children's Hospital and Harvard Medical School, discovered two mutations in the CC2D1A gene that prevent the gene's expression. When inherited from both parents, the lack of gene expression can cause mild to severe intellectual disability, autism, and/or seizures. The scientists then explored the function of this gene through experiments in mice.

Senior author Dr. Christopher Walsh, Professor Emeritus in the Department of Biological Chemistry & Molecular Pharmacology at Harvard, explained: "A neuron must perform a very complex balancing act to respond to signals from other cells, and we found that CC2D1A is a key component in controlling this balance. A critical part of that balance involves the control of a signaling pathway that relies on NF-kappaB, a protein necessary for the survival and function of neurons. Reducing CC2D1A expression in mice led to decreased complexity of neurons and to increased NF-kappaB activity. Furthermore, the effects of CC2D1A depletion in neurons could be reversed by treating the mice with compounds that inhibit NF-kappaB activity." 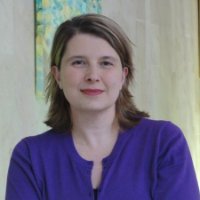 Lead author Dr. Chiara Manzini, Assistant Professor of Pharmacology & Physiology in the School of Medicine & Health Sciences at George Washington University in Washington, DC, said the findings had implications for the development of new treatments:

We hope that in the future, by fully understanding how this gene affects signaling in the brain, we may be able to identify drugs to restore the normal signaling balance in neurons and improve cognitive and social function in patients. In addition, by studying how the same exact genetic change can cause either intellectual disability or autism, we can explore how these disorders originate and where they overlap.

The researchers plan to investigate what percentage of individuals with intellectual disability and autism carry CC2D1A mutations and to determine whether other genes affect neurons in a similar fashion.

This article is available online via the open access journal Cell Reports: