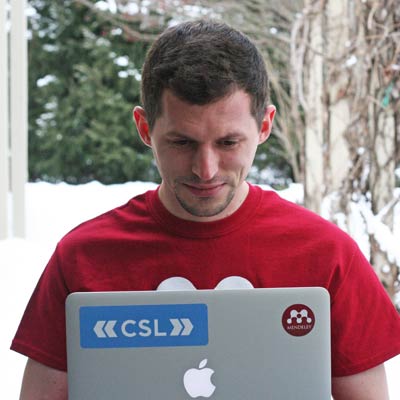 If you are familiar with Mendeley, the academic collaboration platform and suite of cloud-based research productivity tools that Elsevier acquired in 2013, it is possible that you've already come across the Citation Style Language (CSL). This is an open-source project run by a small team of volunteers that has become very popular in recent years.

CSL is XML-based language used to describe the formatting of citations and bibliographies. It offers more than 6,750 citation styles for thousands of scientific journals, and it's used by more than 20 software products, including the Mendeley platform.

In a nutshell, it means that citations can be automatically formatted in the correct style of the authors' choosing, which varies a lot depending on which journal or publication they are writing for.

To support this initiative that actively helps the global research community, Elsevier and Mendeley have just announced the first major financial contribution to the long-term sustainability of the CSL project by making a $5,000 donation.

CSL was created in 2008 by Dr. Bruce D'Arcus, Department Chair and Associate Professor of Geography at Miami University in Ohio.

Mendeley already has a long history of involvement with the CSL project: since 2008, the platform has been using CSL styles to format citations and bibliographies, and from 2010 it incorporated the open source citeproc-js CSL processor developed by Professor Frank Bennett, of Nagoya University Graduate School of Law in Japan.

Mendeley also contributed extensively to its development, collaborating with Columbia University Libraries to create the Visual CSL Editor, which was funded by a Sloan Foundation Award and released in 2012.

Carles Pina, a software engineer at Mendeley who worked with CSL developers Sebastian Karcher and Dr. Rintze Zelle to improve the central CSL style repository and help create CSL styles for 1,500 Elsevier journals – explains the importance of the project:

Citations and bibliographies are one of the key functionalities of the Mendeley Desktop. Having a huge amount of high-quality citation styles helps researchers focus on writing and not formatting, and it also helps Mendeley focus on adding value by being innovative instead of maintaining styles.

Karcher and Dr. Zelle said Mendeley's level of involvement is crucial in helping them move CSL forward and they hope others will follow their lead. They said they plan to continue improving CSL, with better support for multilingual citations, legal citations and archival sources.

The CSL project also continues to reach out to publishers to further increase the number of journals covered by CSL styles.[divider] 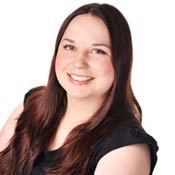 Alice Atkinson-Bonasio (@alicebonasio) is PR and Communications Manager for Mendeley, the company that created the Mendeley research collaboration platform and workflow tool and was acquired by Elsevier in April. She holds an MA in creative and media enterprises from the University of Warwick and is completing a PhD in online marketing at Bournemouth University. She is based in Mendeley's London office.