Professor Nikolaus Pfanner talks about his work, its relevance to medicine – and the importance of basic research 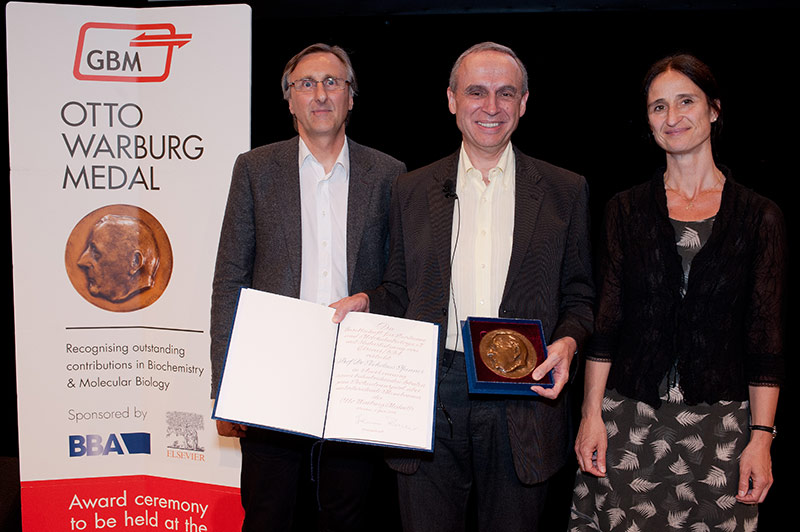 On Sunday, Prof. Nikolaus Pfanner, a world-leading cell biologist at the University of Freiburg, was awarded the Otto Warburg Medal – the highest German distinction in the field of biochemistry and molecular biology. The award, granted by the German Society for Biochemistry and Molecular Biology (GBM) along with Elsevier and its flagship journal BBA – Biochemica et Biophysica Acta (BBA), honors his findings on the biogenesis of cell organelles and the transportation routes of proteins through the membranes of mitochondria. The ceremony was held at the 40th FEBS Congress in Berlin, hosted by GBM and the Federation of European Biochemical Societies.

Afterwards, Elsevier’s Petra Ullrich interviewed Prof. Pfanner about his research, the cooperation between the GBM and Elsevier/BBA and the importance of life science awards to researcher’s careers.

Your research has for years focused on biogenesis and architecture of mitochondria. What motivates you to work in this field? In your opinion, is there still much to discover? 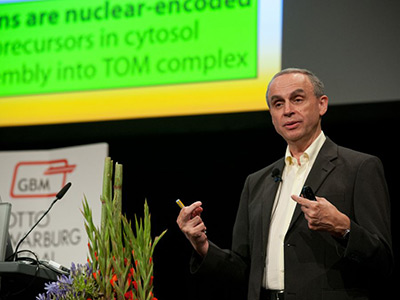 Mitochondria are the powerhouses of cells. For many years it was assumed that mitochondria are semi-autonomous organelles that show little connection to the rest of the cell. Now we know that mitochondria are deeply integrated into cellular metabolism and signaling and play a central role in programmed cell death. Dysfunction of mitochondria leads to numerous human diseases, in particular of the nervous system and of the heart.

It is exciting to study how an entire cell organelle is built. The biogenesis of mitochondria turned out to be much more complicated than anticipated. We want to understand how the mitochondrial proteins find their correct working place, how they are assembled into molecular machines and how these processes are regulated. Recent studies revealed that mitochondrial machineries with seemingly different functions such as protein transport, respiration, quality control and membrane dynamics are physically connected.

We are just at the beginning to understand how the different machineries cooperate and form a dynamic network in mitochondria. In order to understand the impact of mitochondria in health and disease, it will be crucial to define the organization of machineries in two membranes and their connection to other cellular compartments. 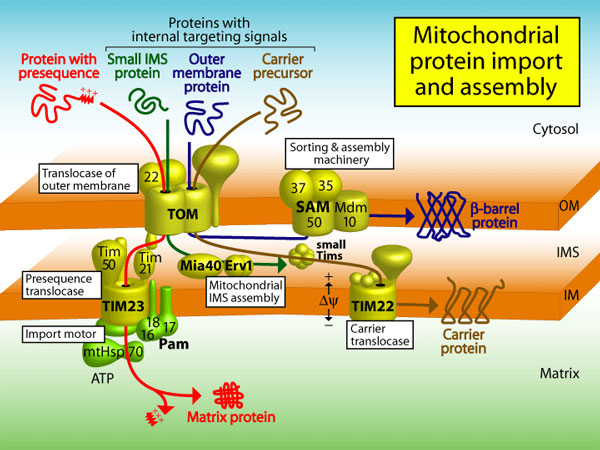 Many people view basic research as being abstract. Do you have any examples to showcase how your research results can be utilized?

Basic research is fundamental for the development and success of science. Most major discoveries in the life sciences were made by basic research that was just driven by the curiosity and enthusiasm of scientists. Fortunately, in the German scientific community, basic research has a very high value. It is the driving force for innovation that will lead to future practical applications. Our studies on mitochondria were motivated by our interest to understand the making of this exciting organelle.

You mentioned that it is important to bring research closer to the public. From your experience, could you provide us with a successful example?

It is indeed important that scientists explain their studies to the general public. What are the questions and why is it so exciting and important to understand the basis of life, the organization of cells? Of course, scientists should avoid complicated nomenclatures and use a language that is understandable when talking to the public. For example, I like to compare the transport of mitochondrial proteins with workers who have to find their correct working place in the powerhouses. The workers can use different transport routes and there are gatekeepers, channels and chaperones that guide the workers. I received a lot of positive feedback when presenting our studies on mitochondrial biogenesis in lectures open to the general public, to high-school students, first year undergraduate students, the patients of a hospital, colleagues working in humanities and their relatives and so on. There are so many people, who are interested in learning about scientific developments. It is real fun discussing with them and getting different perspectives and sometimes also stimulating ideas for future studies.

As is often the case in exciting developments, common scientific goals and personal contacts have to fit together. Ulrich Brandt, who has been the Secretary General of the GBM for many years, became Editor-in-Chief of BBA. He soon recognized the excellent combination and mutual interest in promoting innovative research in biochemistry, biophysics and molecular biology and thus initiated the partnership together with colleagues from Elsevier. The high visibility of the OWM provides an excellent platform to present research findings to young scientists and to the public and thus will stimulate the interest in basic research.

The Otto Warburg Medal is the most prestigious Life Science award in Germany that honors outstanding, internationally recognized results in fundamental biochemical and molecular biological research. How does it feel to receive this prize?

I have admired the pioneering work of Otto Warburg since I was a student. Seeing the list of eminent scientists who have received the OWM previously, I feel deeply honored to receive this award. Importantly, the OWM honors the work of my entire team of excellent and enthusiastic scientists. In the life sciences, teamwork is of utmost importance, and I have been lucky to gather an outstanding group of coworkers. The primary motivation for conducting research, however, is the fun of studying unsolved questions, not career opportunities or prizes.

What are your future plans and what will you use the prize money for?

We have so many open questions on how cell organelles talk with each other, how molecular machineries and membrane systems are connected to build a functional cell organelle. I look forward very much to addressing at least some of the questions and to training young scientists on their way to independence. Regarding the prize money, I have not thought about direct plans so far since it is so great to have flexible funds for future activities. 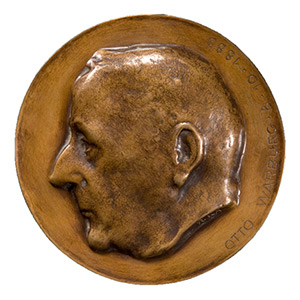 Since 2012, GBM has been cooperating with Elsevier and its flagship title BBA – Biochemica et Biophysica Acta (BBA). From their early beginnings, both the GBM and Elsevier have been devoted to supporting and enhancing excellence in research. With the Otto Warburg Medal, they join forces to acknowledge pioneering achievements by outstanding international scientists, thereby inspiring young researchers and attracting the wider public’s interest in science. Elsevier and its journal BBA are the exclusive sponsors of this medal, with a prize of 25,000 Euros to support continued research by the awardees.

Dr. Nikolaus Pfanner, Professor of Biochemistry at the Institute of Biochemistry and Molecular Biology of the University of Freiburg, concentrates his scientific studies on the energy budget of living cells. In particular, he is fascinated by mitochondria, the so-called power plants of the cells. They supply energy for the cell to fulfill its life-sustaining functions. Together with his team, he was the first scientist worldwide to succeed in defining the protein composition of these cell organelles.

Apart from the architecture of mitochondria, Prof. Pfanner’s research also focuses on the pathway of proteins from the cytosol of the cell through the mitochondria membranes to their destination in the cell power plants. In an ideal way, Prof. Pfanner succeeded in presenting the complex processes of protein folding and inner cellular transport in an understandable manner and to arouse the interest of non-scientists in his fundamental research.

Prof.  Pfanner studies how the about 1,000 different proteins of the mitochondria reach their workplace with the right transport machines and which bonds are formed or dissolved. He discovered molecular gate keepers, locks and “traffic policemen” controlling and monitoring these processes. The biochemist knows that even smallest errors in protein transport might result in diseases of the nervous system. 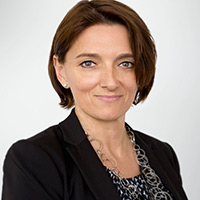 Petra Ullrich holds a Master of Science degree in biology from the University of Heidelberg and has worked for Elsevier for more than 10 years in different roles. She has in-depth experience in communication and marketing in scientific environments and in her current role as Regional Marketing Director Europe she manages a team of marketing managers in Western Europe.

Last year, she interviewed Professor Rudolf Jaenisch about the Otto Warburg Medal, his research and the differences in stem cell research in Germany and the United States.