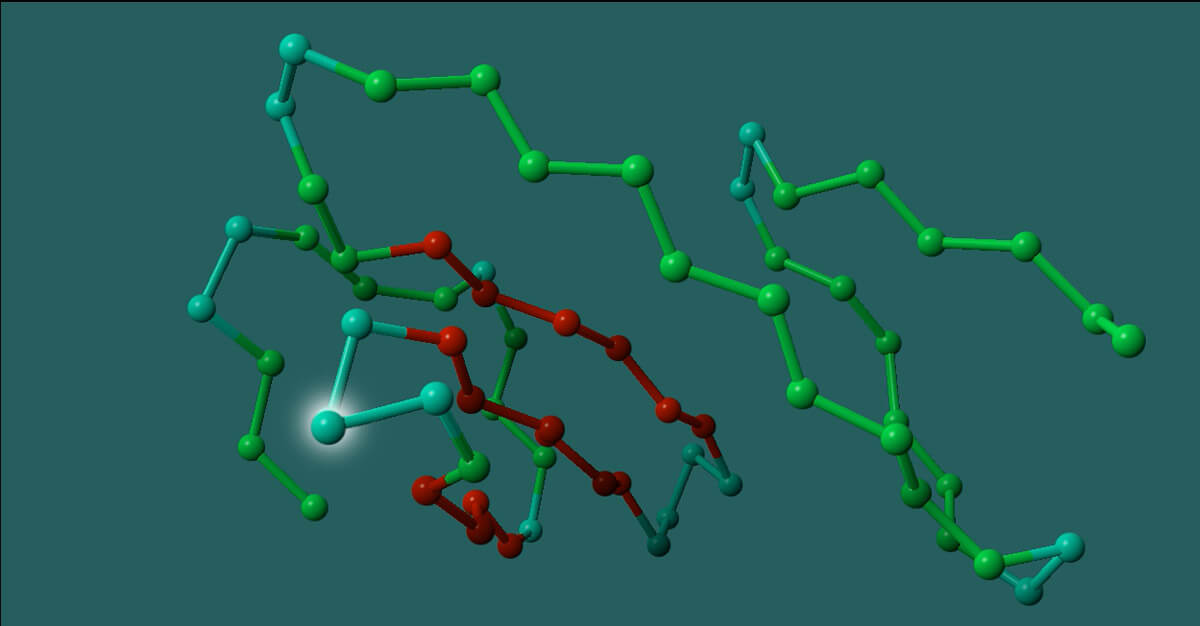 Using a technique called sonification, researchers can now transform data about proteins into musical sounds, or melodies. The balls light up with corresponding musical motives. (Credit: Bywater and Middleton)

Scientists can now gain new insights into how proteins work by listening to them. A music professor and a chemical biology researcher have developed a technique to transform data about the structure of proteins into melodies. Their study, just published in the journal Heliyon, shows how musical sounds can help scientists analyze data using their ears instead of their eyes. 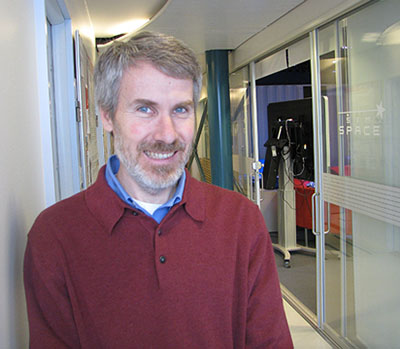 “We are confident that people will eventually listen to data and draw important information from the experiences,” said Dr. Jonathan Middleton, a composer, music scholar and professor at Eastern Washington University and in residence at the University of Tampere in Finland. “The ears might detect more than the eyes, and if the ears are doing some of the work, then the eyes will be free to look at other things.”

Proteins are molecules found in living things that have many different functions. Scientists usually study them visually and using data; with modern microscopy it is possible to directly see the structure of some proteins.

Using a technique called sonification, the researchers can now transform data about proteins into musical sounds, or melodies. They wanted to use this approach to ask three related questions:

They found that a large proportion of people can recognize links between the melodies and more traditional visuals like models, graphs and tables; it seems that hearing these visuals is easier than they expected. The melodies are also pleasant to listen to, encouraging scientists to listen to them more than once and therefore repeatedly analyze the proteins.

The sonifications are created using a combination of Dr. Middleton’s composing skills and algorithms, so that others can use a similar process with their own proteins. The multidisciplinary approach – combining bioinformatics and music informatics – provides a completely new perspective on a complex problem in biology.

“Protein fold assignment is a notoriously tricky area of research in molecular biology,” said Dr. Robert Bywater of the Francis Crick Institute in the UK. “One not only needs to identify the fold type but to look for clues as to its many functions. It is not a simple matter to unravel these overlapping messages. Music is seen as an aid towards achieving this unraveling.”

The researchers say their molecular melodies can be used almost immediately in teaching protein science, and after some practice, scientists will be able to use them to discriminate between different protein structures and spot irregularities like mutations.

Proteins are the first stop, but our knowledge of other molecules could also benefit from sonification; one day we may be able to listen to our genomes, and perhaps use this to understand the role of junk DNA.

Read about this in The New York Times, Newsweek, Science Daily, STAT News and La Repubblica.

See (and hear) for yourself 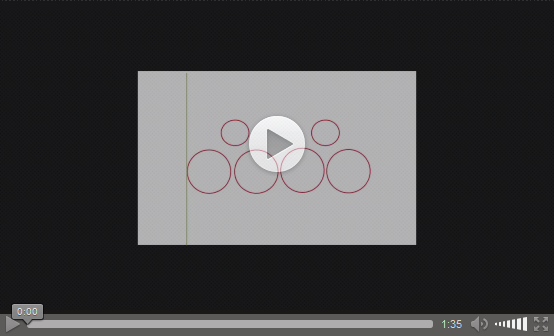 Supplementary Video 1. Negative control for perceptual sonification survey. The melodic sounds have no planned connection to the circles. There should be little or no perceived similarity. (Credit: Bywater and Middleton, Heliyon, October 2016) 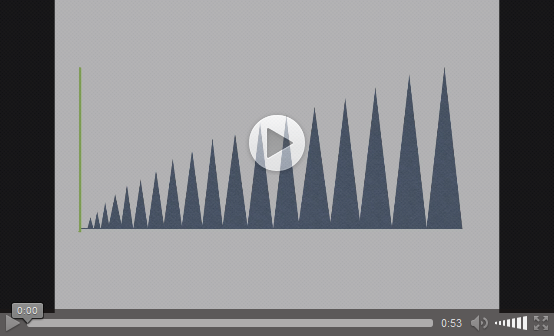 Supplementary Video 2. Positive control for perceptual sonification survey. The melodic lines are created from the numbers that form Pascal’s triangle. There should be some perceived similarity. (Credit: Bywater and Middleton, Heliyon, October 2016) 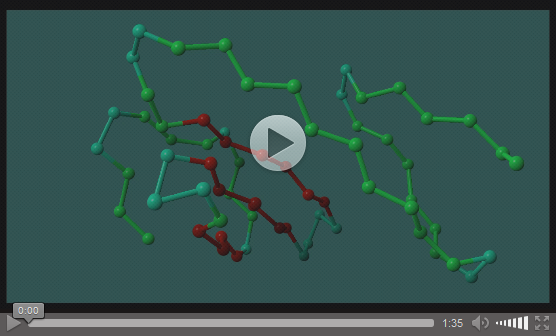 Using a technique called sonification, researchers can transform data about proteins into musical sounds, or melodies. The balls light up with corresponding musical motives. (Credit: Bywater and Middleton, Heliyon, October 2016)

Heliyon is an online only, fully open access journal from Elsevier publishing quality original research across all disciplines. All Heliyon papers are freely available on both Heliyon.com and ScienceDirect. Heliyon is also indexed on Scopus and PubMed Central, ensuring it reaches the widest possible relevant audience. 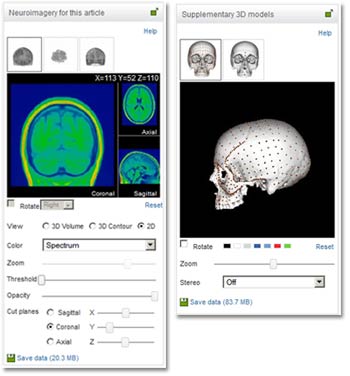